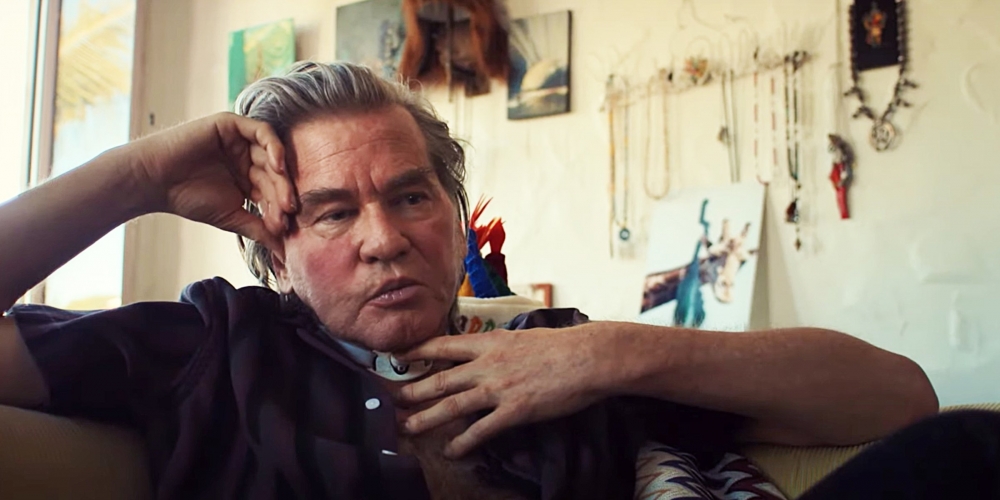 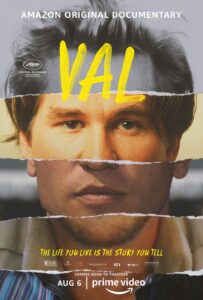 Val Kilmer is no longer the dashing, handsome method actor/movie star you might remember from Top Gun, The Doors, and Heat. At 61, he’s a cancer survivor who struggles to speak, even as he still has a sparkle in his eye.

He’s also got a warehouse full of home movies from his childhood and videotape shot in the make-up trailers and on sets of the movies he worked on. They’re the bedrock of this documentary, which allows Kilmer to tell his own story with his own footage. His son, Jack, provides his voice in voice-overs.

Kilmer tells us about his family, his life growing up in the San Fernando Valley. He blames his father’s distance and his mother’s mystery for his perfectionism. He seeds his own tragedy early, with the accidental death of his beloved, creative brother, Wesley, at age 15. 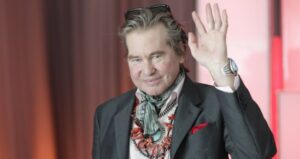 He goes on to Juilliard and finds success on stage and very quickly in movies, but despite his becoming a star and a respected actor in Hollywood, he’s never been satisfied. You get the sense he feels he was denied the roles someone of his commitment and talent deserved.

We get to see his self-made audition tapes as he looks for parts in Stanley Kubrick and Martin Scorcese pictures. They’re terrible, inadvertently revealing why those directors rejected him. There’s a baked-in sense of entitlement about Kilmer. It’s the thing that made him so good as Jim Morrison in The Doors and the effete, aristocratic, and tubercular Doc Holiday in Tombstone, roles that demanded both charm and self-satisfaction. 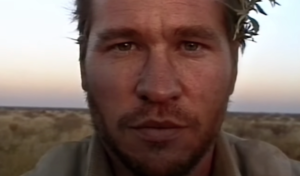 The archival footage also reveals his ironic wit. He seems to take nothing seriously except the work, which he’s painfully serious about.

And it’s clear he never saw a lens he didn’t fall in love with — it’s impossible to ignore how much he loves attention, the actor’s crutch. And therein lies the real tragedy. His voice — which plausibly and impressively doubled as Jim Morrison’s singing voice — is his best tool. That’s been taken from him. These days he makes a living meeting fans at conventions and signing autographs.

When stories of his being a pain in the ass to work with scuppered his career in the late ’90s as a leading man, his talent and fame helped to keep him working pretty regularly into the new millennium in movies like Kiss Kiss, Bang Bang with Robert Downey Jr.

Kilmer eventually creates his dream part in a dream project, a one-man-show on stage as Mark Twain. Kilmer felt drawn to Twain because he was convinced he and America’s greatest writer had so much in common. His plan was to earn enough money touring the show in theatres to finance a film version, but before he could do that he got sick.

If the illness has humbled him, or provided more self-awareness — he finally admits he’s behaved both badly and bravely, a humblebrag if ever there was one — it hasn’t diminished either Kilmer’s creativity, nor his playfulness. Val is fascinating showbiz artefact, undeniably intimate and reflective, even though as a portrait of the artist it’s next to impossible to tell where the man begins and the character ends. The Saint, a mid-’90s blockbuster about a gentleman thief who’s also a master of disguise, might have been his signature role. 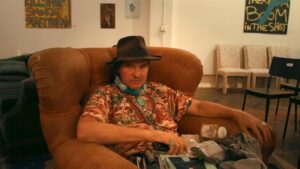 The one true thing to take from Val is Kilmer’s abiding love for his kids, the product of his marriage to English actor Joanne Whalley. With Jack and Mercedes on board here as producers, they must love him, too. There’s his real legacy, and the best part of this whole thing.