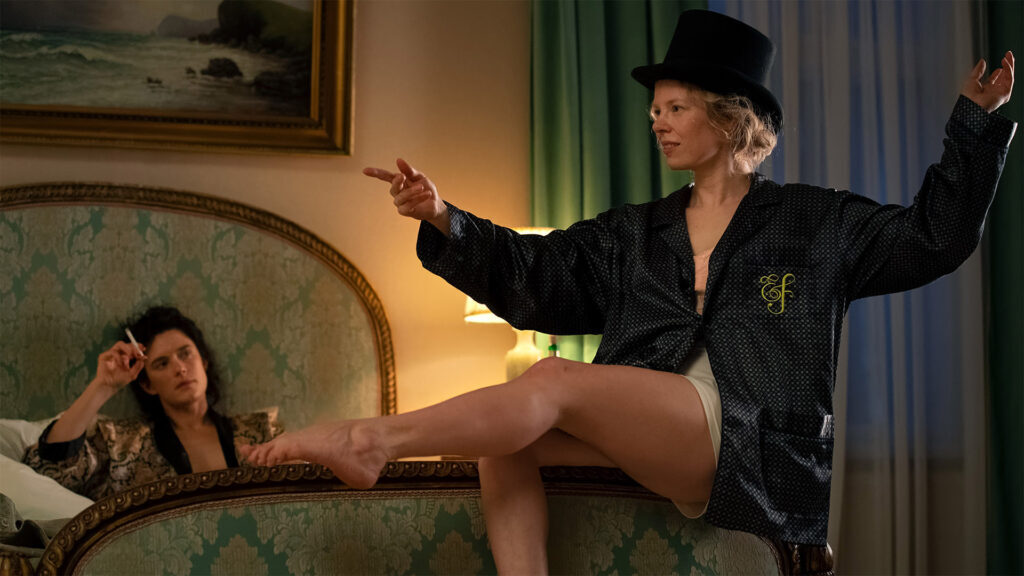 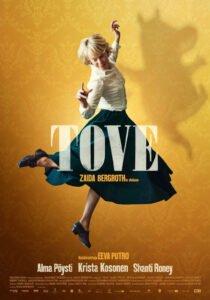 If you were like me and you weren’t familiar with Tove Jansson, creator of the comic strip Moomins, this biopic will be eye-opening on a sheer information delivery level. 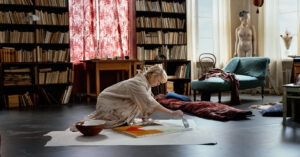 It may surprise even more for what it achieves as a portrait of the bohemian, pleasure-seeking ways of artists in the Helsinki scene during and after the Second World War.  What’s most impressive about the biopic is it’s a moving, vivid character study about both the commitment to a creative vision, despite expectations of others, and the indiscriminate truth of love. 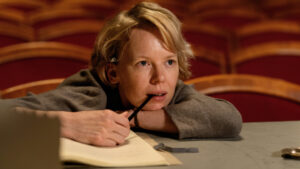 We meet Jansson (Alma Pöysti, open-faced and impressive) toward the end of the war, a protégé pressured to commit to painting by her art-star father (Robert Enckell). As she starts to get interested in a more cartoony style, which due to her father’s pressure she can’t take seriously, she also bounces between two lovers: philosopher Atos Wirtanen (Shanti Roney) and upper-crust theatre director Vivica Bandler (Krista Kosonen). 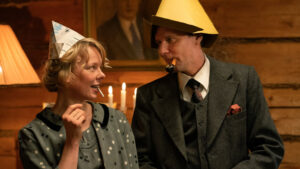 At its core this is about  the relationship between Jansson and Bandler, the attraction and the heartbreak, with Wirtanen standing by in the wings.

Pöysti creates a character determined to find and exercise her own voice, exploring her creative and sexual frontiers, but in doing so also discovers the limits of both, and what she really wants to achieve. In a lot of ways, the film is a coming-of-age story, but at no time is it ever in danger of being stuffy, stiff, or forced in the way so many biopics can be, especially when they make an effort to cover a larger portion of the subject’s life. 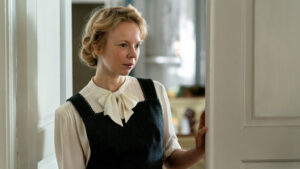 Full credit to Pöysti, whose naturalism  on screen makes her easy to fall for as she navigates her own needs and attempts to understand those around her.  She had me thinking she might be Michelle Williams’ Finnish sister.