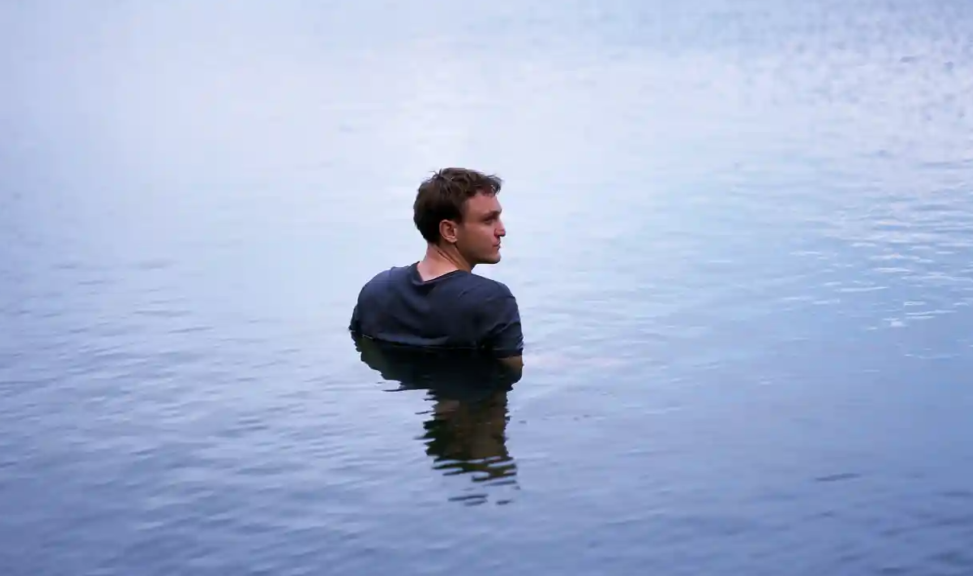 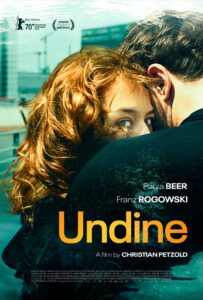 Here’s a genuine puzzle of a film, one that sets off as a straight ahead romantic melodrama, more the type I’d expect to see in French movies than German, but then reveals itself to be something entirely different, a fantastic parable.

The picture starts with a break-up at a charming Berlin cafe. Undine Wibeau (Paula Beer, who won the Silver Bear for Best Actress this year at the Berlin International Film Festival), a historian, has just been left by her boyfriend, Johannes (Jacob Matschenz). She’s distraught, saying she will kill him if he leaves — a prediction more than a threat. 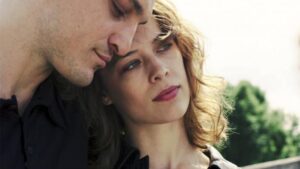 She goes to her job explaining to museum visitors, in front of enormous models and photos, how East and West Berlin were mended, rebuilt after the fall of the wall. Going back to the cafe, Undine meets industrial diver and underwater welder Christoph (Franz Rogowski), and they immediately spark — a spark that shatters the cafe’s fish tank, Mission: Impossible style, covering them both in water and shards of glass. 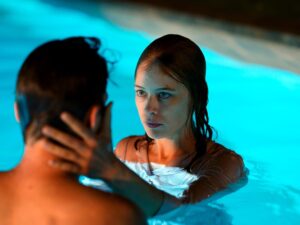 Undine visits Christoph out at his workplace, a country reservoir, by train. He travels into the city to visit her. Their love is immediate and wonderfully pure, shared on transit platforms and small rooms, a connection sustained over distance. But, Johannes reappears, and perhaps Undine will be forced to fulfill her promise to him. 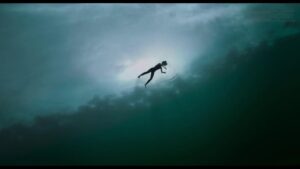 Characters here exist framed by architecture, through windows, by trains, and train stations, while a simple, somewhat syrupy piano signature follows them around on the soundtrack — all part of a narrative that’s progressively more poetry than prose. It feels like a departure for the filmmaker, though Petzold’s past couple of films, Transit and Phoenix, have both dabbled in realism while demanding a hefty suspension of disbelief through their plotting. 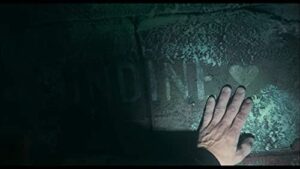 Whether Undine is as the mythology suggests, a water nymph, Petzold keeps his hand close to his chest, at least until the final few scenes where the ambiguity shifts to whether Christoph’s perception is addled by injury. 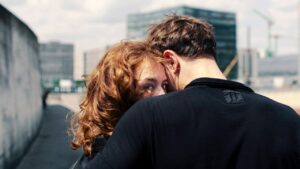 I’m not sure this all works, nor that I entirely understand it — there might be something lost in translation when the audience isn’t super-familiar with Germanic myths — but nevertheless the film casts a spell.