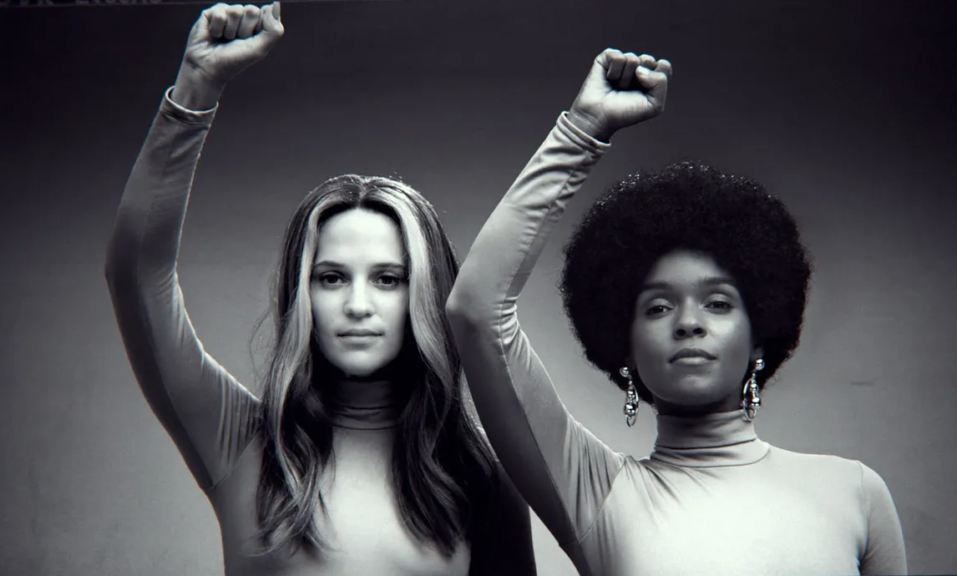 Directed by Julie Taymor | Written by Taymor with Sarah Ruhl, based on the book My Life on the Road by Gloria Steinem | 147 min | Amazon Prime 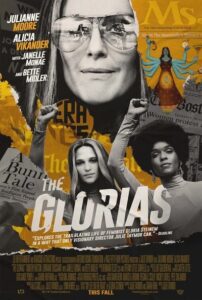 Somehow this biography of American journalist and feminist leader Gloria Steinem got next to no visibility on release. It may have been a pandemic casualty, dropped on Prime without much of a splash, and a Julie Taymor movie is always a splash. But, now that I’ve seen it, I can see why it didn’t generate a lot of hype. It’s broad and ambitious while lacking a focus to make it genuinely engaging. 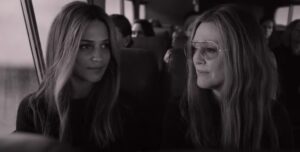 It tells the story of Steinem’s life through the performance of four different actors, each at a different age — Ryan Kiera Armstrong, Lulu Wilson, Alicia Vikander, and Julianne Moore — switching back and forth between them, even finding them together on a bus where they get a chance to discuss their challenges. 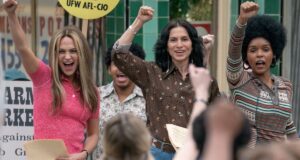 We get Steinem’s troubled childhood with a mother, Ruth (Enid Graham), who struggled with mental illness, and a father, Leo (Timothy Hutton), a big dreamer who is perpetually broke. Then we get scenes during her travels in India, where she meets the locals and learns about the inequities of the caste system. Before long she’s in New York,  finding opportunities, as a writer but running up against sexism in the editorial offices of prominent publishers before she chooses to create the feminist magazine, Ms.

So far, so ordinary. Taymor could’ve lost much of the sluggish first act and still been left with the most interesting parts of the movie.

To her credit, what she brings throughout is her baroque visual language, from the swirling camera around little girls tap dancing in a barber shop, to the juxtaposition of black and  white with backgrounds of colour, to a Wizard Of Oz-inspired sequence featuring a blood-red tornado. It means there’s always something interesting to look at even during segments of biopic boilerplate that slow down the narrative. 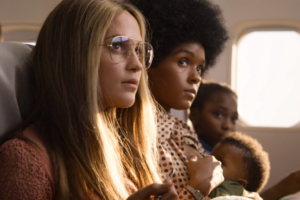 From there, the movie goes places that surprise. We get Steinem’s recognition of the sacrifices her mother made for that motherhood — her career, for one, maybe even her wellbeing. As she gathers her power, it shows her taking aim at issues of intersectionality before anyone knew what that word meant. And the movie gets better when Moore takes over the role — she’s uncannily like Steinem — and we get the feminist icon’s political engagement, her talent for organizing, and her putting herself out there as a face of the movement almost despite herself. 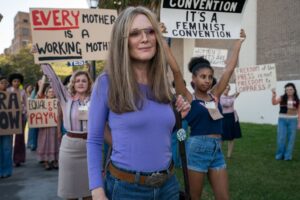 Moore is also joined by quality performers like Janelle Monáe (as Dorothy Pitman Hughes), Lorraine Toussaint (as Flo Kennedy), and Bette Midler (as Bella Abzug), all of whom bring a lot to the proceedings. 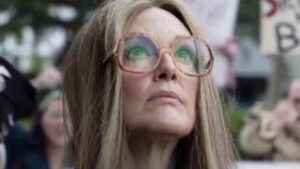 But, the final act stumbles. The docudrama is overwhelmed by an overuse of archival footage and a feeling that it’s just hitting its subject’s life highlights — the perennial trap of biopics that try to cover too much ground. It leaves the lingering feeling that there’s a great documentary to be made from the same material, one that might be more successful than this well-meaning but ultimately unsatisfying effort.