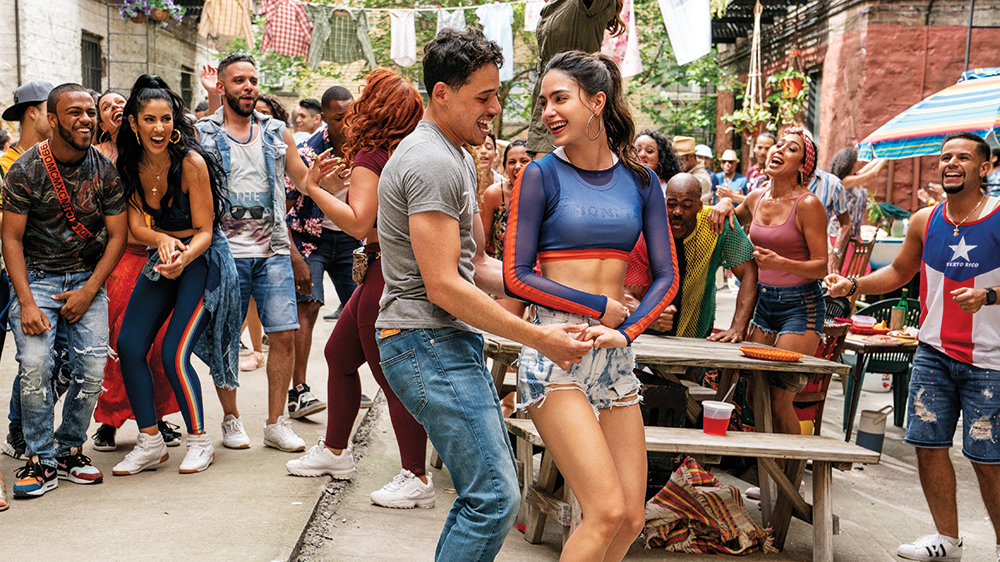 Directed by Jon M Chu | Written by Quiara Alegría Hudes and Lin-Manuel Miranda, based on their musical stage play | 143 min | Crave Plus, On Demand 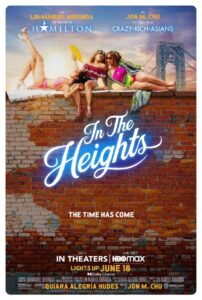 Lin-Manuel Miranda’s earlier, somewhat less famous musical finds its way to the movies, and a big screen is what it deserves. This is a huge production, full of life, colour, and a whole bunch of terrific tunes. Much of its iconography and storytelling may seem familiar from other musicals — it owes a spiritual debt to West Side Story, for sure — but the energy and enthusiasm and creativity put up on the screen will knock you out. This is a Best Picture nominee in 2022, if not the winner. Bet on it. 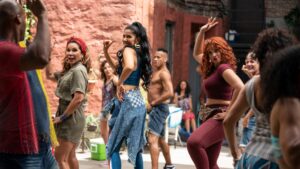 We start with Usnavi de la Vega (Anthony Ramos), who owns a bodega on a corner in Washington Heights, The Bronx, a largely Latinx neighbourhood with people of Cuban, Dominican, and Puerto Rican heritage making their way in an America that doesn’t offer many opportunities, despite the myth. That’s  especially true if you’re an undocumented immigrant. Yes, this is a musical with political intent, worn brightly on its sleeve, though it’s having too much fun to be didactic.

Usnavi has a suenito, a little dream, to go back to the Dominican and reopen the bar his father used to run. 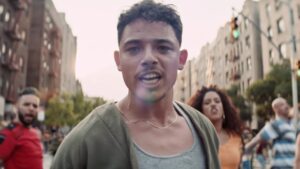 Just home from Stanford is Nina (Leslie Grace), who carries the community’s expectations of her being the “genius,” the one who made it out. Except now she’s dropped out of school, and her father, Kevin Rosario (Jimmy Smits), who sold half his limo business to pay for her to go the first time, is planning on unloading the rest to send her back, and she’s not happy about it. 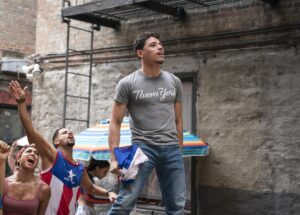 Benny (Corey Hawkins) works dispatch at that business and has for years, and he’s heartbroken his job is gone, but then he’s in love with Nina, so there’s that. 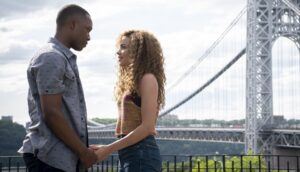 Finally, Vanessa (Melissa Barrera) is a fashion designer literally inspired by her community who wants to move downtown and attend New York University, but can’t afford it. Usnavi has been crushing on her for ages, mustering the courage to ask her out… with the possible help of his cousin, Sonny (Gregory Diaz IV). 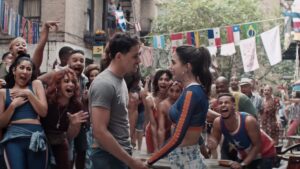 When these big-voiced dancers, along with the rest of this talented, exuberant community, discover someone bought a winning lottery ticket at Usnavi’s store, the neighbourhood comes alive with the possibility of a windfall for one lucky local. 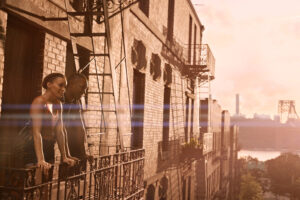 This is an unabashed ode to community. It’s a message to appreciate all the people who are around you, all striving for a better life tomorrow while making the best of what they have today, together.

In that, there’s times the plotting is almost too straightforward, cleaving towards cliche over its, let’s face it, practically unreasonable running time of more than two hours and 20 minutes, but that doesn’t matter a smidge when the production is this good. 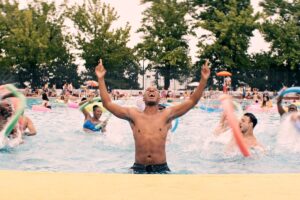 Every track is an anthem — Miranda having single-handedly reinvented the Broadway experience doesn’t miss his shot of adrenalin to the big-budget movie musical — with the director of Crazy Rich Asians, John M Chu, adapting and adding cinematic flourishes that work every single time: moments of 2D animation, magic-realist hallucinations, a swim-dancing number in a community pool, and a gorgeous moment of physics-defying tango up the side of a tenement block.  The enthusiasm here is undeniable. And Miranda does appear as the Piragua Guy, the ice-cone dude at war with Mr Softee. 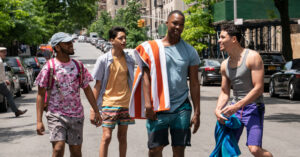 I’ll finish off with this small, but oh-so-satisfying note: This movie also rescues a highly recognizable set of Bronx stairs from the Joker.