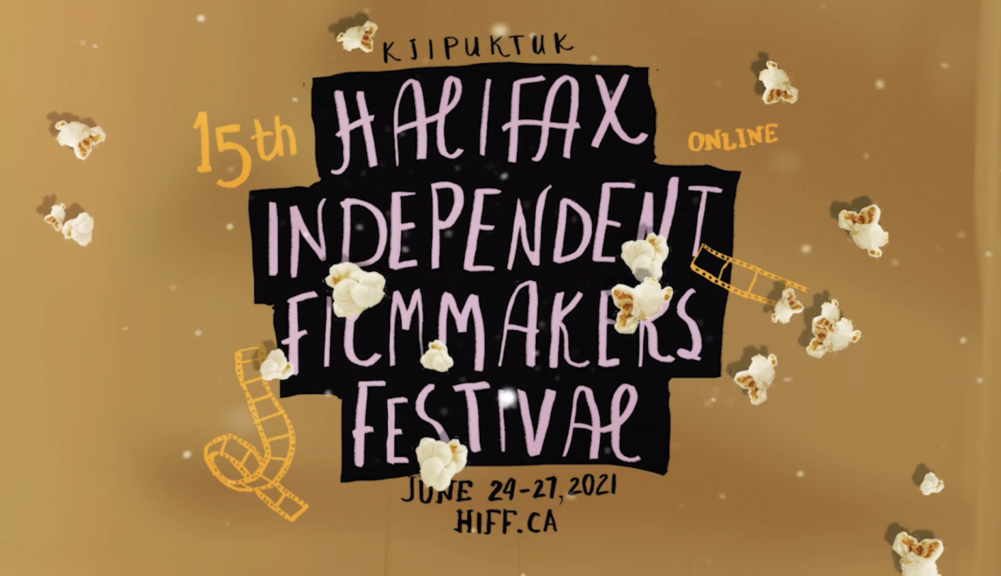 For a decade and a half HIFF has been the alternative local film fest, offering a program of local and left-of-centre movies — features, documentaries, and shorts. This year it’s entirely online, with individual tickets going for $10, but a pass for everything is $30. Pretty sweet deal.

For the schedule and the program, visit HIFF.ca. Here’s the festival trailer:

I was fortunate to see a couple of the films in advance, and offer my reviews below. 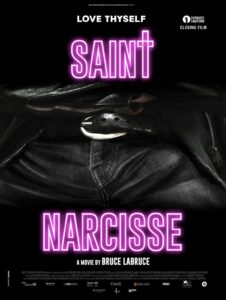 It’s been awhile since I’ve seen a La Bruce feature — probably Hustler White in 1996. A brief internet search reveals the defiantly subversive filmmaker has continued to make films, TV shows, and videos with titles like Gerontophilia and Sodomize Me, continuing to follow his particular muse: sex, playful perversity and provocation, with a tongue sharply inserted in cheek.

Saint-Narcisse might be one of his more mainstream efforts. Félix-Antoine Duval is Dominic, a good-looking young man who lives with his French-speaking grandmother somewhere in early ’70s Quebec. Hopping on his vintage motorcycle, he tracks down his mother, Beatrice (Tania Kontoyanni), who’s living in the woods with the distrustful and angry Irene (Alexandra Petrachuk), who might be immortal. Meanwhile, Dominic has discovered his monkish doppelgänger at a local monastery, Daniel (also Duval), who is in thrall of the obsessed Father Andrew (Andreas Apergis), who believes Daniel is the embodiment of Saint Sebastian.

The plot takes its sweet time to unravel, with plenty of rambling detours along the way, and not much of it is terribly clear, but the production values are solid, the cinematography and costumes especially, and typical of La Bruce there’s plenty of nudity  and sex to titillate along the way — Duval, who does well carrying most of the movie in the double role, spends much of the running time with his kit off.  Even better, you never get the sense La Bruce taking seriously his homage to soft-porn of the 1970s, which is as it should be.

A pensive and thoughtful documentary about the many places in the United States where pieces of the Berlin wall have ended up — and only in America, so don’t expect to see the chunks that landed in Lunenburg.

The filmmakers visit these locations, dozens across almost as many states — I can only imagine their travel schedule — where they shoot the various graffitied lengths of concrete, like punk versions of the monolith from Kubrick’s 2001: A Space Odyssey.

They interview locals, people who just happen to be there at the site, or sometimes folks who are deeply engaged by the history the wall represents. We get some archival footage of the wall itself back in Berlin, but mostly this is about how the pieces of the wall, repurposed, take on new meaning in the lives of the people who live around them.

In that it’s a very American perspective, as the title suggests. Let’s face it, most of the examples have to do with ego — folks wanting to own a piece of history and wanting to be special by association. Maybe even make a buck.

But the filmmakers frequently film their subjects doing something adjacent to the wall(s) while we hear their voices tell a story about it. It’s a meditative approach, and a bit disassociating, and it keeps us at a gentle distance from the subject of the film. 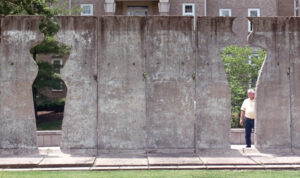 Occasionally, we get a rich, unexpected story, like when we hear from a student at a southern university that was built by slaves. This tragedy is recognized by the school with a single plaque, while the Berlin Wall is a towering, glassed-in prize that students pass every day as they walk to their classes. Another person of colour sees the wall as a symbol of oppression overcome. In these observations is where the picture really achieves its philosophical goals.

On Saturday, there’ll be a talk with the directors of The American Sector. Click here for more information.