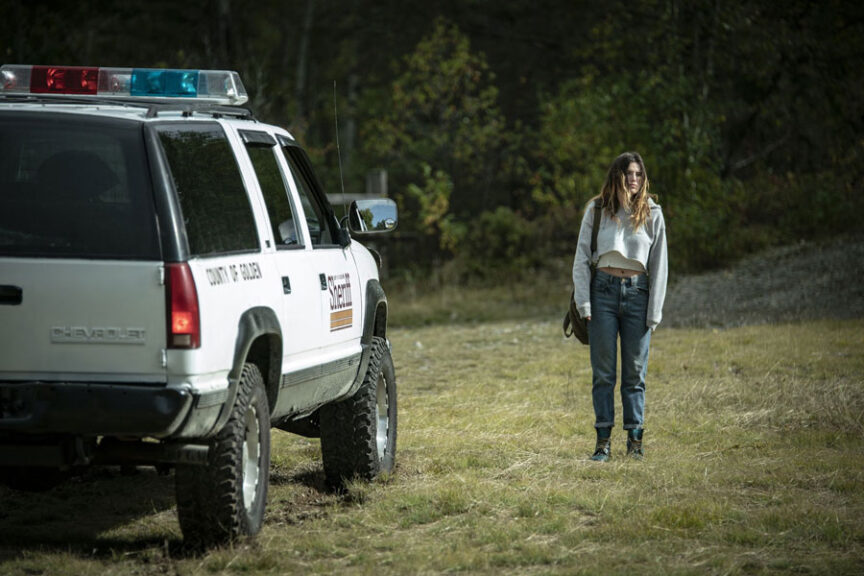 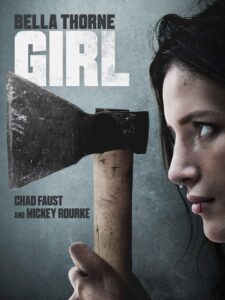 And the gritty b-picture with the least imaginative title award for 2021 goes to…! The good news is despite the generic marquee, the picture offers a passable family drama punctuated by a few moments of humour, an efficient action scene or two, one involving a timely and impressive axe toss. 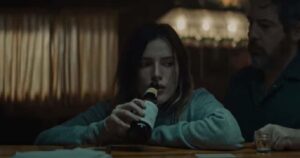 Bella Thorne is the unnamed Girl on a bus to a town in the middle of nowhere — shot near Sudbury, Ontario, I gather — on a mission of revenge. Her Daddy, who she hasn’t seen since she was six, was a bad man, and he hurt her Momma (Elizabeth Saunders) and has threatened their lives. Girl’s gonna put a stop to him with a hatchet. 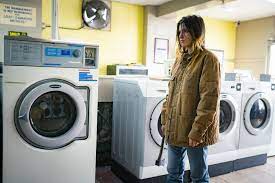 She finds her way to the town bar — allowing for a few scenes with Glen Gould and Lanette Ware, both of whom the movie could use more of — and eventually she makes her way to Daddy’s place, where she finds him already dead, strung up in his garage. Who’s responsible? Maybe it’s The Brothers — Charmer (director Faust) and The Sheriff (Mickey Rourke, who in his late 60s has started to look at lot like Roy Scheider in the Jaws actor’s later years) — who carry a family secret that will reveal to Girl things her parents never wanted her to know. 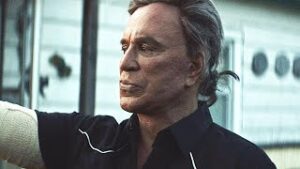 Much of what goes on here is a little clumsy. The existentialism, keeping Girl unnamed, is a pointless distraction, the plotting is haphazard — is it at all likely that Girl would use the services of a laundromat while she’s visiting this town? — while other characters behave in ways that don’t make a lot of sense.

But it does parcel out its revelations in chunks that keep it interesting. It’s also shot with more creativity than you’d expect,  and the suitably moody and atonal score help give the film, which otherwise would be a straight-ahead exploitation thriller, the whiff of art house.

This while Thorne has the star power to carry the movie into the end zone, an implausible but still kinda compelling piece of real estate.