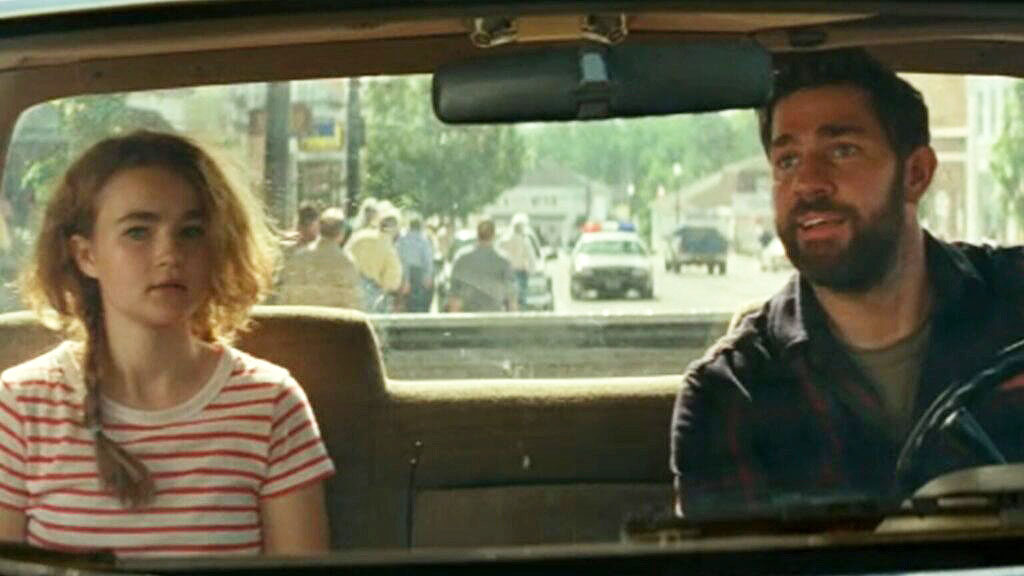 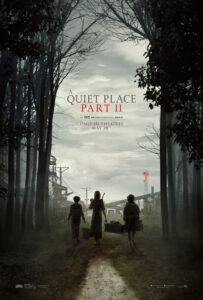 We’re back in cinemas and back to the dystopic future where hyper-aggressive, murderous aliens with terrific ears — who clearly aren’t hunting humans for food or sport, just for the sake of killing us — have destroyed society as we know it. Some folks are just hanging on.

This is very much more of the same from Krasinski and his collaborators. He’s shown a talent behind the camera, and in the technical departments. On those fronts the film impresses at least as much as the last one. It’s a decent monster movie, but it’s also pitted with plot holes — a problem the first picture had, too. If I was the sort to give star ratings, both these Quiet Places would’ve landed solid threes-out-of-five. I might’ve docked this new one a star just because Krasinksi the screenwriter hasn’t learned from the mistakes of the last time, though why would he since it was such a big hit? The people who loved it will certainly dig the sequel. 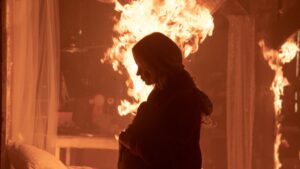 He starts well out of the gate, with his character, Lee Abbott, returning to the screen despite having died in the first picture. This is a flashback to the first day the aliens arrived in town. It’s a suitably terrifying opening on a summer day at a baseball diamond just to remind us of the stakes, including a terrific call-back to the toy that caused all that trouble in the opening of the first movie. 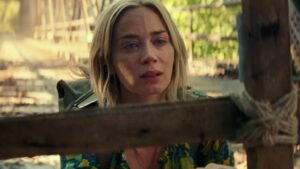 The problem with this is his child actors, Noah Jupe as Markus and Millicent Simmonds as Regan, have noticeably grown up since the last movie. Flashing back to 18 months before the events of A Quiet Place, you really would expect them to look even younger, not older. It’s distracting, and should’ve been addressed with CGI or maybe with recasting. And when we return to the movie’s “present,” we pick it up the day after the last one ended, and it’s the same problem — those kids are teens when yesterday they were tweens. 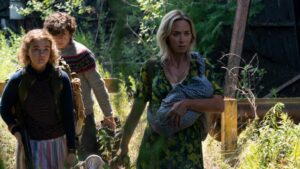 With their mother, Evelyn (Emily Blunt), and her new baby kept in an ingenious but gotta be short-term crate, they leave their homestead — why they do isn’t especially clear since they have all the food they’d need, as well as electricity, though how it’s generated also still unexplained — to find other survivors. At a decrepit steel plant they locate family friend, Emmett (Cillian Murphy), but he’s had an even rougher time of it than the Abbotts. 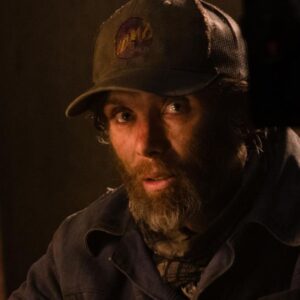 Regan gets it in her head that a song repeating on Emmett’s radio (that can somehow receive signal under three feet of concrete in this steel plant basement), is actually a signal from a distant, island-based station, and she’s convinced it’ll be a haven, but is unable to convince her mother. This is one of those plot contrivances that just doesn’t make much sense — so wildly implausible, as it is — any more than there’s a good reason provided for Regan to take an immediate dislike to Emmett, comparing him unfavourably with her late father. I started to wonder if maybe Emmett and Evelyn had a past that Regan knew about, which would’ve made for some intrigue in this life-or-death situation, but it’s never explored. 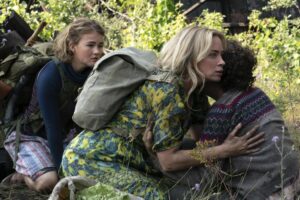 The movie continues to separate our survivalist family, at one point Krasinski cutting between three different locations while ratcheting up the tension in each place. Some of that works well — a scene on a dock where two characters face an unexpected threat and have to improvise is a lot of fun, as is the impressive finale (in only two locations)  — but in other moments Krasinksi simply isn’t able to make it all gel.

Those niggling plot problems continue. A safe space in the steel factory bunker has only a certain amount of air with the door closed, but candles continue to burn in there. Seems unlikely.

Along the way we learn another weakness of these monsters, beyond the specific one discovered and exploited late in the first movie. Surprisingly, that weapon is used sparingly this time around. We also learn a ghoulish secret about a character in the third act that’s never again referenced. 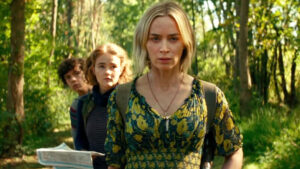 There is a lot here to enjoy — and certainly all the performers deliver, especially the kids, with Simmonds the MVP — and once again the sound design is A+, along with the visuals. But those chronically distracting plot problems keeps this from being anything more than a decent matinee monster mash.