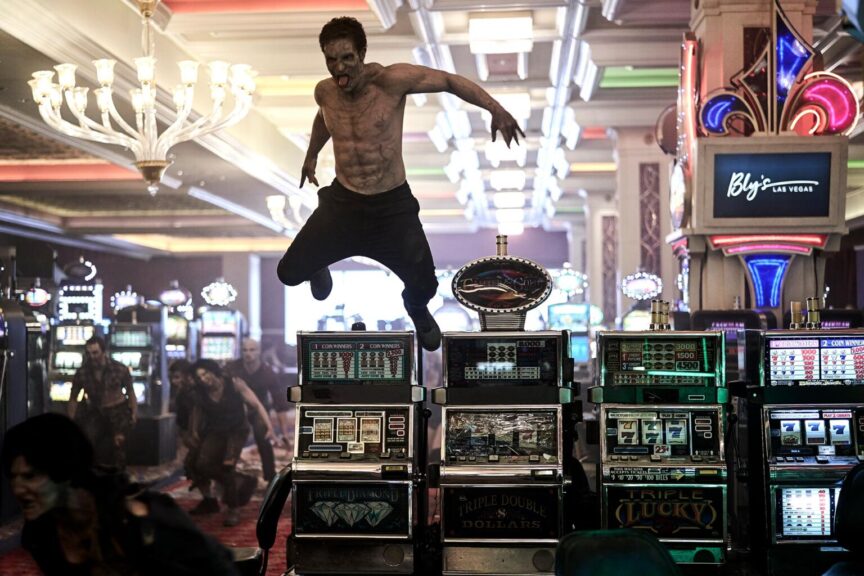 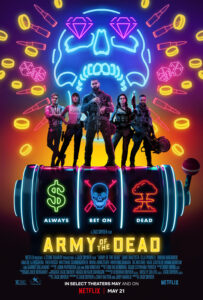 Zack Snyder is having a big year. He finally got his unexpurgated version of Justice League into the eyeballs of his cult-like fanboys, and has now delivered a massive zombie picture on Netflix. If Rotten Tomatoes is anything to go by, there are folks who think he’s never bettered his first feature, the also zombie-centric Dawn Of The Dead back in 2004. Those people will presumably be thrilled he’s back amongst the undead. Me, I see a passably entertaining if deeply derivative action movie. 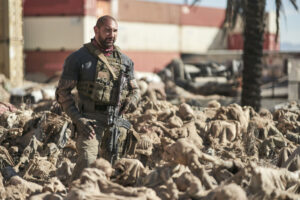 Originality may be too much of an ask because, let’s face it, the zombie picture is a repetitive genre. The Walking Dead have made a meal of it on TV, but only a few films in the past couple of decades have done much updating the formula — 28 Days Later, Zombieland, The Girl With All The Gifts, Anna And The Apocalypse, Pride and Prejudice and Zombies, and maybe Train To Busan. And the plot similarity of Army Of The Dead to last year’s Train to Busan Presents: Peninsula was probably a coincidence — a heist in a zombie zone — since this would’ve already been in production, but the parts of this picture that try and change the mythos — slow zombies and fast zombies together in one movie, or zombie hibernating — aren’t enough to make it special. 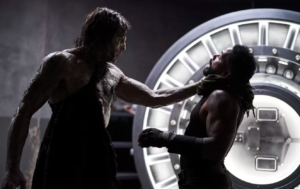 Further, the idea that the fast zombies may have formed some kind of a society, even that they want to reproduce through more traditional means negates the self-evident fact they can reproduce by biting people. It negates what’s great about zombies: their mindless, relentless hunger, and it’s dumber than a bag of hammers. (There’s even an example here of zombie fridging. That actually might be a first.)

As far as the debts to better movies, consider a structure lifted wholly from Escape From New York. From Aliens we get lines of dialogue, gear fetishizing, and a Paul Reiser-like corporate stooge (here played by Garret Dillahunt). Sound editors on Army Of The Dead have borrowed design from Jurassic World‘s velociraptors and the movie’s composer from Hans Zimmer’s work with Christopher Nolan.

The crux of the plot is that, following an inspired and hilarious opening credits sequence, Las Vegas has been walled up to secure a zombie outbreak. The government has decided to nuke the site — only way to be sure — while shady dude, Tanaka (Hiroyuki Sanada), offers a deal to burger-flipper and former legendary zombie killer, Scott Ward (Dave Bautista): Break back into Vegas zombie zone, liberate $200 million from a casino safe and get out, and Scott and his team can keep a cool $50 mil. But, he’s gotta do it in the 96 hours before Vegas is turned to radioactive glass.

Cue the heist plan and team recruitment sequence — the international cast is solid, especially Omari Hardwick, Ana de la Reguera, Matthias Schweighöfer, Nora Arnezeder, and Ella Purnell as Kate, Scott’s estranged daughter who, for reasons, also wants to go back into zombie city. Tig Notaro famously pulled a Christopher Plummer and replaced another actor after sexual harassment allegations were levelled, but you can’t tell at all — the digital post-production work is seamless, and Notaro is a terrific addition to any movie. 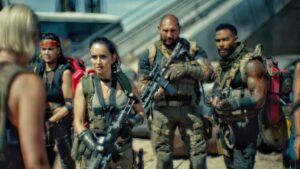 There’s no denying Snyder can tell a story with style and if you’re looking for machine-gun clips emptied into exploding heads, sure, but if his films are actually about anything he rarely seems able to deliver any kind of thematic coherence. It’s a shame because the broader idea of corporate malfeasance and responsibility, research into bio-weaponry, and the human collateral that happens around scenes of natural catastrophe — all touched on here — never come to anything. 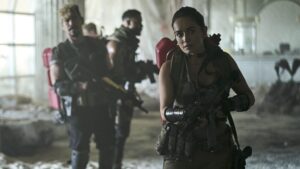 That’s fine for this popcorn picture — you’ll get plenty of action eye candy and gushy plasma for gore-hounds, and a few moments of humour. But look elsewhere if you like your dialogue to be anything more than painfully obvious, or characters you’re genuinely sad to see get eaten. 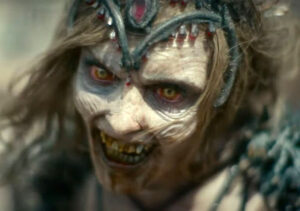 One last thing: I’ve really liked the trailers for almost every Zack Snyder film more than the picture itself. He’s the king of a marketable image or moment that can be used to up-sell his project, and a trend recently with trailers is offering moody covers of recognizable songs. Snyder’s pulled that trope into the film itself, with Thea Gilmore doing “Bad Moon Rising” and The Ravonettes covering The Doors’ “The End”. It’s a distracting rather than engaging needle-drop, as is an acoustic rendition of “Zombie” by The Cranberries — a song about The Troubles repurposed for people who only listen to choruses.