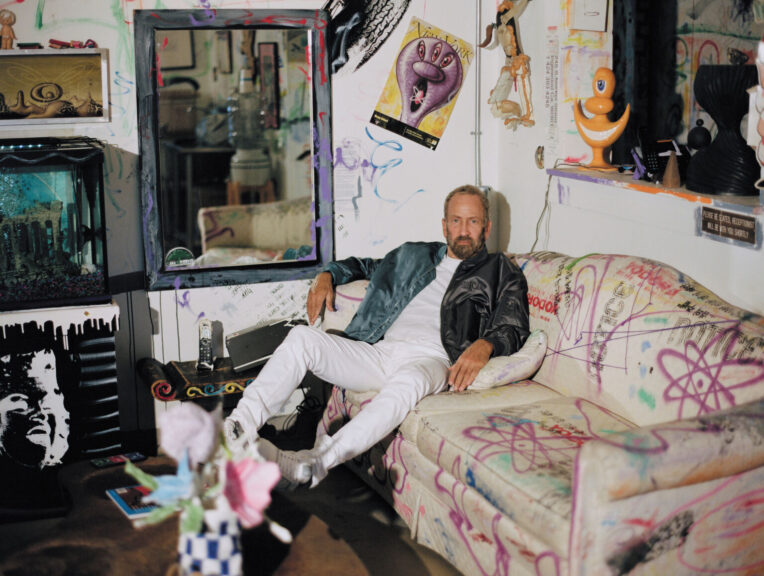 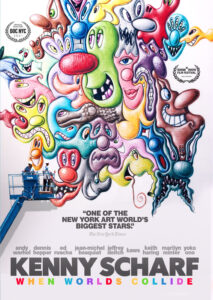 The second ’80s New York artist documentary to show up at Carbon Arc in as many months, but the films’ tonal differences and only slight overlap — mostly in the way AIDS impacted the scene — actually make them complementary. If Wojnarowicz is a portrait of creativity through pain and chaos, Kenny Scharf: When Worlds Collide is a document of the 1980s New York art scene’s irreverent flip-side. It shows the children of Warhol who took to the streets — Scharf, Keith Haring and Jean Michel Basquiat. 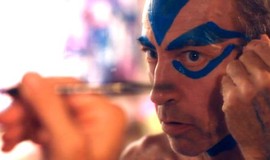 California-born-and-raised Kenny Scharf never managed the pop-art profile Haring achieved quite quickly, but we hear how they were roomies back in the day, friendly but competitive. Cue a lot of terrific post-punk video footage, explaining how the Manhattan nightlife warped into an art scene, with Scharf right in the centre of it — plenty of his psychedelic pop paintings on display. A child of television, there’s no end of humour in his work, even as it’s shot through with nuclear anxiety. Key interviews include Ann Magnusson, Yoko Ono, Gabor Maté, and Charlie Ahearn. 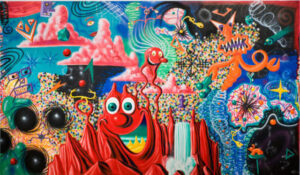 It’s no wonder people seem to love his paintings. Scharf deconstructs the status quo, delivering a playful, cartoony sense of the surreal, leaping away from a stuffy, exclusive, commodity-based approach. If you consider the work reactionary or disposable, there’s no arguing it’s outlasted the materialism of the era it was born out of. The film also is a loving tribute to a father — co-director Malia Scharf is Kenny’s daughter. She gets an all-access pass to his process. 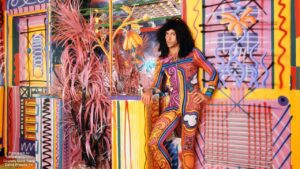 In the end, it’s also a sweet portrait of a survivor, someone who’s never compromised in his frenzied commitment to his work.