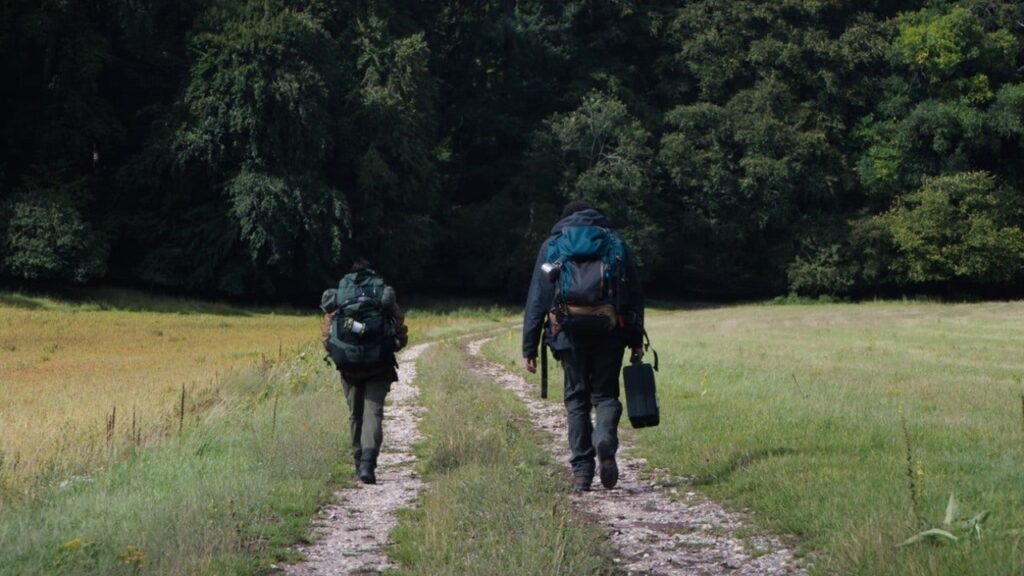 Written and Directed by Ben Wheatley | 100 min | Crave Plus 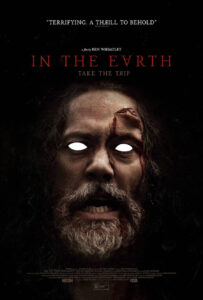 Ben Wheatley loves a good push-in. That’s when the camera moves in on, usually, an inanimate object or, uh, shrubbery, paired with a drone- or trance-like score. It’s a horror-movie cliche, but he doesn’t mind.

I should probably go on the record as not being Mr Wheatley’s biggest fan. The movie that made his reputation as a indie horror-thriller storyteller, Kill List, I find unaccountably overrated, while I could barely get through A Field In England. I liked High-Rise for its Cronenbergian touches and class commentary, but Free Fire was dull. His recent take on Rebecca was just OK.

In The Earth is a lot closer to Wheatley’s sweet spot than the Du Maurier adaptation — a creepy eco-horror, spiked with pandemic anxiety, a very British Wicker Man-style folkie psychedelia, pitch-black humour, and the kind of full-on gore horror aficionados will appreciate.

Researcher Martin (Joel Fry) and forest ranger Alma (Ellora Torchia) go on a two-day trek into the woods — away from a deadly virus threatening humanity — to find another researcher, Olivia (Hayley Squires), who’s been working on a way to directly communicate with nature through a mycelial network. It turns out nature has its own plans — aka Shyamalan’s The Happening — and so does Zach (Reece Shearsmith), who worships the forest spirits. 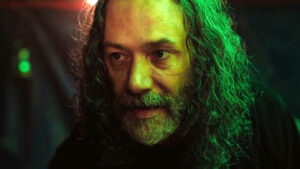 When someone compliments  another for their “very special flesh,” you kind of know what you’re in for with In The Earth: Axe amputation, sacrificial rituals, and other weirdness

Big props to the filmmakers for the production design — a plasmatic flood of greens, red, and yellow — and Wheatley works a wonderful ease with actors, grounding the narrative in something resembling reality while everything else goes just a little bonkers. 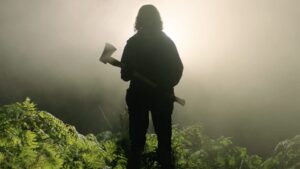 Wheatley’s confidence in his visual craft is not in dispute, nor is his instinct to plumb fear of the invisible, existential threats we humans face at times like these. What I’d suggest is his grip on coherent storytelling is far less sure-handed, and the mix of creeps, of mordant laughs, and wacko science fiction elements makes for an uneasy, not always successful cinematic salad.

So, there’s plenty here for the genre fan, but others should probably steer clear.