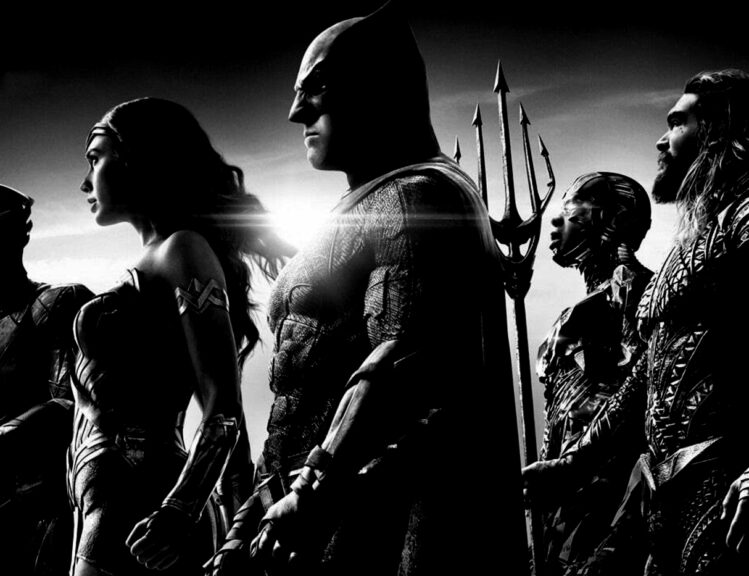 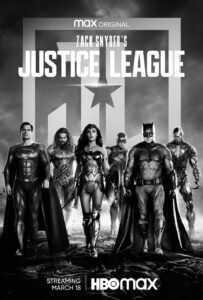 When I was a kid, all I wished was that people would take comics as seriously as I did. Zach Snyder’s career is a testament to the truism: “Be careful what you wish for.”

His second feature was an adaptation of the Frank Miller Battle at Thermopylae comic, 300, which has an impressive production design and made Gerry Butler a star — so it’s got that going for it — but looking back it’s also rife with brutish, Bush-era politics.

Snyder’s Watchmen was a largely faithful effort to recreate the Moore/Gibbons comic — with a clever change to the final disposition of Dr Manhattan — if lacking the kind of nuance the recent HBO sequel series has plenty of.

The less said about Sucker Punch the better. 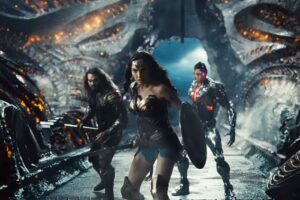 Since then, the guy’s whole reputation is built on the started-great-ended-rough Man Of Steel, the tiresome mess of Batman vs Superman: Dawn of Justice (somewhat improved in its Ultimate edition), and Justice League, a deeply compromised and forgettable superhero team-up. Granted, the bad bits of JL might not have been all his fault — he departed the project mid-stream and the film was finished by Avengers‘ writer-director Joss Whedon, who it’s rumoured was instructed to make it more fun, more like Wonder Woman, which at that time was the only Warner/DC critical and commercial smash. (Aquaman would follow it up in 2018.)

Since then anyone with a passing interest in Film Twitter will be aware of the campaign to get Snyder’s version of Justice League in front of audiences, #ReleaseTheSnyderCut, and the remarkable and frequently toxic fan cult that’s emerged around this one filmmaker — remarkable for being so inexplicable. I mean, Christopher Nolan? Ryan Coogler? Even JJ Abrams? Yeah, OK. But Zack Snyder, director of Legend of the Guardians: The Owls of Ga’Hoole? Zack Snyder, so in love with the posing figures of power he can’t help but slow it all down to a tedious crawl?

The one thing I’d never argue against: Snyder takes his movies *very* seriously. 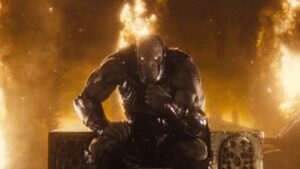 His new cut of Justice League, which was actualized with some $70 million of funds for added scenes and upgraded special effects, is his magnum opus, where every single exhausting Snyderism is indulged. 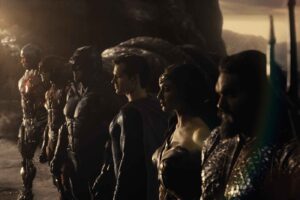 That said, I can’t deny the Snyder Cut is a big improvement on the theatrical cut of Justice League. The question is, is it better enough to allow for literally double the running time? Not in my humble opinion. And why Warner agreed to the 4×3 screen ratio (apparently because Snyder envisioned the film for IMAX screens) when ZSJL is getting a streaming release makes no sense, whatsoever.

For those who don’t recall the plot (and why would you) of Justice League, the blueprint here is much the same: With the death of Superman (Henry Cavill, who does appear but with about three lines of dialogue), Bruce Wayne aka Batman (Ben Affleck) is concerned about an extraterrestrial threat and works to get together a group of metahumans to fight it, starting with the Atlantean/Human strongman, Arthur Curry (Jason Momoa).

What is much better this time, naturally, are the special effects. The dull villain, Steppenwolf (voiced by Ciarán Hinds) has a shiny ripple to his space armour now that’s much more impressive, and his hench-creatures, the para-demons, come off as both more monstrous and more robotic.

We also get more villainous motivation: Steppenwolf is looking to make up for past mistakes in the eyes of his boss, cosmic evil dude Darkseid (voiced by Ray Porter), who is pretty scary, his fiery eyes one feature to distinguish him from his Marvel doppelganger Thanos. The threat from the baddies is universally a whole lot more compelling this time out.

We also get more detail on the history and potential danger of the Tesseract-like Mother Boxes, the alien power macguffins everyone wants, and more backstory on the last Age of Heroes. Some of this detail would’ve been entirely welcome in the theatrical release to help provide stakes, here there’s also a whole lot of interstitial material added that hardly seems necessary. Say what you will about Whedon, it looks like a lot of his work on the theatrical cut was editorial. 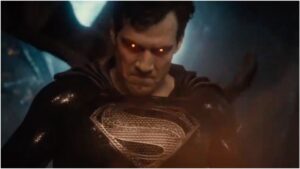 There’s a delicious irony that the director of the Avengers was brought in to make the theatrical version of Justice League zippier and lighter, and plot-wise succeeded in making it less like Avengers, whereas this extended version by Zack Snyder actually ends up being more like Avengers for adding more emotional resonance across the board. This is the movie in the Snyderverse that actually gets you caring about the characters. It only took three features over eight years, and two of them with alternate, extended versions. 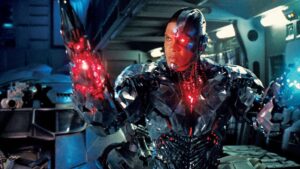 Ray Fisher, whose character, Cyborg, got a short shrift in the theatrical cut, should be happier with this version. His backstory gives him more to do — though half of that is cliched daddy-issue stuff — and the improved special effects make his armour look less like tin foil and allow for us to see a lot more of his face.

Speaking of face time, a fun game is watching new scenes featuring Affleck’s Bruce Wayne. The actor has dropped some weight since he made the film. His hollow cheeks betray the reshoots.

Diana aka Wonder Woman (Gal Gadot) is still the movie’s best feature  — her fight sequences are more coherent and exciting, and the score (including her awesome battle theme) is much heavier, more aggressive, and now features a little Nick Cave, which is never a bad thing. 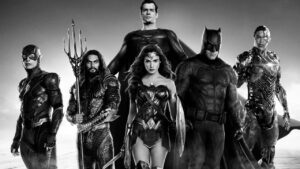 Other high points — a charming moment with Alfred (Jeremy Irons) and Diana over tea, many more character details between our heroes, with Barry Allen aka The Flash (Ezra Miller) getting the best lines (and a lot less anxiety). We get a pregnancy test called Force Majeure, and the welcome (though largely unexplained) appearance of another extraterrestrial character from the comics.

One of the more interesting new scenes requires Allen to save the day by running faster than the speed of light, and turn back time. It’s the one moment where a Zack Snyder picture evokes Richard Donner’s Superman, an association any new movie featuring the Last Son of Krypton could really stand to make.

There’s also a late-arriving dream sequence that feels like pure fan service mythology building, especially pointless given that both Snyder and Warner have claimed this ends their collaboration and there’s no saying where any of the other creators signing up for these movies will take the characters from here. I don’t get the impression Warner cares much for a shared universe these days, what with their self-contained movies like Joker breaking more than a billion dollars at the box office. 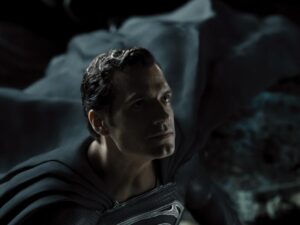 Still, if there’s anything we’ve learned from the very existence of this version of Justice League it’s that with the folks in tights and their chronically demanding fans, there’s no such thing as *never*.