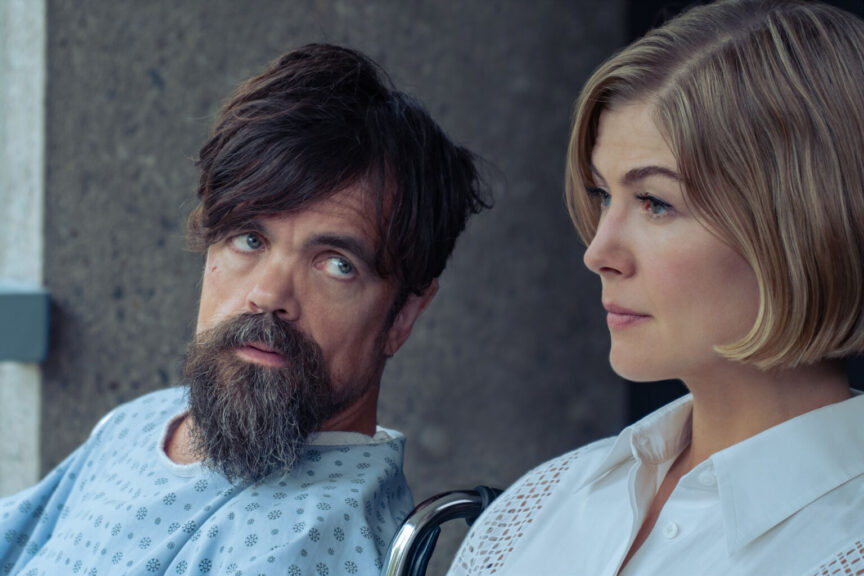 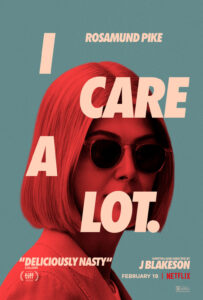 Marla Grayson is a terrible person. I mean, one of the worst ever in a feature film. I’d put her up there with the dude who eats people in Silence Of The Lambs, both bad lieutenants, any Sith Lord you’d care to mention, maybe even Thanos, and Thanos wiped out half of all sentient life in the universe. Marla is worse than him. 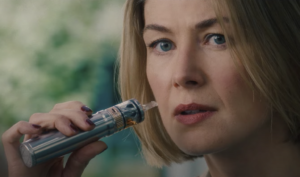 What she does is take advantage of senior citizens, has them committed to a care facility with the help of a crooked doctor (Alicia Witt) and a gullible judge (Isiah Whitlock Jr), then takes everything they have. She does it with a smile like a psychopathic shark spliced with a wolverine’s determination to be, in her words, fucking rich. Recent Golden Globe-winning actor Rosamund Pike delivers a monstrous performance here. In a career of great work, it’s one of her best roles.

Marla Grayson makes a big mistake. She prays on Jennifer Peterson (Diane Wiest), a woman with a past, with connections. One of those connections is a lawyer named Dean (Chris Messina) and another is a self-described “dangerous man,” Roman (an impressively bearded and top-knotted Peter Dinklage). And as irredeemably awful as Marla is, Roman might be even worse. 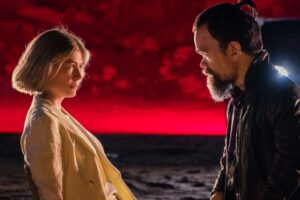 This is a great movie about devious, amoral, criminal, highly successful people, and by allowing audiences to get close to them, it ends up being an indictment of both capitalism and a specific kind of bitch-on-wheels, power-suited ambition, unleavened by kindness, which is some high level stuff for what might otherwise be just a clever, very dark crime comedy.

What it does best is somehow make us care for Marla and Roman, just enough to make us invested. It’s a hell of a trick for such loathsome characters, but it does it by letting us see the one person in both of their lives that they love. I’ll tell you who it is with Marla: Fran, once known as Frankie, played by Eiza González. 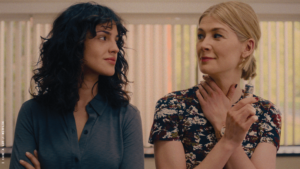 Have I talked about the terrific, moody lighting courtesy of Doug Emmett, or the chilly, evocative electronic score from Marc Canham? Or Marla’s scorching wardrobe from Deborah Newhall? 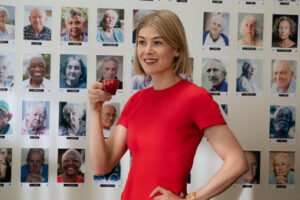 Another unique feature of I Care A Lot is the subtle suggestion of a lesbian mafia. It didn’t need that feature to be a fucking joy, but let me tell you, there’s a lot to appreciate with this one.