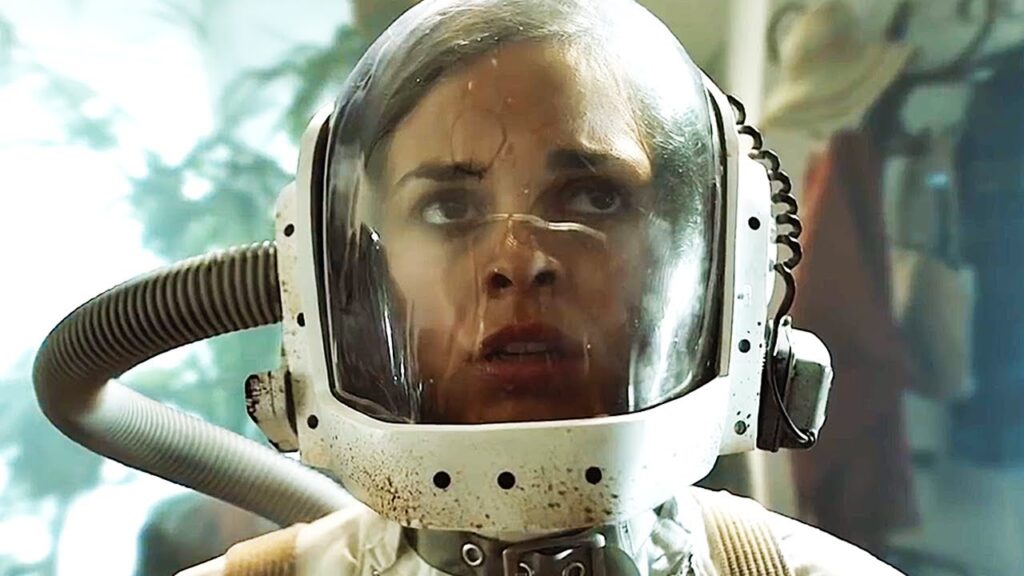 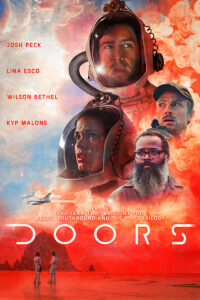 Doors is a genuine head-scratcher. It’s science fiction anthology film with a narrative through-line created by a collective of filmmakers, which in itself is unusual. But, what makes it interesting is the tension between its impressive visual achievement and an otherwise deeply shoddy scripting effort.

It’s told in chunks and linked together by images of empty spaces and cities — I’d love to know how they got the footage of metropoli like Los Angeles, London, and Copenhagen without any people on the streets at all, even as Covid has made any absence a little less weird. We also get the voice of a shock-jock DJ providing expositional information, which is weirdly duplicated by text, sometimes misspelled, onscreen.

In the opening segment a group of four high school students come into contact with an alien door — an enormous pulsating mass lined with weird cilia. The doors apparently appear all over the planet and remove people in an Endgame-esque blip.

What they see on the other side is explored in the second segment, where volunteers, dubbed “Knockers”, wear hazmat suits and take 12 minutes (in what seems to be real time) to venture over to the other side.

The third segment brings the science to the fiction, exploring plausible reasons to what’s been going on, though it’s all still pretty opaque. A final, brief Zoom call is patently stupid, doing a disservice to the good stuff that went before.

While the ambition on display here is impressive, delivering a semi-freaky Twilight Zone experience, it comes across without much in the way of coherence. Where it’s most effective is in the production design: those doors, along with the moody score and overall visual texture are next level for what’s clearly a fairly low-budget production. Doors looks like a million, but its screenplay and plotting is about a buck and a half.