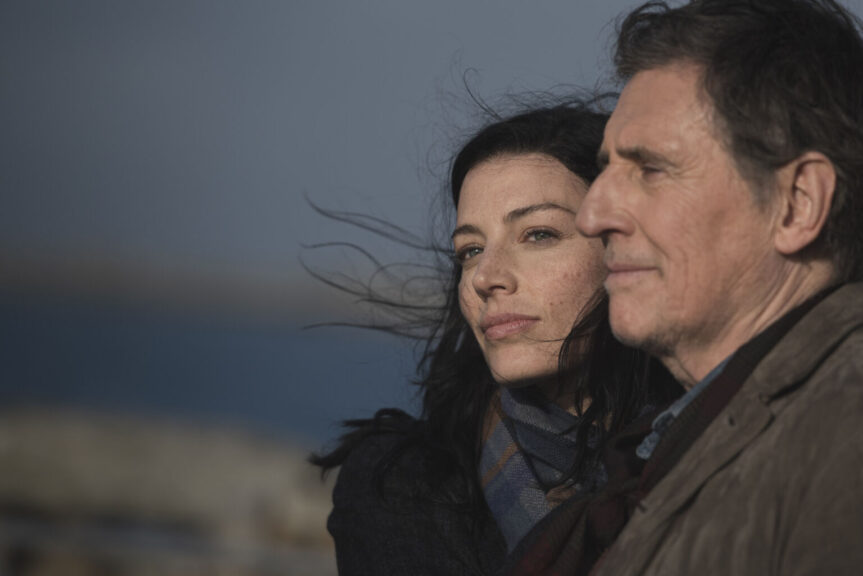 Directed by Matt Bissonnette | Written by Bissonnette, with Bobby Theodore as story consultant |  100 min | On Demand 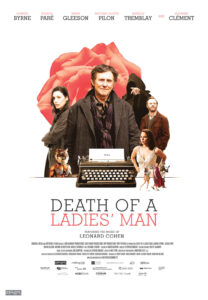 McGill professor Samuel O’Shea (Gabriel Byrne, increasingly grizzled at almost 70) arrives home one afternoon to discover his wife, Linda (Carolina Bartczak), fucking another guy. Upset, he goes back to his first love, whiskey, and starts to see friendly hallucinations — ice-dancing at a hockey game, the ghost of his father (Brian Gleeson) smoking in his front room, dragons over Mont Royal, and a muscular woman with a tiger head — not necessarily in that order. His doctor (Pascale Bussières) gives him the bad news: he’s got a brain tumour the size of a fried egg that’s gonna kill him. Naturally, he doesn’t tell his kids (Antoine Olivier Pilon, Karelle Tremblay) or his other ex-wife (Suzanne Clément), he just absconds to Ireland to write the book that’s always eluded him. There he meets a Quebecker, Charlotte Lafleur (Jessica Paré, increasingly impressive at almost 40). 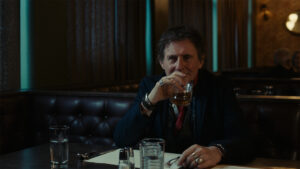 But, so what? The male fantasy of the soused but brilliant creative who ignores death while being eternally irresistible to women way too young for him was kind of played out when David Duchovny shot some life into it with his series, Californication, more than a decade ago. I can’t help but think of Dudley Moore in 10  with this kind of story, which could mean the North American apotheosis of the form arrived in 1979. (I don’t think it ever quite peaked in French cinema.)

Apparently, this Irish-Canadian co-pro got the permission to freely use Leonard Cohen’s back catalogue to fill the soundtrack with many of his more whimsical numbers, which gives the film depth it doesn’t quite earn otherwise. Yes, Byrne’s better than anything I’ve seen him in for yonks, and he’s surrounded by terrific support — especially Clément, Tremblay, and Paré — and the script is frequently considered when not outright funny. It’s also sentimental in all the ways Cohen’s music isn’t. 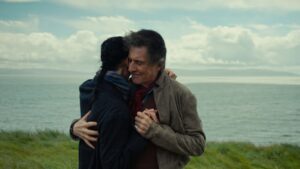 Bissonnette offers a few unexpected plot twists to keep things interesting, but he’s never quite able to deliver the required emotional wallop, maybe because the eventual redemption of his charming leading man is never really in doubt. 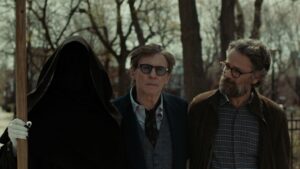 Sam’s obstacles — his own anger and self-recrimination, his addictions, and even his impending mortality — are all neatly overcome, managed, and/or postponed, just in time for him to write something important and learn the lesson that his responsibility to his family is what really matters.

If only life were as convenient as this — and great books that eluded their writers for a lifetime were so swiftly and easily written.