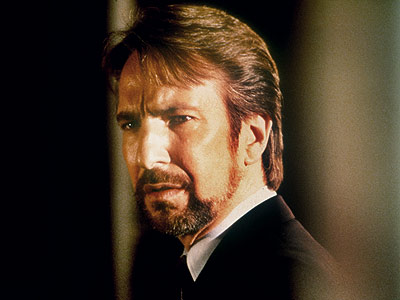 Last month Disney Plus launched the Star channel (in Canada and elsewhere beyond the US)  as a place to carry more mature fare, which is rumoured to double the content for Disney Plus subscribers. 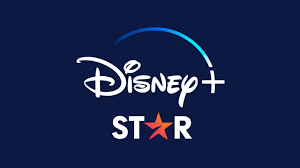 I’m not sure about that — it’s pretty thin on the ground so far — but the best part of this is now Disney has a place to screen some of its 20th Century Fox back catalogue that was absorbed by the Mouse House when it purchased that studio. As a movie lover I’m always looking at the quality older titles as a measuring stick. This is a decent start. 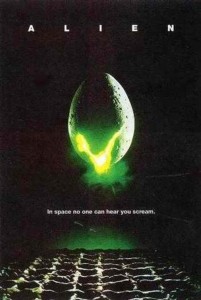 If you’ve not seen these films, believe that their reputation is 100% deserved: a terrifying mix of Freudian subtext — the fear of pregnancy from rape a big part of that — and deft haunted house-in-space scares. The first picture barely shows us the monster before the end, heightening the suspense while Ridley Scott and his collaborators do a terrific job with sets and atmosphere — The Nostromo is the extra crew member. A lingering sense that the real evil lies with the company that owns it, the invisible corporate entity, and the sequel makes the subtext text, thanks to a great turn from Paul Reiser as one of cinema’s sleaziest villains. 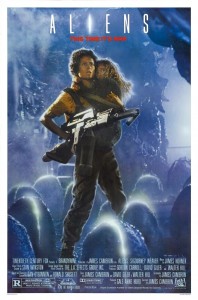 James Cameron lets the tension simmer for the first 40 minutes, then it’s full on action from there on, with our affection for Sigourney Weaver’s deeply human Ellen Ripley keeping us rooted in the story. Classic doesn’t even begin to describe these films — too bad about many of the others that came after. More on this franchise here. 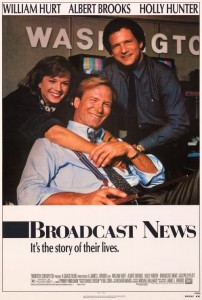 The fashions and the tech might’ve aged, but James L. Brooks’ romantic dramedy set in a TV newsroom hasn’t aged a day in any other way you’d care to imagine, certainly in its exploration of journalistic ethics integrity — the way in which people absorb news on television, and how they want it presented. In the midst of this we get a totally believable love triangle, one that concludes in an entirely atypical way for Hollywood. I still can’t quite believe it and I’ve seen it a half a dozen times. This movie is a small miracle.

Butch Cassidy and The Sundance Kid (1969) 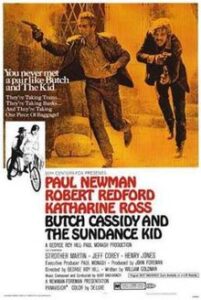 Maybe the most ’60s western there ever was. Famously penned by Hollywood script genius William Goldman, there’s actually not much of a story. It’s more about the tremendous power of charm, charisma and chemistry — Redford and Newman’s on-screen love affair, with Katherine Ross just barely a point in the love triangle. 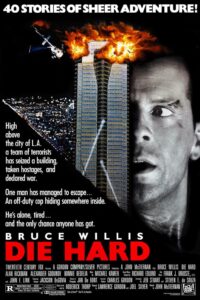 The ur-actioner from the late ’80s, where Bruce Willis’ New York cop gets stuck in a Los Angeles skyscraper and hunted by terrorists. The conversation around the film these days is whether it’s a Christmas movie — spoiler alert: it is — but what’s not discussed as much is how Willis’ plausible vulnerability made him such a compelling action hero — something forgotten in many of the sequels. That and having a worthy antagonist, the immortal Alan Rickman. 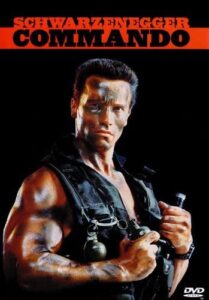 Conan proved Arnold Schwarzenegger could swing a sword and impress audiences, and The Terminator turned him into a genuine, if robotic, star, but Commando helped solidify the legend. It’s also a picture that could’ve just as easily been a franchise for him. In it he plays retired special forces officer John Matrix, who has a very short time to rescue his kidnapped daughter (Alyssa Milano) and kill a whole lot of mercenaries. Still a b-movie action delight, though the use of steel drums on the soundtrack doesn’t make much sense. 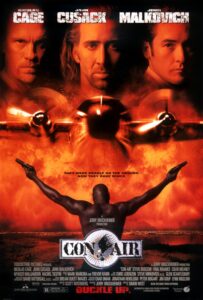 Nicolas Cage had built a career of quirky indie roles until he landed an Academy Award for Leaving Las Vegas. He took that critical goodwill and growing celebrity and traded it in for an action career, in movies like The Rock (also on Star) and Con Air. This is the better one of the two, for my money, a standard prison break picture where the bad men commandeer a plane, but the major talent slumming in this material — John Malkovich, Steve Buscemi, John Cusack, Ving Rhames, Dave Chapelle — make it eminently watchable. 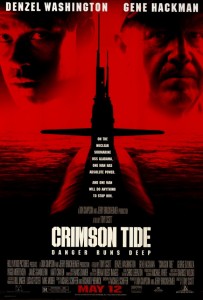 People still remember The Hunt For Red October, especially with the recent passing of Sean Connery,  but ’90s Hollywood had room for another terrific submarine thriller, this one from Ridley Scott’s genre master brother Tony, who recruits frequent star Denzel Washington to face off against Gene Hackman in a submarine that’s been given the go ahead to start a nuclear attack just before all communication goes dead. Will they pull the trigger? A sweat-through-your-uniform clinic in suspense. 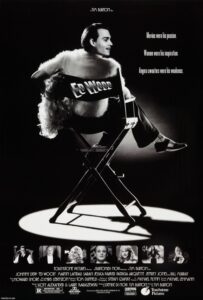 Tim Burton may make a dozen more movies and never top this one, a hilarious and melancholy ode to no-hopers and has-beens still chasing their dreams in Hollywood. It stars Johnny Depp as famously terrible filmmaker Edward D Wood Jr, but it’s the ensemble around him that win the day, including Sarah Jessica Parker, Bill Murray, and Oscar-winner Martin Landau as the fading Hollywood vampire, Bela Lugosi. 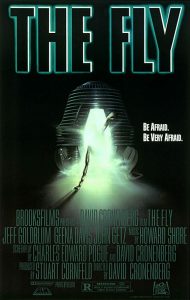 David Cronenberg’s mainstream breakthrough, the movie where his special brand of body horror, combined with a heartbreaking romance, told a story that resonated with fear of illness, of cancer, and of AIDS. Jeff Goldblum and Geena Davis, who would later marry, have rarely been better. 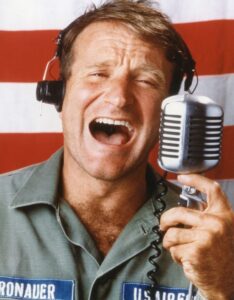 Robin Williams didn’t play a lot of people who actually lived, probably because he was such an inimitable character it’s hard to imagine him as anyone else. But, he did play this real life American DJ Adrian Cronauer who entertained the troops on the air in Vietnam. The film is a bit of a relic of the time it was made in that it tries to be everything: a comedy, a drama, and a story of the costs of war, perhaps not always successfully in all camps. What makes it worth seeing is Williams, who was just hitting his stride as a movie star. 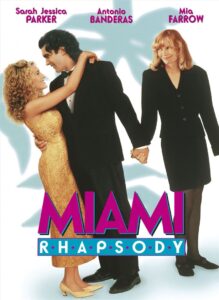 The director of The Devil Wears Prada wrote and directed one feature back in 1995, and it’s a charmer. Deeply indebted to the pacing and wit of Woody Allen, it even borrows Allen’s frequent leading lady, Mia Farrow — by then estranged from Allen — in this breezy Miami-set romcom about the challenges and sacrifices of fidelity, also starring Sarah Jessica Parker, Antonio Banderas, Kevin Pollack, Carla Gugino, and Paul Mazursky. 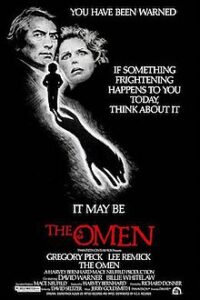 Remade in 2006 when remakes of classic horror were all the rage, nothing compares to the original. The Antichrist arrives on earth in the form of a little boy who gets placed with an American diplomat and his wife (Gregory Peck and Lee Remick), and a photographer (David Warner) starts to investigate some strange happenings around the child. I saw this way too young, and it stayed with me. Damien is still there, in the dark. 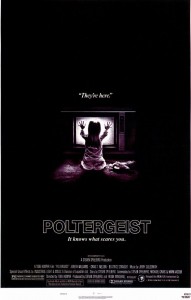 Officially directed by Tobe Hooper, this film has producer Steven Spielberg’s fingerprints all over it. Set in one of his idealized suburban families, it’s actually about how the sins of the past can’t never be escaped, can’t be paved over by settler culture. It’s an entirely effective haunted house movie, while at the same time sweet as something from Disney. 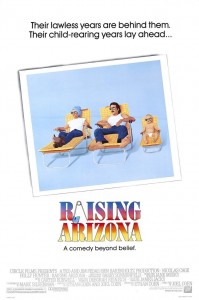 The Coen Brothers’ second feature fronts their comedic genius — the story of a two-bit criminal , HI McDunnough (Nic Cage at his best), who falls in love with the officer (Holly Hunter) who takes his photo every time he’s booked. They can’t conceive, so hatch a plan to abduct one of a local furniture magnate’s quintuplets, which provokes a demon biker from hell (Randall ‘Tex’ Cobb), who might just be the future spirit of the child. This is perfectly pitched, a wild farce with just a dollop of whimsy and melancholy. 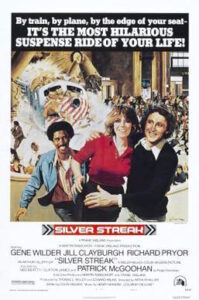 The blackface scene in this movie is about as awful as you can imagine, let’s put that out there — though I wonder if it’s slightly better in that the film is making Gene Wilder’s pathetic effort to pass as African American the object of the joke. Either way, it’s badly dates the film, which otherwise is a fun romantic action-comedy about a book editor (Wilder) on a cross-country train ride who runs afoul of murderers (including Richard Keil’s Jaws, later to show up in two James Bond movies). Also starring the delightful Jill Clayburgh, Richard Pryor, and Ned Beatty, with Patrick McGoohan the head baddie. 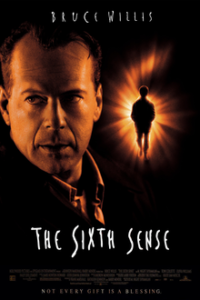 Yep, the central twist is the thing that everyone always remembers about the film that made writer-director M Night Shyamalan a household name, but if that was all there was to it, it wouldn’t have lasted. The film is a frequently moving, frequently chilling supernatural mystery about the relationship between a child psychologist and a boy who claims to see ghosts. Bruce Willis is terrific in it. 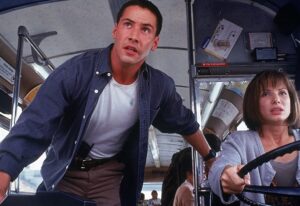 Keanu’s first flush of fame was at least partly due to the success of this picture where he (and the very young Sandra Bullock) are stuck on a city bus that can’t go below 50 miles per hour or it will explode — blame Dennis Hopper. It’s a high concept for action movies that doesn’t really exist anymore in this age of brands and pre-existing IPs, which is fine because most of the movies that followed Speed were nowhere near as good, including its own sequel. Enjoy the original. 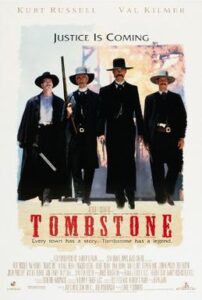 At the time there were two Gunfight At The OK Corral movies coming out within a few months, this one and the far more prestigious Wyatt Earp, starring Kevin Costner. That one ended up a ponderous misfire, while this scrappy western won the draw. Part of it was the stellar casting, featuring Kurt Russell, Sam Elliott, Bill Paxton, Michael Biehn, Dana Delaney, and a never better Val Kilmer as the tubercular gunfighter, Doc Holliday. 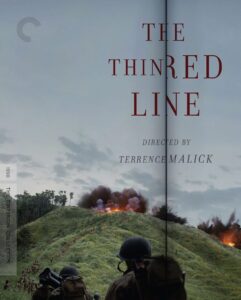 After an almost two decade break, Terrence Malick returned to feature filmmaking with this expressionistic war picture, a sprawling, gorgeous-to-look-at mood-heavy but plot-light epic about the efforts of American soldiers fighting Japanese forces at Guadalcanal in the Second World War. It’s become famous for having surprised a number of its actors with the premiere-night revelation that they weren’t the star of the thing due to Malick’s creativity in post production. Absolutely essential with a fascinating side-effect: It inspired Sarah Polley to become a filmmaker.