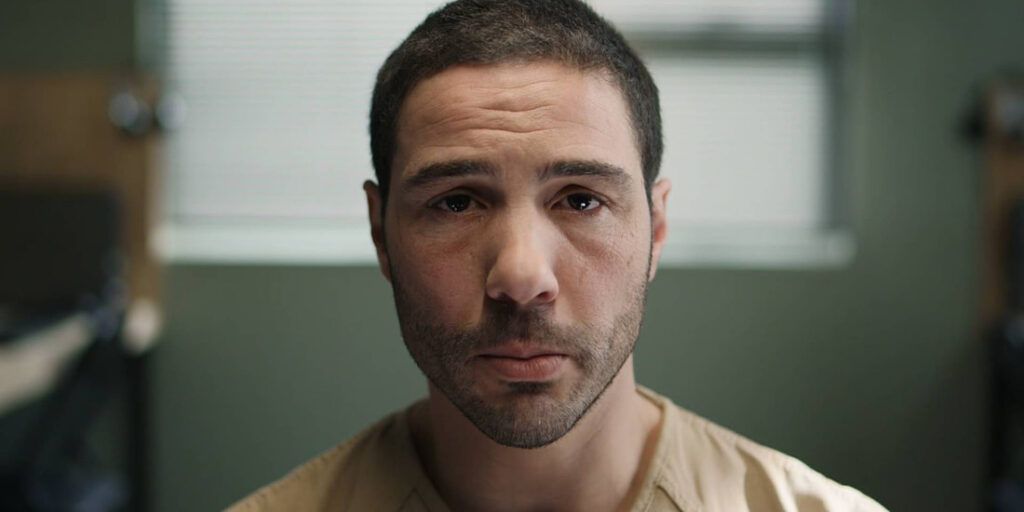 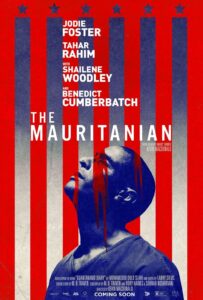 With this film following 2019’s The Report and Official Secrets, Hollywood is still mining stories from the ways in which the American military industrial complex overreached in the years following 9/11. One of the bigger constitution-ignoring issues is the ongoing presence of renditioned prisoners at Guantanamo Bay in Cuba, a black-ops site that everyone knows about.

That’s where Mohamedou Ould Salahi (here played by Tahar Rahim) spent many years, where he was suspected of having a direct connection with Al-Qaida and the people responsible for the attacks. All this despite he was never charged with a crime. 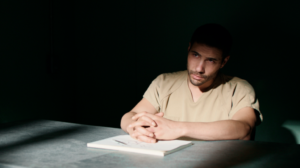 Here we get his story, along with the efforts of his defence council — Nancy Hollander and Teri Duncan (Jodie Foster and Shailene Woodley) — to bring habeas on his case, while the prosecution, led by Stu Couch (Benedict Cumberbatch), looks to arrange a lethal injection.

Better known as a documentary filmmaker — with a few thrillers under his belt — Macdonald delivers a solid, if not particularly flashy, docudrama that’s more than elevated by its Golden Globe-nominated leads. Foster is excellent, but Rahim next level.

The film starts in Mauritania where Salahi is picked up. He immediately deletes all the contacts on his phone before he’s taken by American forces. The film bounces between meeting his defence team, three years into his stay at Gitmo, and when he first arrived, how he lives through waterboarding, sleep depravation, and more, all of it documented. We also spend some time with Couch as he gets up to speed on this case, looking to his buddy Neil (Zachary Levi) for the evidence against Salahi that’s being withheld by the people in charge. 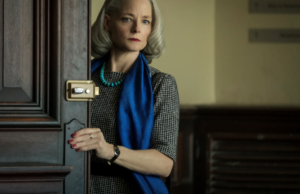 There’s an ease in the visual texture — this is unfussy filmmaking. It makes sense, since this is an adaptation of Salahi’s book, that there’s not a lot of suspense around his innocence, but there are ways the filmmakers could’ve left some doubt in our minds. Not much effort to do that here.

But, there is plenty for the actors to chew over. I think there’s a conversation to be had about Cumberbatch’s recent efforts at American accents, and how much he hits and misses his regional nuance, but he does deliver the required intellect and emotional wallop. He shares a couple of terrific scenes with Foster, who makes a meal of her role. This is her best role since The Brave One, maybe since Panic Room almost 20 years ago. Hollander is staunch in her defence of due process and an individual’s rights under the law, with plenty of steel in her spine and silver in her hair, both of which Foster delivers in style. 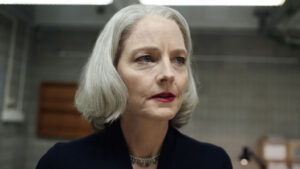 But, the film might not be as engaging as it is if it weren’t for what Tahar Rahim brings to bear. He’s an actor familiar to me from A Prophet and The Past, and here is convincing acting in three languages — French, Arabic, and English. The places where Macdonald puts poeticism in his potboiler, he does it thanks to Rahim. 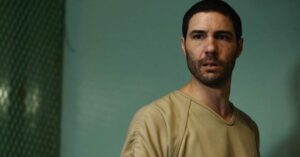 Witness one of the scenes of Salahi outdoors, speaking across the fence with a fellow detainee, a man he only knows as Marseilles. Salahi closes his eyes and listens to the waves. It reminds him of home. It’s a moment redolent of Jonathan Demme’s Philadelphia, where Andrew Beckett gets lost in the sauce while listening to music. It’s just as gorgeous and almost as tragic. 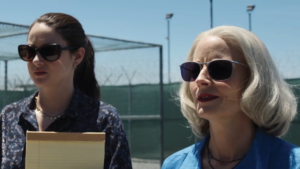 Rahim has charisma to spare, and an almost Tom Hardy-level way of expressing both suffering and charm in equal doses. If the film sparks with North American audiences, expect his star to rise.