This year is the fifth edition of the Halifax Black Film Festival, running from Tuesday, February 23 through to Sunday, February 28. No surprise it’s all online this year, as so many festivals are these days.

The festival is the brainchild of the Fabienne Colas Foundation, which runs the Black Film Festivals in Montreal and Toronto. Part of the event is the Being Black in Canada Series, which highlights local filmmakers’ work in the respective cities.

Check out shorts from notable local filmmakers, including Tyler Simmonds’ Search For Healing, and Jim Morrison IV’s Bonecrusher. The other Nova Scotia filmmakers include Lily Nottage, Kardeisha Provo, and Andre Anderson. And there are plenty more short films to see by Black filmmakers from across Canada and around the world.

Amongst the feature entries a couple of African pictures caught my eye. 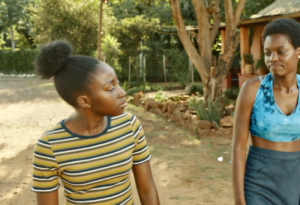 Shaina is directed by Beautie Masvaure Alt, and is from Zimbabwe — and when was the last time you saw a movie from that nation? It’s a drama about family, friendship, and forgiveness.

Gone is a feature about a Nigerian national who goes to the United States and is jailed for more than two decades. He returns to Nigeria in an effort to reconnect with his family, who have believed he’s long dead. Gone is directed by Daniel Ademinokan.

Amongst the documentaries, Since I’ve Been Down looks compelling. It’s about black men, charged and convicted as children, who have spent much of their lives incarcerated in the American industrial prison system. These individuals, now grown, have found a supportive community behind bars.