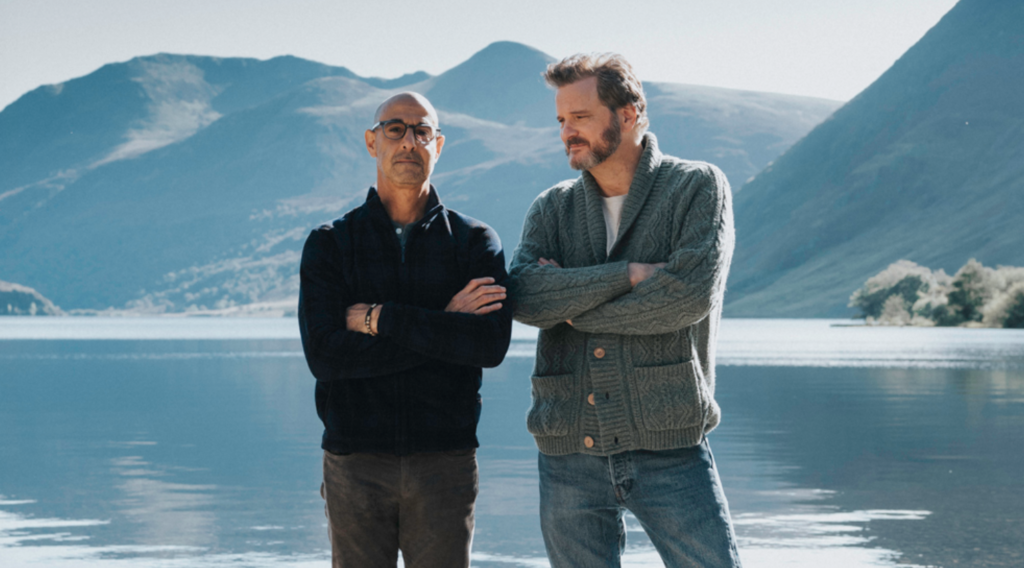 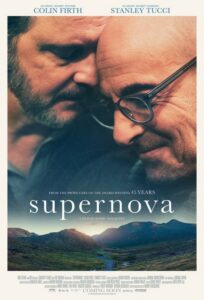 This is a small, intimate drama, a straight-ahead two-hander for most of its running time. It’s also a deeply moving film.

Sam (Colin Firth) and Tusker (Stanley Tucci) have been together for years. Sam is a famed concert pianist and Tusker is an astronomer. They’re on a holiday in the English countryside, travelling in an RV. It doesn’t take long before we see there’s something badly wrong with Tusker. He’s facing a dementia diagnosis and both he and Sam are starting to notice the effects. 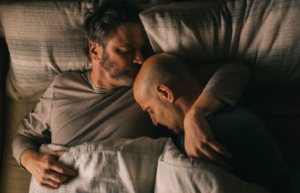 Sam and Tusker travel through the gorgeous countryside, they have a few laughs and a lot of solemn, sad conversations.  They visit old friends. They talk about plans to manage Tusker’s illness, and disagree about the particulars. 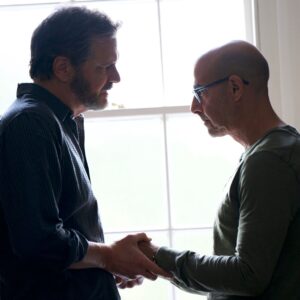 I think you’d need to be made of stone to not be affected by this story, and that’s largely due to the experience and class in the casting. Tucci has always had that, but when Firth was a young actor, he always seemed ill at ease. Over time he’s found his way to something else: an ability to get out of his own way, and that hard-won skill is on full display here in Supernova.

Personally, I’ll admit was hoping there’d be more humour in the face of his terrifying, existential crisis. Tucci, especially, has such a gift with delivering subtle and sophisticated laughs. While we get a few here, Macqueen demands the tone holds on intimate, difficult scenes. There’s nothing wrong with the way he does it, I guess in my movies about love and death I’m also looking for just a little more joy in the face of it.  I know how hard it is to find in life, so I’d like to see it in art.