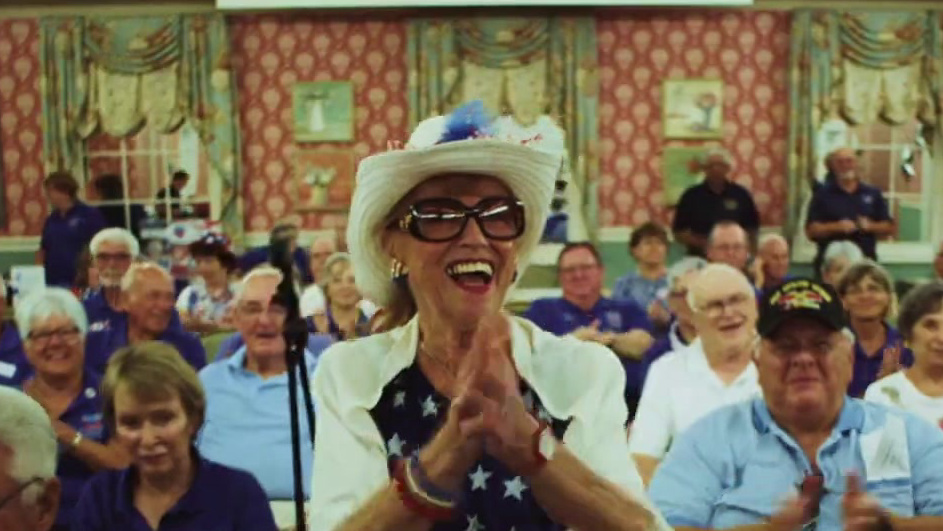 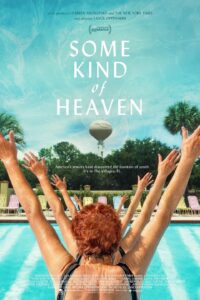 “This is different than most gated communities. This is a community with gates.”

This is an especially vague distinction provided by one of the residents of The Villages, America’s largest retirement community. It’s a little like Disneyland for senior citizens, it’s a planned and curated town, convenient and comfortable. It’s got your Floridian golf course, your swimming pools, your acting classes, your restaurants, your shopping, even your nightclubs — hopping seven nights a week. For many, if not most, this is some kind of paradise for older folks who want to live it up in their later years. 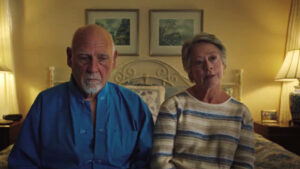 The vision of this film couldn’t be more American; a broad cross-section of the dream, digested and calcified. 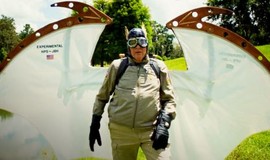 The filmmakers have found the possibly rare cases of folks in this community who are having trouble. Oppenheim, who I understand is in his 20s, has a sensitive, playful, and non-judgmental touch. Imagine a less baleful David Lynch, where the white picket fences and manicured lawns of Blue Velvet aren’t hiding a severed ear. An alligator in the water features, maybe. 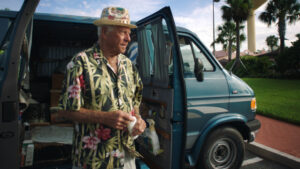 We meet a widow living alone who’s considering getting out and meeting someone new. A couple who are struggling — his recreational drug use and outrageous behaviour confounds his more introverted wife. Then there’s a man who lives in a van, hoping to meet a rich widow at the Villages. We soon find out he’s on the run, and his past is catching up with him.

These are poignant stories, some verging on the desperate. Each character is forced to  deal with an obstacle, or a conflict, that’s exacerbated by their ages. The options are dwindling, and the stakes when you’re in your 70s or your 80s couldn’t be higher. This is a last chance — for love, for security, for happiness — but you also get the sense that for some of them, they may as well be in their 30s. Their behaviour might not have changed in decades. 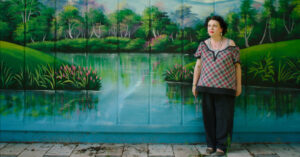 What was it Joel Plaskett sang? “The only thing worse than growing up, is never quite learning how.”