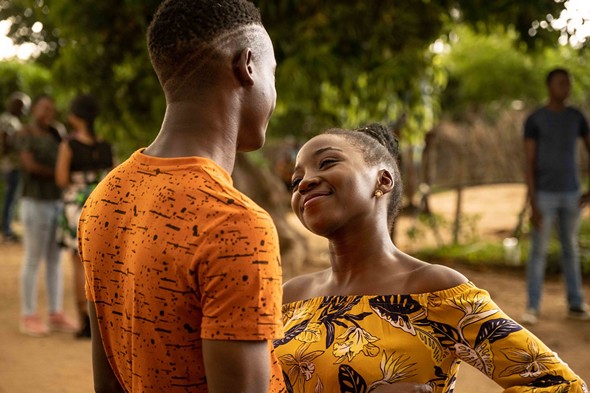 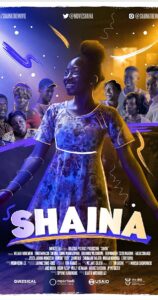 The HBFF opening film is a Zimbabwean YA drama, telling the story of a 16-turning-17-year-old Shine (Wilmah Munemera). She more than bright, she’s quietly brilliant, with dreams of going to university to be an engineer. She lives with her ailing grandmother (Jesesi Mungoshi) and has a number of close friends, including Faro (Tadiwa Marowa), who’s just found out she’s pregnant, having been with a careless boy. She’s afraid to tell her judgemental mother. Another friend has been turning tricks, but in her heart is a business person.

The drama here is straightforward, even predictable, which is what you’d expect from a TV movie partly funded by the US Agency for International Development (USAID) in Zimbabwe with an educational mandate. The narrative’s intent is to empower adolescent girls and young women in Sub-Saharan Africa by telling a tale of self-sufficiency and resilience.  It’s freighted with didactic purpose: believe in yourself, be honest and hardworking, and you too can find your dreams coming true, even in the ugly shadow of the patriarchy. 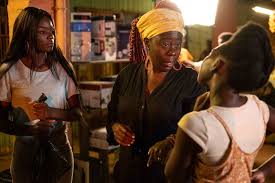 Masvaure Alt’s film leaves room for real darkness and violence — the third act goes to a place that may surprise, as Shine spends more time with an older benefactor, her uncle, but finds his intentions may not be entirely philanthropic.

What’s most impressive here isn’t so much the meat and potatoes storytelling, which is fine, it’s the care with which the film is lensed, by cinematographer Tom Marais. The actors are never less than gorgeously lit, with colours unifying in every shot, especially the exterior daytime scenes.

And while it’s hard not to recognize the simple mission in this narrative, the cast is winning. There’s plenty of dramatic involvement in taking time with these characters as they learn valuable lessons, frequently the hard way.