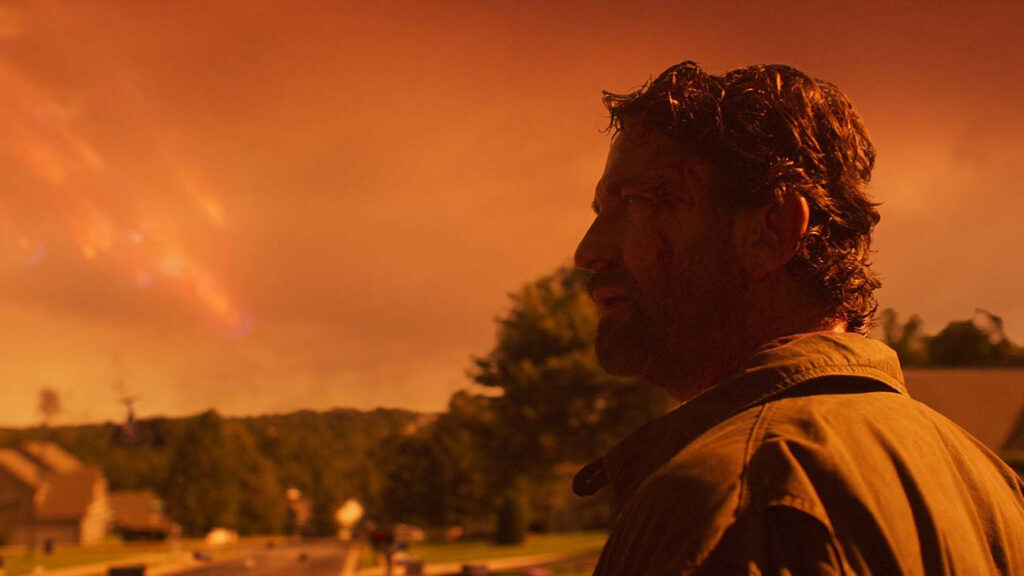 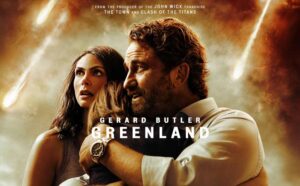 The presence of Gerard Butler in a feature film these days is usually a sign of a certain kind of popcorn escapism. I admit I haven’t kept up with all of his action adventure pictures — I gave up after the execrable London Has Fallen. This is a serious surprise then — a gripping disaster picture that, despite some plot problems, never lets up.

Gerry is John Garrity, and he’s reached that point in his career where, like Connery and Schwarzenegger before them, doesn’t need to explain his being a foreigner living in America — he goes full Scot in this one. 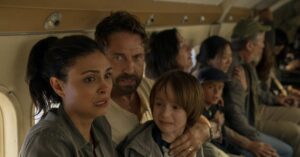 He’s on the outs with his wife Allison (Morena Baccarin, who’s great, but I don’t believe them as a couple at all) and they’re trying to make it work. They start hearing about a comet that’s passing the Earth, parts of which might splash down harmlessly “near Bermuda”. But if it’s so harmless, then why are jets in the sky and military vehicles on the highways? When Tampa, Florida, is destroyed by a chunk of comet, you know it’s only gonna get worse. But, the Garritys — including son Nathan (Roger Dale Floyd), who’s diabetic, you think that’s going to play a part? — get a notification that they’ve been chosen to board an exclusive evacuation plane, if only they can get there in one piece.

The tension is strung impressively taut from this basic scenario, starting with the response of this suburban family’s friends and neighbours who know they’ve been spared the coming destruction, but don’t know why. It’s the reaction of the general population to this apocalyptic threat that feels entirely likely — it’s believable how quickly civilization crumbles around this family, while it’s a little less plausible how organized and patient anyone they encounter who’s in camo gear carrying a gun. 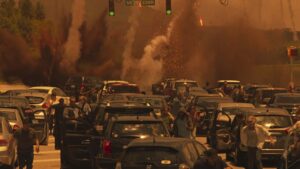 A few characters we come across behave in ways that’s a little hard to fathom — an individual that chooses kidnapping out of the blue seems entirely unlikely, especially when there were other more reasonable options available. The likelihood of a subsequent reunion also stretches credulity.

Those weren’t the only issues I took with the plotting, but while some of this can’t help but come off as a bit silly, director Roman Waugh’s confidence in the storytelling, and his collaborators’ skills in cinematography and editing, is enough to skate over these occasional bumps. This is big, b-movie stuff, delivering big action set-pieces and the regular threat of fiery destruction from the skies. 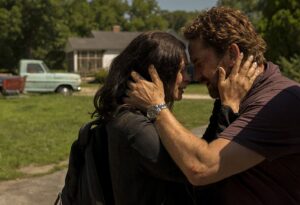 When Scott Glenn shows up late in the running, these days looking a little like an ice walker from Game Of Thrones, he’s a welcome addition — even if his presence suggests the inevitability of the undead. This isn’t that kind of a disaster movie, but that’s OK. There’s plenty here to enjoy without shambling brain-eaters, and unlike some of Butler’s other features, you also won’t feel like you need to check your grey matter at the door in order to enjoy it. It will help to forget that Greenland is icy while Iceland is green, since the filmmakers have forgotten it.