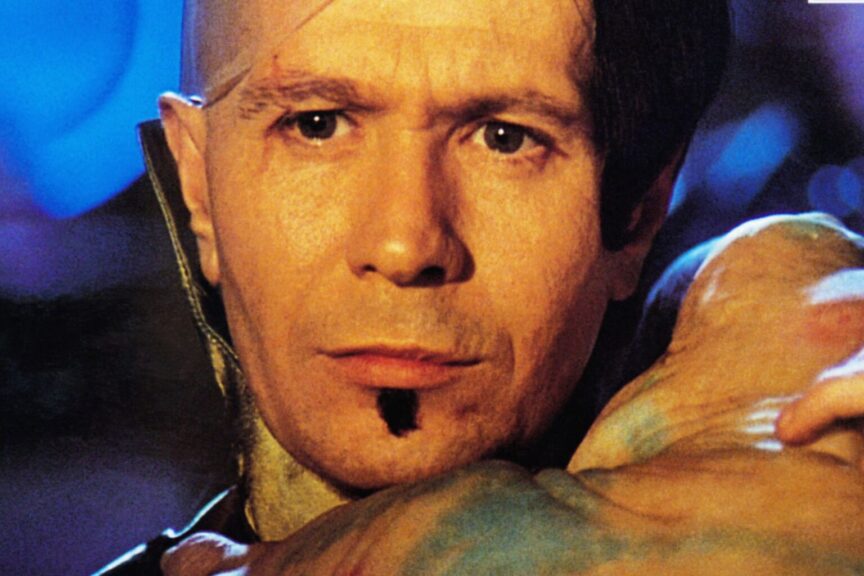 I don’t think this is a secret: Netflix doesn’t carry a deep library of quality older cinema. Most folks looking to a streaming service for a classic movie are probably better off subscribing to Amazon Prime — a lot to enjoy there — or the Criterion Channel. (I’d also recommend a look at the library services, Hoopla and Kanopy.) But, given the ubiquity of the streaming giant, I figured it might be helpful to some to have this list handy when looking for a great movie from days past. 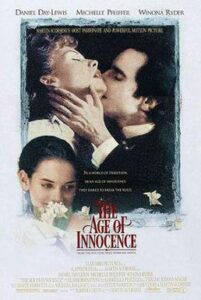 This is the film fans of Martin Scorcese point to when critics get on his case about his obsession with men and guns. It features Michelle Pfeiffer, Winona Ryder, and Daniel Day-Lewis in a story of secret and unspoken love in 19th Century New York high society. From the Edith Wharton novel. 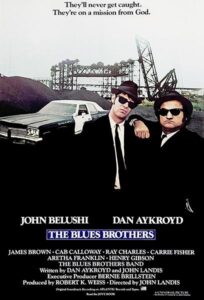 For clueless white kids like me, The Blues Brothers was an introduction to some of the greatest African American musicians ever, including Ray Charles, John Lee Hooker, Aretha Franklin, Cab Calloway, and James Brown. It’s also hilarious, with Carrie Fisher in killer form as a vengeful ex of Jake Blues (the late, great John Belushi), one of our titular brothers (with Dan Aykroyd) looking to raise money for an orphanage. 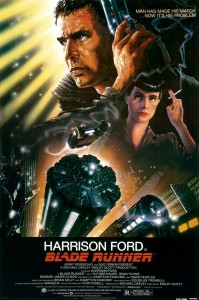 One of the most influential films of the past 40 years, this science fiction detective picture’s reputation has only grown since we reached and passed the year it is set, 2019, with a more-than worthy sequel finally arriving a couple of years ago. Watched from 2021, it’s hard to deny a subtext of misogyny, but it might help if you consider Deckard (Harrison Ford) the murderous antagonist and Roy Batty (Rutger Hauer) the tragic protagonist — one of the film’s many interpretations (and versions, this Final Cut the most recent) have the Replicants, more human than human, as the heroes. 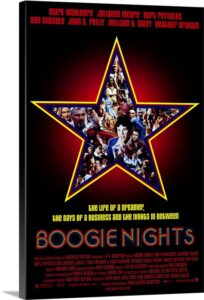 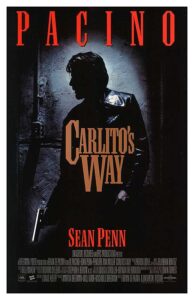 People talk a lot about Al Pacino in The Godfather movies, in Serpico, Dog Day Afternoon, Heat, and as Tony Montana in  Scarface, but his part in this Brian De Palma picture  deserves to be counted among the actor’s best roles. In it he plays a Puerto Rican ex-con just out of prison and looking to go straight, but finds that path unavailable to him. 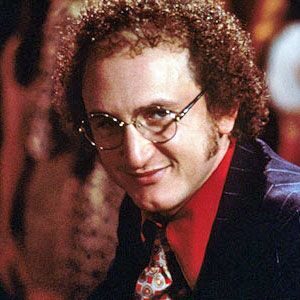 Also a big draw: some of Sean Penn’s best hair. 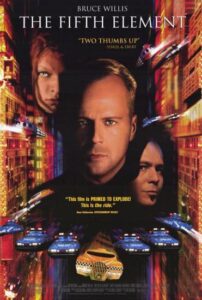 Don’t be fooled by the English language, this primary-colour science-fiction romp is entirely French in spirit, channeling some of the culture’s favourite fantasists in its storytelling and production design. Featuring an entirely OTT turn from Gary Oldman, and if you dig it check out more from Big Gary in Leon: The Professional, also on Netflix. 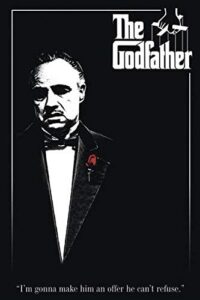 Hard to find new things to say about Francis Ford Coppola’s Italian-American gangster epic, but if somehow you haven’t yet seen it rest assured its reputation is earned. The equally adored sequel from 1974 is also available on the service, and you’re going to want to watch it right after the original. The third, arriving years later, is generally less well-considered, though it has recently been recut and rereleased by the director. 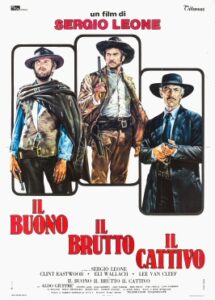 The biggest and best known of the three “spaghetti westerns” Sergio Leone made with American cowboy actor — as he was considered at the time — Clint Eastwood. This one also comes with that iconic Ennio Morricone score and a whole lot of sweaty close-ups. 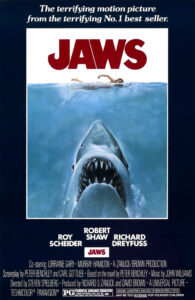 If Steven Spielberg had never made another film, his reputation as an American great would’ve been sealed here. Reductively called a horror movie, it’s more a thriller, an adventure, and a family drama, about a summer beach community threatened by an enormous shark. Jaws 2, 3, and Jaws: The Revenge are also all available on Netflix. Go into the water if you must, but expect diminishing returns. 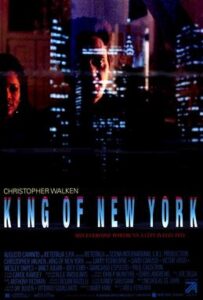 Christopher Walken in chillingly excellent form as a crime boss who, recently released from prison, chooses to become a Robin Hood figure. Also notable for a host of small roles from actors who would go on to bigger things, such as Laurence Fishburne, Steve Buscemi, Wesley Snipes, Giancarlo Esposito, and David Caruso. 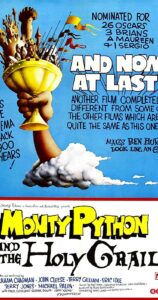 A classic from the beloved (mostly) British absurdist comedians, once you’ve seen it you’ll never watch any medieval drama in the same way again. Weirdly, it’s one of those rare comedies that actually might be funnier recounting later with friends than it is to watch, and it’s plenty of fun to watch. You’ll find lots of other Python content on Netflix, including the religious material: Life Of Brian. 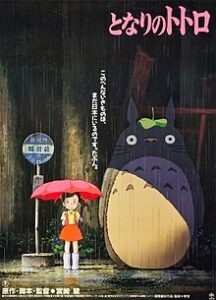 A great starting point for all things to do with Hayao Miyazaki, the Japanese anime master, this sweet story of two sisters’ summer in the countryside delivers all the magical whimsy and imagination inherent in his work. If you dig this, keep going: Princess Mononoke, Spirited Away, and many others are also on Netflix. 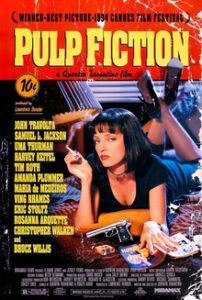 Quentin Tarantino will likely never better this wildly entertaining crime comedy anthology, with its interlocking tales told out of order. It’s wonderfully perverse, still shocking, and subversive of genre and audience expectations. If you get a taste for QT, also available on Netflix is his first feature, Reservoir Dogs and one he wrote but didn’t direct, True Romance, as well as some of his more recent work. 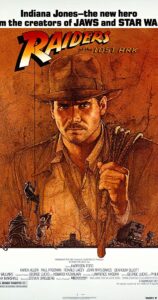 The only thing that ever gets tired about Steven Spielberg’s endlessly watchable masterpiece is its studio’s efforts to rename it Indiana Jones and the Raiders Of The Lost Ark. Harrison Ford is the temple-raiding and cultural-artefact absconding archeologist who runs afoul of a bunch of Nazis in the years before the Second World War. Also available on Netflix are other franchise entries The Temple of Doom and The Last Crusade. 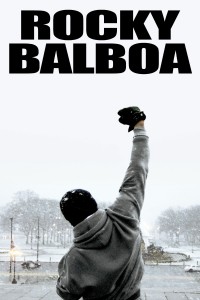 Another much beloved film where its reputation is largely deserved. If you haven’t seen the original, maybe having caught one of its five sequels or two recent legasequels, you may find this one a lot more gritty and grim than you expect, but you won’t find a more well-crafted underdog story and Sylvester Stallone owns the character. 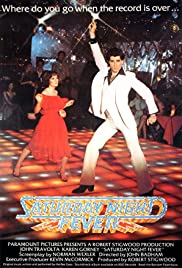 The massively successful soundtrack — a defining record of the disco era, with all those Bee Gees hits — has outlived the movie in some respects. Going back to the original picture, it still holds up thanks to John Travolta’s starring role as a cocky 19-year-old New Yorker who loves to dance, but not much else. A lot more hard-edged than you might expect, it achieves an almost kitchen-sink realism and lack of sentiment. And speaking of dancing Travolta, Grease is also the word on Netflix. 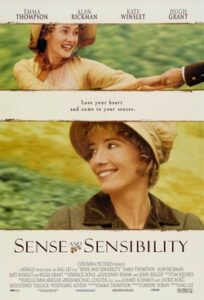 Ang Lee apparently barely spoke English when he was hired to direct this Jane Austen adaptation, but his quiet professionalism carried the day. He also had the screenwriter as his lead actor, Emma Thompson, which must have helped with parsing the challenges of the language. The film is a complete joy, delivering all the English wit and romance anyone needs, and it might be the least stuffy film of its kind since the height of the Merchant Ivory era, when these literary adaptations were dropping thick and fast. It helped make Kate Winslet a star, and offers a good reminder of both Hugh Grant and Alan Rickman’s gentlemanly charm. 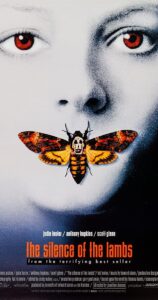 The last time one film swept the big prizes at the Oscars was this one: Best Actor and Actress went to Anthony Hopkins and Jodie Foster, Best Adapted Screenplay to Ted Tally, Best Director to Jonathan Demme, and the movie earned Best Picture. And all for a horror movie. But, that’s not really what it is — it’s a psychological thriller, a procedural, about a young FBI agent hunting a serial killer who gets some help from a consultant, if you will, a brilliant, insane doctor now imprisoned for life. He ate his victims. This film has lost none of its dark power. 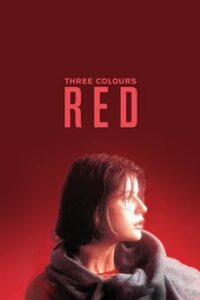 Amongst art house aficionados, Polish master Krzysztof Kieslowski was  something special, a humanist storyteller of unparalleled skill. This trilogy can be enjoyed separately, and watched in any order, but probably makes the most sense seen in the order the movies were released. Told in French (with some Polish) the colours represent the French flag, and the  ideals of liberty, equality, and fraternity. Blue is the most straight-ahead drama, about a woman (Juliette Binoche) who tries to withdraw from the world after the death of her husband and child. White is more of a caper and a satire, where a man travels from France to Poland in a suitcase, also starring Julie Delpy. 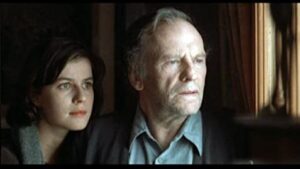 And Red is an unlikely platonic romance, perhaps the most hopeful of the three. Kieslowski was fascinated by human connection, the things that bring us together, and Red shows how that can be beautiful.