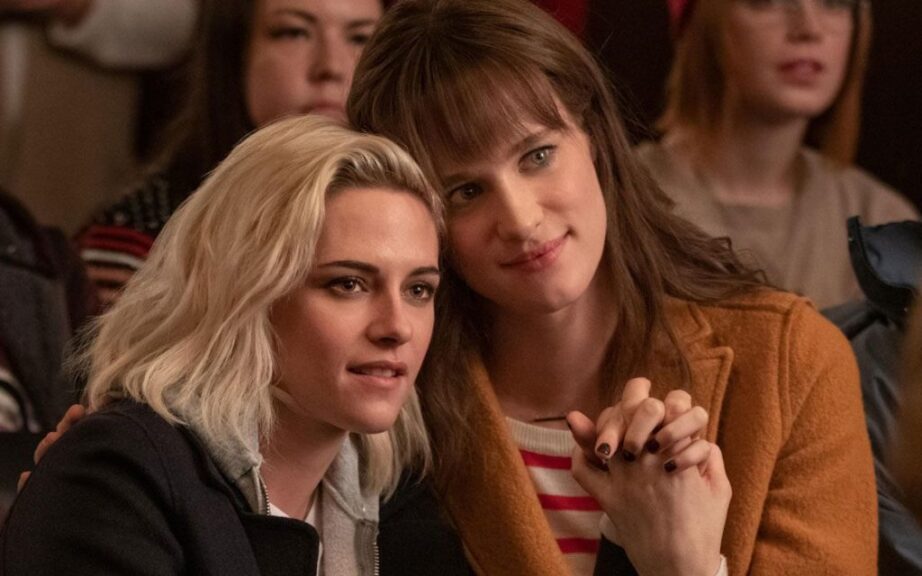 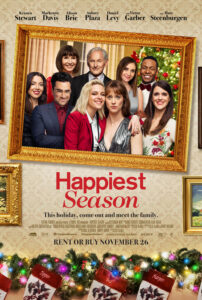 It’s Christmas at the Caldwell home, solidly upper-middle class, white, and midwestern.  Daughter Harper (Mackenzie Davis) is bringing her partner Abby (Kristen Stewart) to the holiday celebration. The problem is that Harper hasn’t come out to her parents — the exquisitely passive aggressive Mary Steenburgen and Victor Garber, who’s keen to become mayor of their town. So Abby agrees that for the five days she’ll pretend to just be Harper’s roomie. 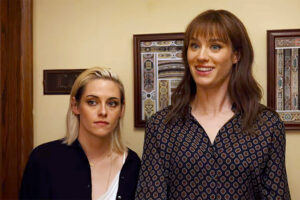 These are perfect stakes for a Christmas movie in 2020, bringing home a modern anxiety that’s relatable for a lot of people — coming out to the ‘rents, and what you sacrifice when you delay, delay, delay being honest with the people around you. 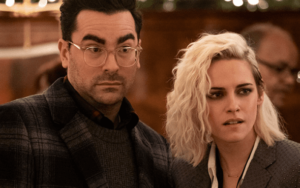 What’s interesting is how Kristen Stewart seems so awkward and out of place with this material, at least at first. With this comedy-honed cast,  she ends up being — for want of a better term — the straight person. Stewart has many gifts, but a light touch isn’t one of them.

That said, her presence here ends up being just right, especially when she brings her dramatic chops to bear when they’re needed most. What the film doesn’t satisfyingly resolve is how she has much stronger chemistry with Plaza than she does with Davis. 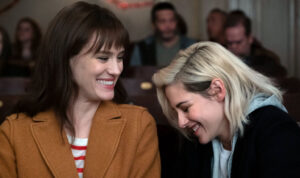 But, really, it doesn’t matter. The script is a delight, the direction on point and the cast bring their A-games. By the end I was in love with them all. The only question is who would end up making me cry — it was Dan Levy. You get the prize, you lovely man.