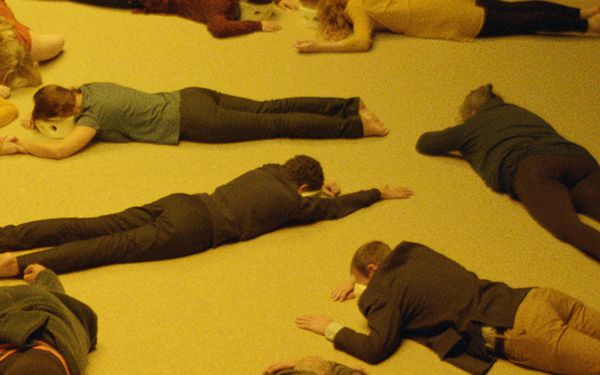 Directed by Pella Kågerman and Hugo Lilja | Written by Kågerman and Lilja, based on a poem by Harry Martinson | 106 min | On Demand 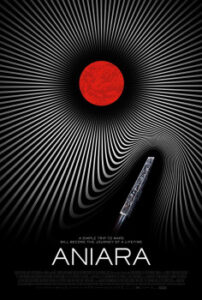 What we’ve got here is a chilling science-fiction drama based on an epic science-fiction poem. In Swedish. I’m sure I don’t have to tell you this won’t be to everybody’s taste, but it’s one of the more interesting, challenging genre films to come down the pike in awhile.

Aniara is the name of a spacecraft that will transport people from the Earth we’ve destroyed to our new home on Mars. It’s made out to be as routine as a cruise across the Atlantic — it’ll take about three weeks. Passengers can shop and exercise and hang out at the bar. 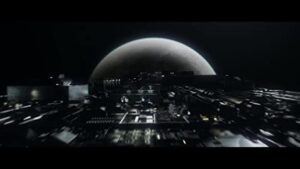 There’s also the Mima, an artificially intelligent holodeck of sorts that looks into people’s memories and mimics for them immersive imagery of the Earth of yesteryear. The Mima has a guide, MR, or Mimaroben (Emelie Garbers), a preternaturally positive and hardworking woman who has trained herself to ignore the Mima and help others experience it. From the jump the community is her priority over her own needs.

A little way into the journey, the Aniara narrowly misses catastrophe by space debris, but it throws the ship off course. The authoritarian captain (Arvin Kananian) assures the passengers they can eventually return to their course if they can slingshot around a celestial body, but a cynical astronomer on board (Anneli Martini) doesn’t see there’s any chance of that. Meanwhile another woman on board, Isagel (Bianca Cruzeiro), also a pilot, has caught MR’s eye. 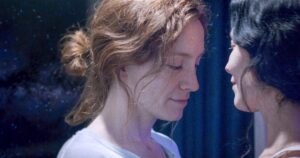 We get an examination of the collapse of civilization and what cheap and desperate leaders will say and do to stay in control. We see the futility of science to help us, and what we all do when there’s no hope to be found — from bizarre religious rituals to sex to suicide. There’s the path of love and family, but only if all parties are equally committed to the same idea. With the terrifying maw of oblivion beckoning, commitment to anything beyond despair is a challenge.

MR ends up being a fascinating character, someone who believes in the healing power of creativity and nature. I expected the artificial intelligence to play more of a role, but in the end the complex tools available to us, even our own ability to distract ourselves from the truth — there’s an indictment of escapism here, too — is no comfort when staring into the abyss. 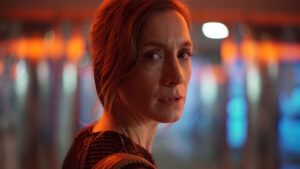 I’ve heard some compare this favourably to High Life, but while they share some of the same thematic concerns, I found Claire Denis’ film confused and frustrating, so I’d rate Aniara a darker but far more impressive effort overall — closer to both versions of Solaris and the eco-sci-fi classic Silent Running. A must-see for fans of philosophical science fiction as well as Scandinavian cinema.