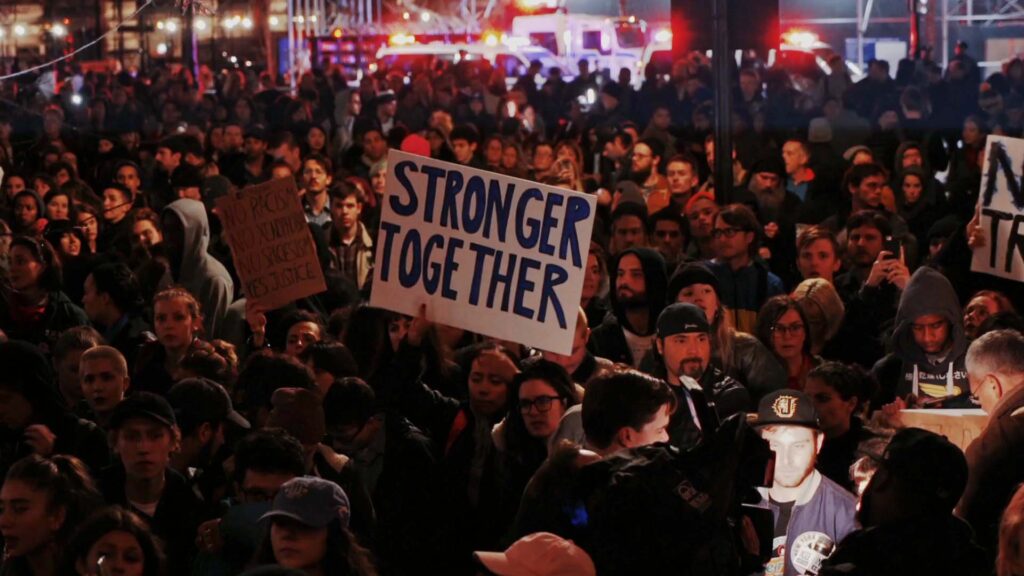 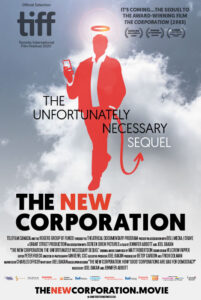 This documentary screened at the FIN International Film Festival and the Lunenburg Doc Fest and is now in cinemas. This is my festival review, slightly edited.

The Corporation (2003) was a left-leaning, eye-opening documentary that explored the idea of corporations having all the rights of the individual, and when the filmmakers examined the personality of that individual, they found them to be a psychopath. It was entirely compelling framing of how corporate entities have taken over our economy.

This new film is tells a no less chilling story, no less well, though it feels more like a call to action, more politicized. It’s narrated by Charles Officer, who occasionally sounds like Werner Herzog (in the best possible way). 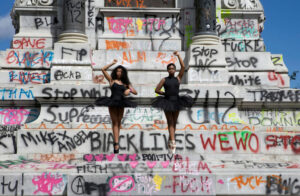 Creative capitalism has led to rebranding corporations with a conscience, because that’s what the public expects — but it’s just another seduction. Corporate elites quote profit-making and virtue, while banks like JP Morgan destroy communities and yet market themselves as investors in rescuing cities like Detroit. Or BP, where they made cuts that may have led to the Deepwater Horizon disaster. The bottom line of investor profits always trumps community care.

Then we get into new corporate frames brought on by big tech, companies like Google and Facebook that have the financial heft of nations, promoting values of narcissism and materialism. Companies step into the void left by government, and when government steps away from governing, when they privatize essential public resources like utilities, corporations step in.

And then, when corporations put on a smiling face, a progressive face, we trust them more, even while those selfsame corporations break rules, ignore regulations, and destroy the environment.

The film ties together the wild economic inequities of life, the chasm between the rich and the poor, and even makes room for the recent arrival of COVID-19.  All this has led to a rise in corruption, a breakdown in social cohesion, and a rise in right-wing anger. It’s also led to movements like Occupy, the grassroots urban resistance, new progressive politicians, and putting black and indigenous rights to the forefront. 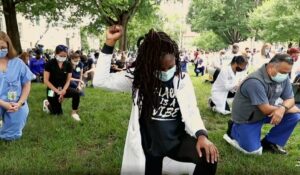 So, while in so many ways it seems we’re fucked, there’s still hope — The New Corporation frames it all quite well. You may need a drink afterwards.