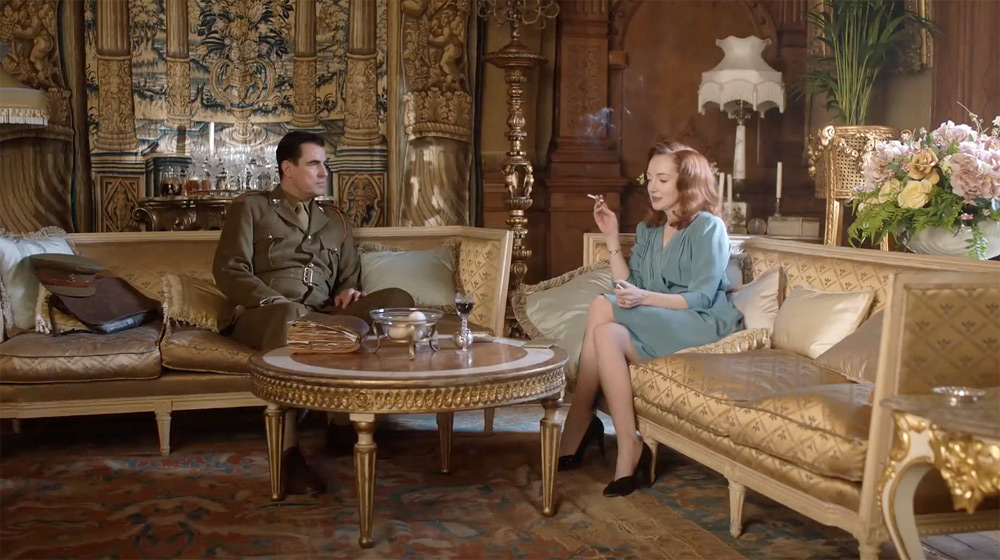 Directed by Dan Friedkin | Written by John Orloff aka James McGee, Mark Fergus, and Hawk Ostby, based on The Man Who Made Vermeers by Jonathan Lopez | 117 min | In Cinemas 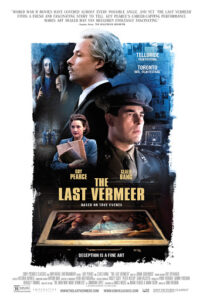 Dan Friedkin is a Texas billionaire, owner of a chain of car dealerships, with a sideline as a film producer. In The Last Vermeer, his first feature as a director, he does something next to impossible: He proves billionaires are good for something beyond a vulgar amassing of wealth. He’s good for having made a slick and entertaining post-war potboiler. 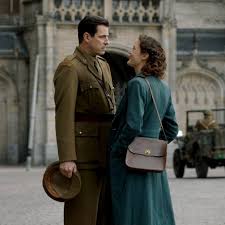 Based on a non-fiction book, The Last Vermeer tells the story of a lost painting by the Dutch master discovered in a railcar hidden in an Austrian salt mine three weeks after the end of the Second World War. A Dutch (and Jewish) investigator from the Allied Command in Amsterdam, Captain Joe Piller (Claes Bang), tracks its sale to a painter, sometime art dealer, and socialite, Han Van Meegeren (Guy Pearce). As Piller’s job is to prosecute those civilians who got rich by selling off cultural treasures to the Nazis, Van Meegeren sure looks guilty. Dutch detective Alex De Klerks (August Diehl) certainly thinks he is, but as Piller and his aides (Vicky Krieps and Roland Møller) do their research, they find a more complex story behind the man. 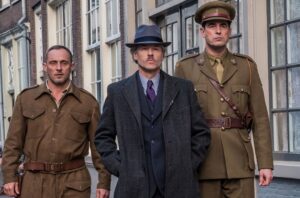 The film wobbles out of the gate, where Friedkin introduces a lot of characters and subplots without establishing much of a sense of what we should care about. Piller has a wife and child who feature, but then vanish, with Krieps’ Minna Holmberg set up for romance, but the film doesn’t really care about that and, consequently, neither do we. More worryingly, Pearce’s make-up and hair upstage him, making it hard for us to take him seriously as this supposedly charismatic figure. 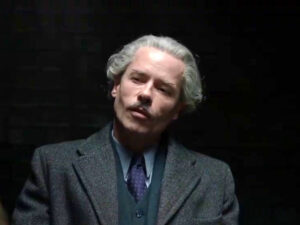 The biggest problem here is the curse of the so-called “Europud.” Despite this being an American production, it has all the hallmarks of an international co-pro: The period setting, the cast a series of actors from different backgrounds (Denmark, Luxembourg, Australia, and Germany, to name just a few) all acting in accented English with none of the accents matching. And, inevitably, some of the actors for whom English is a second language aren’t entirely as comfortable speaking it as they should be. 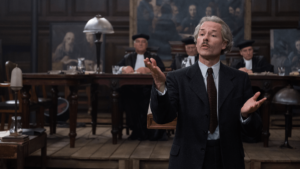 But, all that said, the film eventually finds its focus by letting Joe Piller lead us into the mystery around Van Meegeren, shaking off subplots, which settles into a decent courtroom drama that hinges on the possibility of art forgery. That the picture ends better than it starts is to its credit, and at least some of that should be shared with Claes Bang, who with this, The Burnt Orange Heresy, and The Square, is becoming the movie star most likely to be in a movie about visual art. 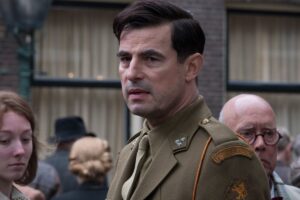