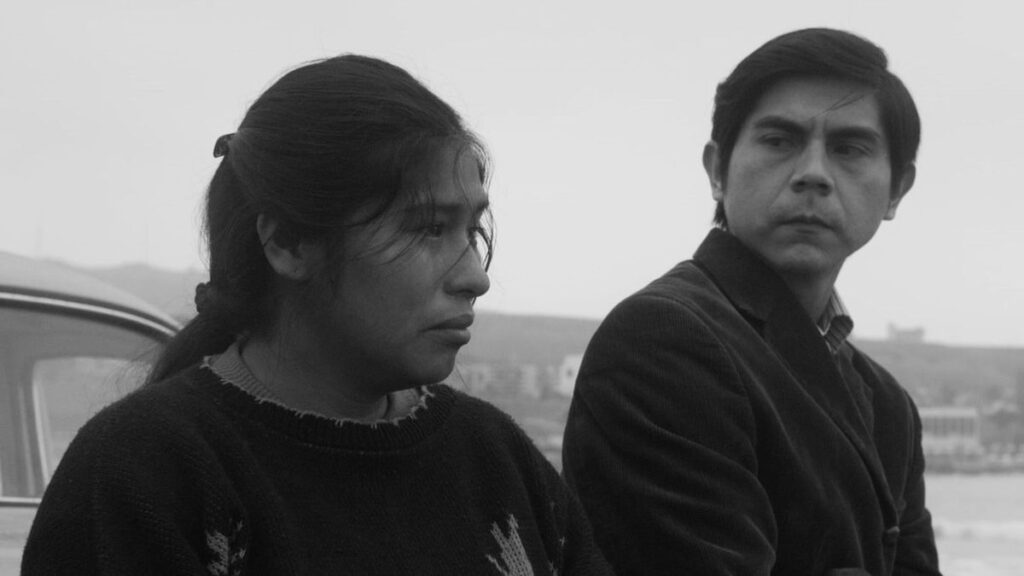 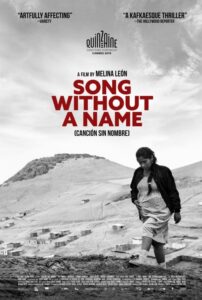 A haunting, intense drama based on actual events that took place in Peru in 1988, reported on by the journalist father of the director and co-writer, León, against the backdrop of conflict between the Peruvian government and the Shining Path, the communist insurgency. The film does a terrific job of focusing in on the micro drama while also painting with broad strokes the lives of impoverished locals, struggling to make ends meet in the face of violence, exponential inflation, and food shortages, all shot in lovely black and white, framed in a soft-edged 4:3 ratio. The self-conscious presentation eases the horror of the story a little, but that’s welcome because this is plenty horrific. 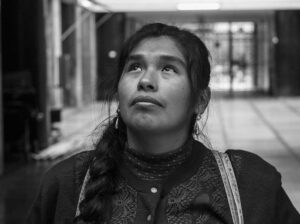 The story follows 20-year-old Georgina (Pamela Mendoza), an indigenous woman living in the rural Huamanga Province halfway between Cusco and Lima. She’s pregnant, and goes into Lima to get care from a service offering free healthcare. She finds her way to them when her labour begins, but when her daughter is born, the child is taken away and Georgina thrown out of the clinic. Georgina and her husband, Leo (Lucio Rojas), don’t have official documents and so don’t have any status in the city. Their concerns aren’t taken seriously by the police or the government. Meanwhile, journalist Pedro (Tommy Párraga) gets ahold of the story, and winds up helping Georgina though not entirely because he wants to. 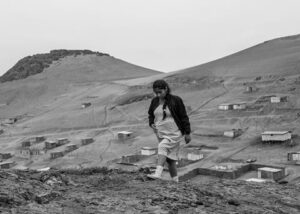 There’s no way around it: This is a dirge. It’s a tale of the suffering that takes place in a world where people look away from the scourge of human trafficking. It details the reality of life when you’re not considered a citizen in your own homeland. We get a lovely visual palette, though, and a lot of texture of Peruvian society, plenty of village exteriors and urban blocks — you get the sense they didn’t have to dress much of the sets to convince as 32 years in the past. I was reminded of Roma, also the story of an indigenous woman dealing with a pregnancy through the prism of memory, though Cuarón’s black and white homespun epic was warm and sprawling where this is all grit and intimate sorrow.

In the film’s second half, the mystery of the missing child fuels a procedural that holds the attention, but the subplot of a same-sex romance between Pedro and his neighbour feels like a distraction from the main plot rather than a welcome addition. 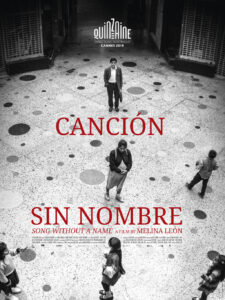 On the whole, I can’t deny the power and vision of Song Without A Name. I’m glad to have seen it, but will need time to recover.