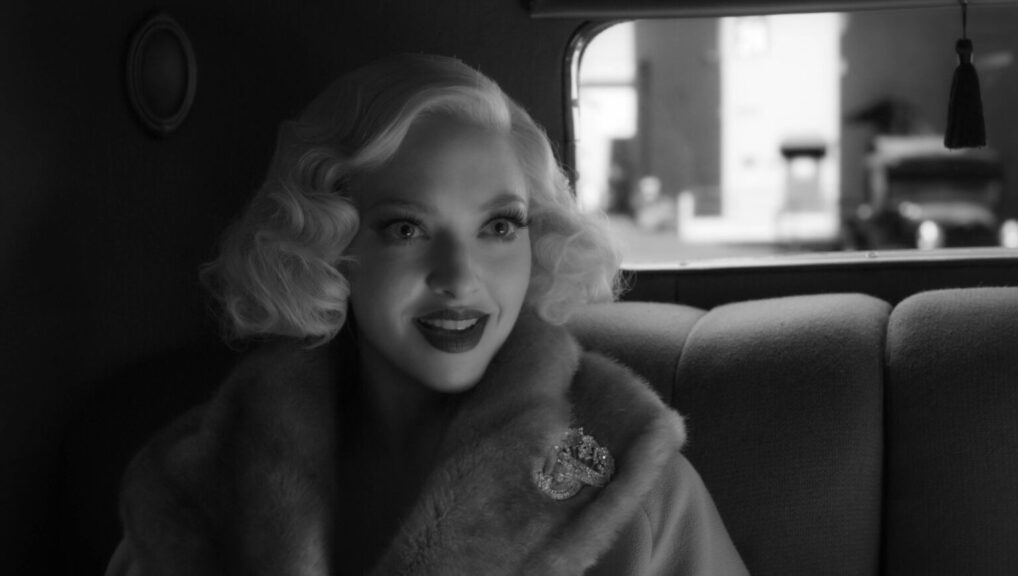 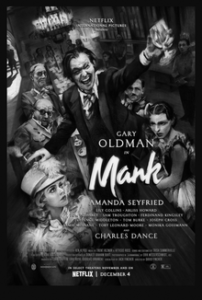 On the face of it, this is an unlikely pairing of filmmaker and subject: The master of the modern, chilly thriller, David Fincher, making a movie about the writing of the Oscar-winning script for Citizen Kane, spotted with flashbacks to the real people who inspired famed screenwriter Herman J. “Mank” Mankiewicz — specifically his association years before with influential California newspaperman William Randolph Hearst and his showgirl lover, Marion Davies.

But, remember, Fincher also directed The Game, Panic Room, The Social Network, The Girl With The Dragon Tattoo, and Gone Girl — a huge swath of his career has been devoted to telling stories about the suffering of the wealthy and entitled. In that regard this is right up his alley. He isn’t a writer, but this screenplay is written by his father — that could make it more personal. Or maybe it’s that like Welles, Fincher was once a wunderkind who struggled with Hollywood pressure out of the gate — on the deeply compromised Alien3.

Whatever it is that inspired the director to make this, it’s a fascinating project. It takes awhile to settle down, but it’s gorgeous to look at, and, once you navigate the jarring flashback structure, there are things to enjoy. 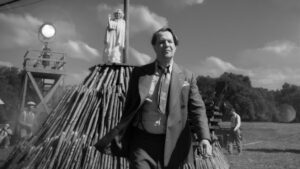 It helps that Fincher’s lead is the charismatic Gary Oldman. As Mank, he gets all the witty, deeply soused yet brilliant rejoinders. He’s been taken out to a ranch in the desert to write the script for RKO studio’s Citizen Kane and to dry out with the help of a British typist, Rita (Lily Collins), whose husband is at war, and famed thesp and producer John Houseman (Sam Troughton). Only a phone call away is Welles (Tom Burke) himself, Mank’s brother and fellow Hollywood player, Joseph (Tom Pelphrey), and Mank’s long-suffering wife, Sara (Tuppence Middleton). The writing goes well while the drinking continues, and the flashbacks to a variety of years in the early ’30s are helpfully delineated by typed scene-headers.

That’s when it gets interesting. Years earlier Mank is part of a team of screenwriters supposedly so brilliant they can get away with improvising in story meetings with studio heads while drinking and gambling the rest of the day away. Mank has suction in this town, which gets him invited to parties with ruthless young executive Irving Thalberg (Ferdinand Kingsley), Louis B Mayer (Arliss Howard), and that immensely wealthy mogul, Willie Hearst (Charles Dance). His cleverer-than-people-think girlfriend, Marion (Amanda Seyfried, entirely plausible, and delightful, as a Golden Age starlet), has a friendly connection with Mank — maybe more a platonic affair, as Sara later describes. 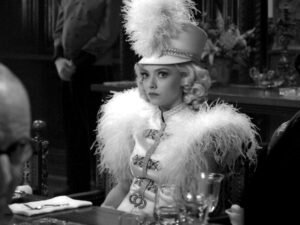 Mank makes a show of cynicism but is actually someone who’s managed to hang onto his integrity in this factory town. He gets concerned when he sees the influence Hearst has over the studio and staunch Republican Mayer, and what lengths the studio is willing to go to sabotage the political ambitions of author and socialist political candidate Upton Sinclair (played by Bill Nye, the Science Guy in fact a distant cousin).

This is what gives the film its real juice — the film cares less about the machinations of whether Hearst will take personally Mank’s script, or whether it’ll make Mank persona non grata in Hollywood — his big mouth, gambling debts, and alcoholism has already done that. (Yes, it will help to care, or at least know, a little about the painful gestation of Citizen Kane in advance of going in.) But, the film’s at its best when it explores how people seem willing to sell out their ideals for power and money, or for their long stifled dreams coming true, and what Mank himself thinks is worth fighting for. 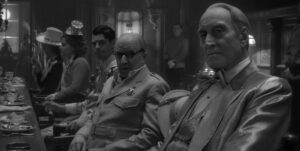 That and the reams of repartee help make it zing, though this picture isn’t without problems. Funny for Fincher, whose bread and butter is frequently murder, that this script would ride on what feels like such medium stakes. Aside from self-destructive Mank, we don’t get a whole lot of emotional connection with any of the other characters. They’re interesting, funny, and occasionally piteous, but the movie is a long way from, as Louis B. Mayer suggests, making us cry.

A few characters here are painfully, poorly served. Middleton, so good in recent Canadian fare Disappearance At Clifton Hill and Possessor gets to tut disapprovingly until a solid speech in the last act, but the role is hardly worth her talent.

Mank sure is sharp, though, jammed with meta commentary and clever asides about Hollywood, the studio system, and its own role in that mythology — look for the digital “cigarette burns” in the upper right corner at the end of scenes, which in celluloid days were there to let projectionists know it was time to change a reel. No need for that now, but Fincher clearly wants to pay homage to the illusion with his black and white throwback. 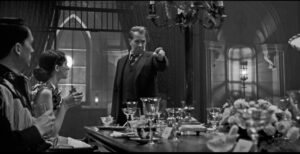 Mank almost achieves a Hail Caesar!-style knowingness in its affection for the Hollywood machine, while the presence of Sinclair might make it an interesting companion piece to There Will Be Blood (which adapted Sinclair’s novel, Oil). No, I don’t think it’s as good as either, but Mank has plenty of ambition to be and that counts for a lot.