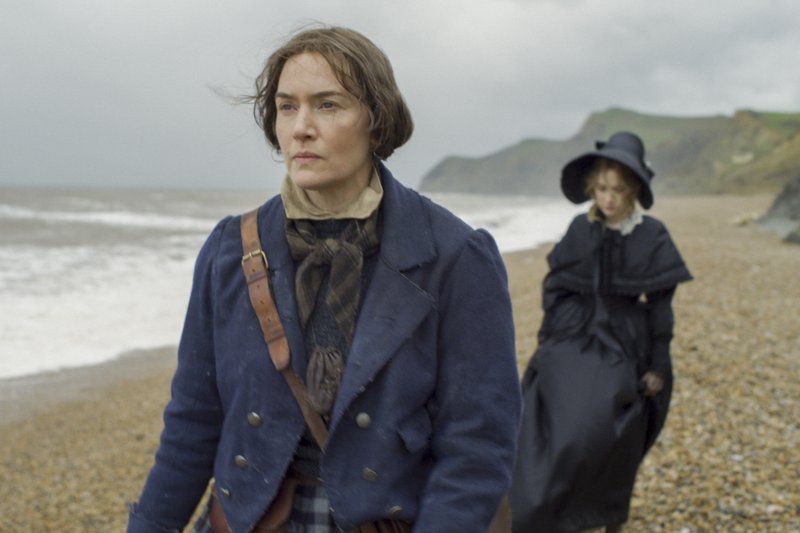 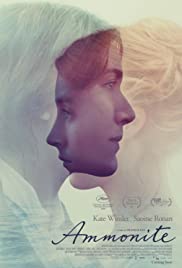 Francis Lee’s follow-up to God’s Own Country is a period drama set on a surf-swept shore featuring a romance between two women, but don’t let any surface similarity to Portrait Of A Lady On Fire lead you on. The tone here, of muted English muck, weak tea, and creeping damp rather than Mediterranean sun couldn’t be more different. 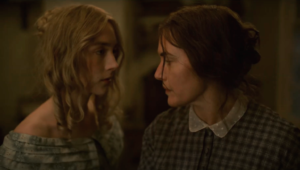 Kate Winslet’s role is a fictionalizing of the life of paleontologist Mary Anning. She works with her mother (Gemma Jones, making this a Sense and Sensibility reunion) in a gift shop in seaside Dorset while she also pursues her passion for finding fossils. This is the 1840s, where women were not taken particularly  seriously as scientists, nor in most other ways. We see evidence of that when an admirer of her work appears, Mr Murchison (James McArdle) and then departs, leaving his unhappy wife, Charlotte Murchison (Saoirse Ronan), in Anning’s not entirely agreeable care. It takes the better part of the running time, but when the heat between Anning and Mrs Murchison finally arrives, it scorches. 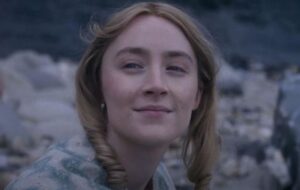 Ammonite isn’t able to steer clear of a certain dour predictability, that this story of how one person’s hard-fought identity might prevent them from a broader happiness is a tired trope in gay romance. Nor is it as kinetic or unexpected as what Lee was able to accomplish with his first film. 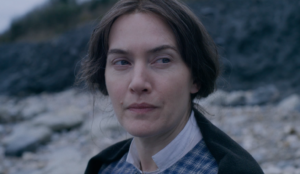 Still, what what makes it worth seeing are the host of long looks and furtive glances, with so little said but so much communicated between two of the best actors working. Winslet’s Anning is hardened by years of hardship and disappointment. The always welcome Fiona Shaw appears briefly in her wake. It takes time for Ronan’s younger Charlotte Murchison to chip away at her slate exterior. We also get some lovely narrative transitions — Lee knows what he’s doing when he cuts between a magpie and a woman in black and white mourning dress. 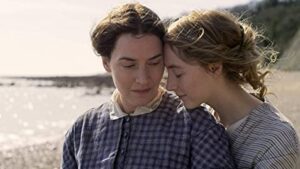 Ronan is typically solid, but this is entirely Winslet’s film. Expect gongs to go her way come awards season.