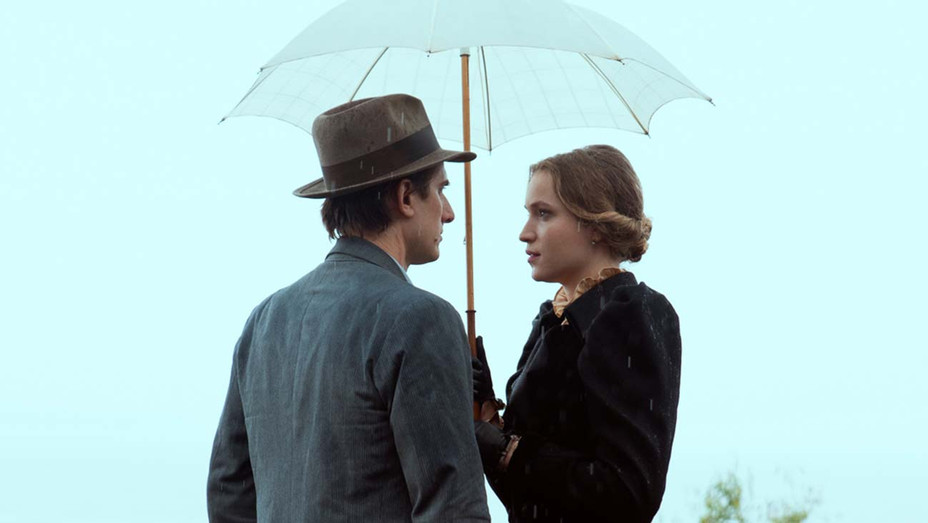 Directed by Pietro Marcello | Written by Marcello and Maurizio Braucci, from the novel by Jack London | 129 min | Carbon Arc Cinema 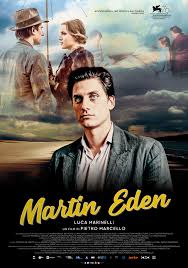 I’ve been asking myself quite a bit lately if, as movie-goers, we’ve all been programmed to identify, and sympathize, with the protagonist of the movie we’re watching. That maybe we’re not nearly as critical of the “hero” of a picture thanks to years of Hollywood formulas, and that more often the message of a feature could be in the mistakes the lead character makes rather than their accomplishments.

This came up last year (here and here) when thinking about Quentin Tarantino’s Once Upon A Time… In Hollywood and now it’s worth considering in Martin Eden.

An Italian adaptation of a famously misinterpreted Jack London novel, the film tells the story of an uneducated sailor who, inspired by the love of a woman from a wealthy family, wants to better himself. This leads to adventure, egoism and failure, and a lot of politicking. Martin embraces what he sees as the truth of human nature, individualism, and in the face of union action in his community he distances himself from both his fiancé and his working class roots. He’s eventually disillusioned even as he finds broader success as an intellectual. 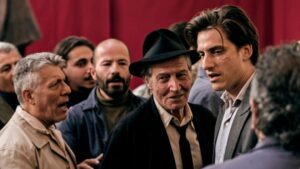 The film’s devoted retro-realist look, rich, grainy and immediate, is inspired by Italian and French cinema of the 1960s — including more than a few cheesy music cues — though it’s a little looser with its setting and costumes, evoking the ’60s, ’70s, and even the pre-war ‘30s. Deftly edited and scored archival scenes help flesh out Martin’s interior life while unmoored by any particular historical event. 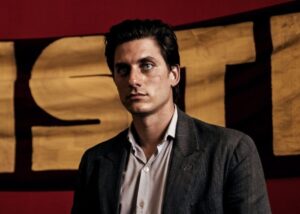 In the lead, Luca Marinelli has a lot of what made stars like Jean-Paul Belmondo and Alain Delon so compelling — painfully handsome, he smoulders through scenes rather than seeming to act in them, delivering in Martin an unselfconscious ambition to achieve something better than his lot and a streak of self-loathing about where he comes from, his pride easily and fatally wounded. I’m not sure I bought him as a poet, TBH, but I did as someone who believed in the romantic ideal of one. Around him is assembled a convincingly anachronistic set of performances — standouts include Jessica Cressy as his girlfriend, Elena, and Carlo Cecchi as his mentor, Russ. 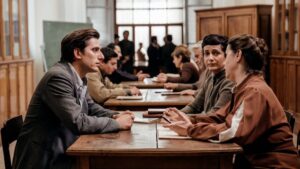 Full credit to Marcello for coaxing the plot forward and overcoming the possible distraction of the stylistic tropes, at least until the last reel — if this ’60s look was just an aesthetic exercise it would get tiresome pretty quickly. As it is, Martin’s heroic/tragic journey compels until it doesn’t, where in the last 20 minutes the finely toned melodrama overcooks. Swamped by sentimentality and grand gesture, that’s where it gets overcome by its own conventions, including a laughably hokey final image. 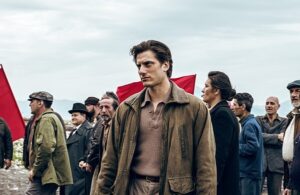 But what about the film’s message, tied up in the philosophies of its protagonist? Martin Eden may do a better job than its source material to reveal the deep flaws in its title character’s life decisions and political perspective. This could well come across as a cautionary tale. It’s a pie that may have spent a little too much time in the oven, but it’s still a more-than filling cinematic meal.