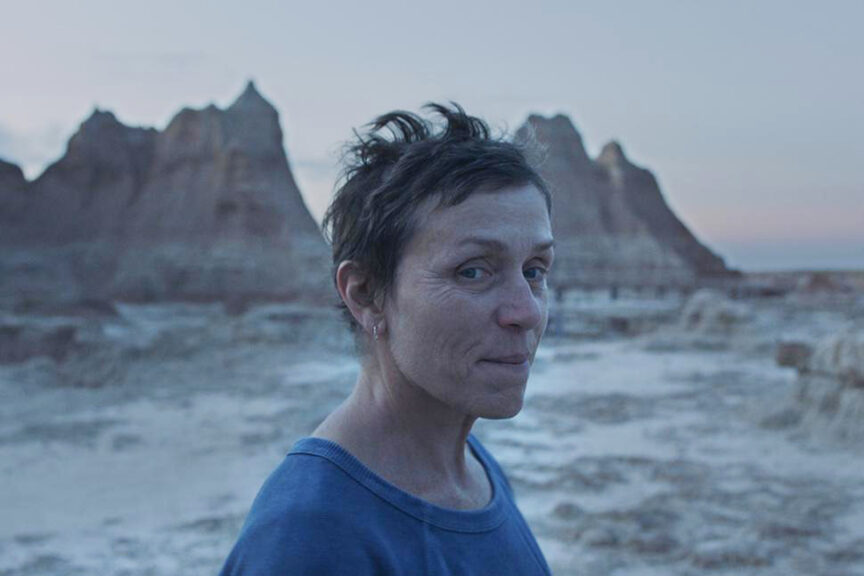 Written and Directed by Chloé Zhao, based on the book by Jessica Bruder | 108 min 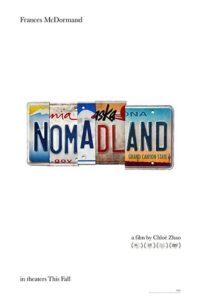 The book this film is based on — Nomadland: Surviving America in the Twenty-First Century — is non-fiction. Its writer, Jessica Bruder, also wrote this article for Harpers, which informs the screenplay. 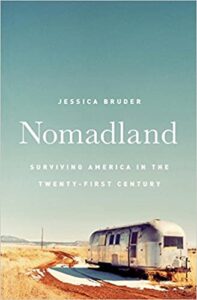 Zhao uses non-actors in the picture including a key source for the article, Linda May, who ends up a warm and welcoming screen presence, as does Bob Wells, who offers an alternative for seniors who have no hope of what their generation was promised — in retirement, a soft landing in their golden years after decades of work.

Nomadland is a jaw-dropper, a work of melancholy hypnosis that serves as both an elegy for our rapidly collapsing capitalist society and an ode to the American southwest — something beautiful, essential, and elemental. 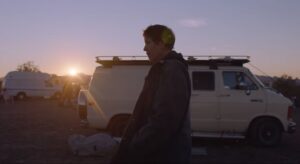 It also serves up another award-worthy performance from Frances McDormand. She’s Fern, a woman who lived and worked in Empire, Nevada, a mining town, until the mine closed in 2011 in the wake of the Great Recession, which is what they’re calling it now. Her husband really loved the town, but when he died she took what she had from the central trust and bought a van. She fitted it out to live in, and she hit the road. 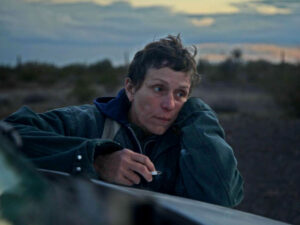 Zhao’s last film, The Rider, was a festival hit, and she was unexpectedly picked to helm a forthcoming Marvel movie, The Eternals. In between those likely very different films she’s provided a picture that’s all image and mood — big props to Joshua James Richards for the gorgeous, magic-hour heavy cinematography, composer Ludovico Einaudi for the lovely, piano-driven accompaniment, and Zhao herself for the editing. 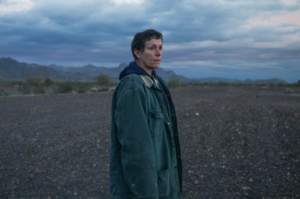 There’s a sadness here that bleeds through it all, even through Fern, but she’s not to be pitied. She certainly doesn’t pity herself. She wants to work, she likes to work, and she likes to be out there, down the road. She says she spent too much of her time remembering, so maybe, with a few exceptions, what she’s doing now with her life — and by now I mean in 2011, when this is set — is being present. She’s also presented with the prospect of another home in the welcoming face of David Strathairn. 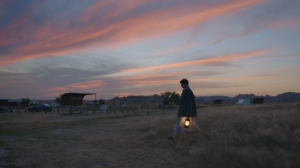 I was almost sad to be discovering the film for the first time at home as part of the online TIFF offerings instead of in the cinema. It’s so gorgeous, it deserves the big screen. Whenever it’s available there, that’s where I’ll see it again.