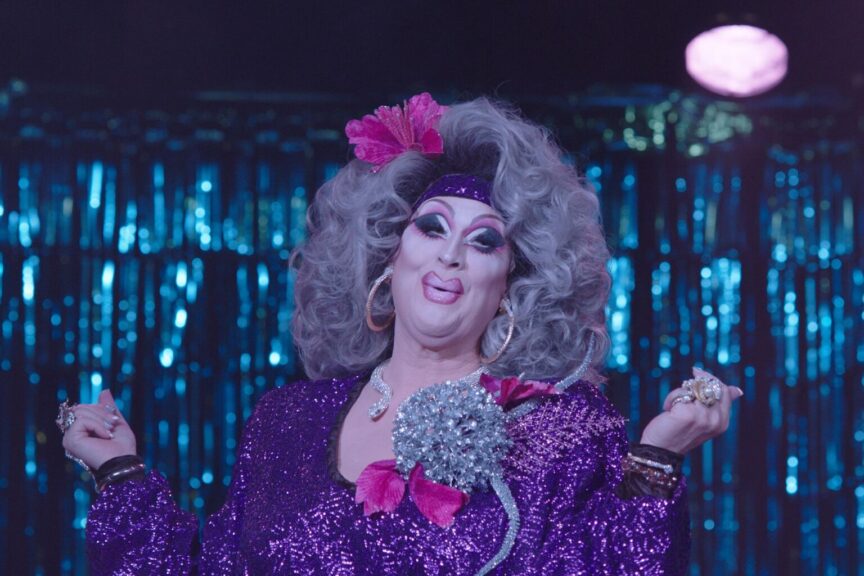 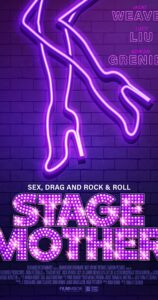 In 2020 it’s fair to call Thom Fitzgerald a Nova Scotia filmmaking legend. It was 23 years ago his debut, The Hanging Garden, was an international sensation. In the years since he’s carved out a career as a cinematic storyteller with a knack for telling warm, moving, and sometimes hilarious tales from the LGBTQ community. Stage Mother is his most recent Halifax-shot feature, and while it isn’t my favourite of his — that would probably be Cloudburst — fans of Fitzgerald and his distinct voice will certainly find things to enjoy. 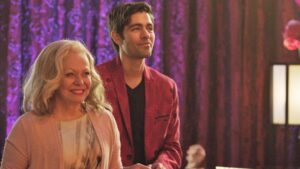 It’s the tale of Maybelline (Jacki Weaver), a Southern Baptist choir director estranged from her son, Rickey (Eldon Thiele). He left Texas years ago to open a drag club in San Francisco. When he dies unexpectedly, Maybelline travels across the country to attend her son’s funeral — to the dismay of her husband and Rickey’s heartless father, Jeb (Hugh Thompson). Maybelline discovers she’s inherited the club, which has hit hard times —  not good news for Rickey’s friends (including Mya Taylor, Allister MacDonald, Oscar Moreno, and the awesome Lucy Liu) or partner, Nathan (Adrian Grenier), who helped run the establishment and still carries a lot of anger for Rickey’s mother. 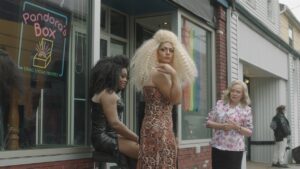 Stand-out departments include make-up and costumes, and Weaver’s performance is worth highlighting — as a longtime character actor she’s proven herself naturally authentic — she carries most of the movie on her well-coiffed head. The problem is Maybelline doesn’t have much of an arc. The film plants all the conservative resentment firmly in Jeb’s lap; so when Maybelline arrives in San Francisco she’s already full of regret that she didn’t support her son’s choices. Nathan calls her a bitch, but we hardly see her bitchy side, nor is the film interested in the potential humour of Maybelline as a fish out of water in this unfamiliar city. 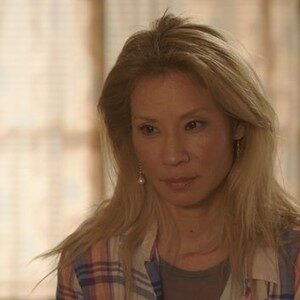 But Stage Mother shines when we visit the club, and in the late-going when Maybelline takes to the stage to pay respect to her son. Haligonians can also enjoy how a number of quality Nova Scotian actors (hey, Lenore Zann!), along with Halifax’s Gottingen, Queen, and Bland Streets help create the illusion that it’s all part of the San Francisco scene.