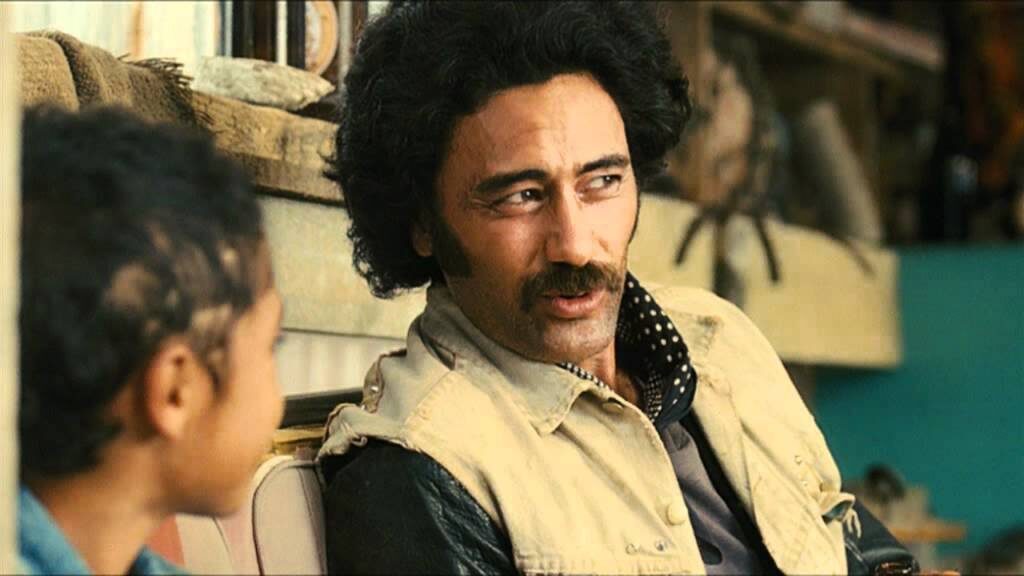 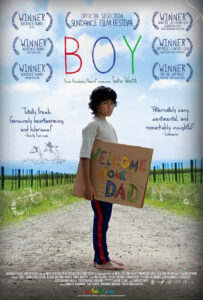 The past decade has been good for New Zealand actor, writer, and filmmaker Taika Waititi. He’s had success after success, from his vampire comedy What We Do In The Shadows, now spun off as a series, Hunt For The Wilderpeople, Thor: Ragnarok, Jojo Rabbit, and most recently the Academy Award.

Going back to his second feature, Boy, both the humour and the pathos were already in evidence, along with a delicate handling of tone, and an interest in telling tales around children. (Thor and Hulk are pretty much overgrown kids, aren’t they?) 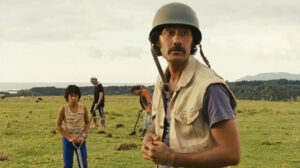 The plot of Boy circles around the 11-year-old of the title, Alamein Jr (James Rolleston, terrific). He’s being raised by his Nan in a house on the coast of New Zealand, with his siblings and his cousins and his goat, taking care of them all when Nan goes away. It’s 1984 and he loves Michael Jackson and fantasizes about his super-cool-but-absent old man, Alamein Sr. 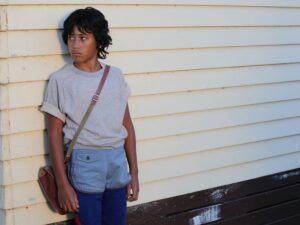 Dad (Waititi) shows up in his muscle car with his buddies, fresh out of prison and looking for money he buried out in a nearby field, and Boy has to reconcile his idea of who his father is with the childish, irresponsible dude now in his life. With what we now call toxic masculinity, we see the lessons of bad attitude passed down from father to son.

(Dad uses Hulk as a way to illustrate his anger — Waititi predicting the future.)

Like a wildly comedic remake of the Sean Penn thriller, At Close Range, we get the undeserved lionizing of the elder by the younger while the truth is all too clear to us. Slowly but surely the kid’s eyes are opened, but he wants to be like his father, with his father, so he ignores the evidence. 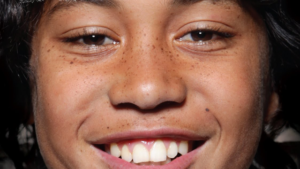 Gradually, the film eases from laughs to an aching sadness, the story of a selfish man who abandoned his family, and his kid who grows up too fast. It never loses its warmth and gorgeous sense of place and community. Nor the laughs.