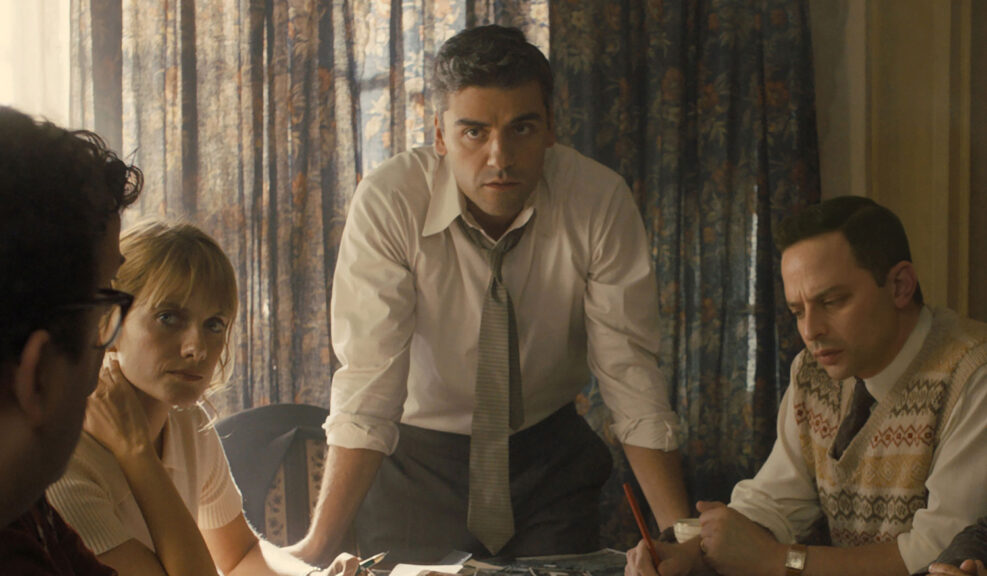 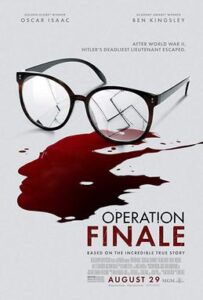 As a dramatization of Israeli agents’ Argentine efforts to secure and extract the fugitive Adolf Eichmann, the Nazi “Architect of the Final Solution,” it’s hard to believe this picture was made in 2018. It moves and twists and shakes like a movie from the 1960s, when it’s set, without the film being particularly indebted to the style of that era. There’s something comforting about its familiarity, even as it plods from time to time, but it really makes you wonder how it got made in the 21st Century. 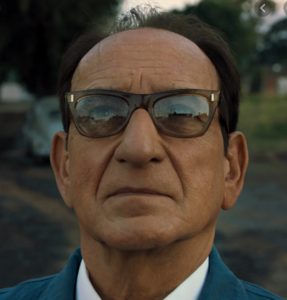 The answer to that question probably has to do with it maker: Weitz carries a big stick in Hollywood, having produced and written a host of hits, though he hasn’t directed as often — he’s best known for About A Boy, made with his brother, Paul, back in 2002. 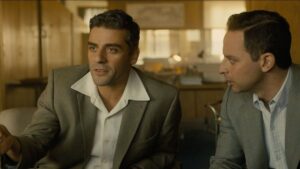 Weitz has also filled his movie with attractive talent. In the lead, Peter Malkin, he’s chosen Oscar Isaac, who brings has natural charisma to a complex part — Isaac may be square-jawed handsome, but when we meet him he’s something of a screw-up in the Mossad, having killed the wrong Nazi on assignment in Austria. He’s also still haunted by the memory of his sister (Rita Pauls) who died with her children in the Holocaust, his anger making him a potential liability on any mission. On his team he’s surrounded by a number of familiar character faces, including Nick Kroll, Michael Aronov, and Greg Hill, and the always welcome Mélanie Laurent as the only female member. 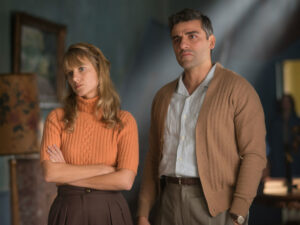 The complications of the Israelis slipping into Argentina, keeping a low profile, and seizing Eichmann (Ben Kingsley) are  the core of the plot, giving the film a little welcome heist energy. Weitz, to his credit, gives each of the eight members of the team enough to do, though disappointingly younger talent Haley Lu Richardson and Joe Alwyn’s subplots are set up and abandoned, while veterans Peter Strauss and Greta Scacchi only cameo. 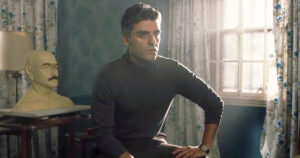 The second act is largely content with Malkin and Eichmann talking in a room, but that’s fine since Isaac and Kingsley together deliver the film’s strongest scenes, and provide Kingsley another opportunity to humanize a monster in captivity, following Death and The Maiden and Iron Man 3. 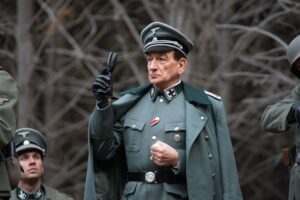 Fans of potboilers drama will find things to enjoy, and while there’s not too much in the way of surprises or genuine thrills to get excited about, the efficiency of the telling holds the picture together, while any resemblance in the last act to either Argo or Casablanca has got to be coincidental.