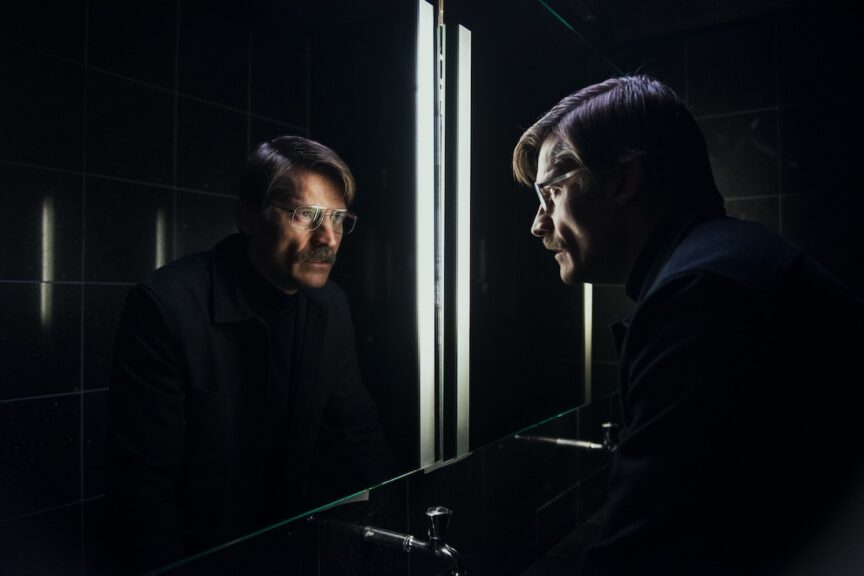 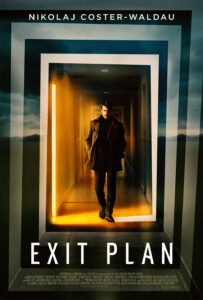 This chilly, discomfiting Danish drama/thriller goes out of its way to render its narrative opaque and confusing. It’s got a verging-on-science-fiction premise and some anachronistic politics, but might still be worth your time if you’re a Nikolaj Coster-Waldau completist — gaunt and intense, he does solid work to bring some measure of compassion to the core of the film.

He’s Max. His loving partner is Lærke (Tuva Novotny), who wants to take him on an African safari and shark cage adventure for his birthday. But Max has an inoperable brain tumour, which he’s not telling Lærke, and has been trying to commit suicide without a lot of success.

What is it about people trying and failing to kill themselves that’s default hilarious? It’s a dark humour to be sure, but undeniably funny on screen.

Anyhoo, Max is also an insurance investigator. Through one of his cases he discovers a mysterious, remote spa called Hotel Aurora that assists suicides and provides fantasies for their client’s final moments. Max figures this is his way out while holding on to a little dignity.

While Exit Plan is examining our relationship with death with an ambivalent eye it’s interesting, but the opening half hour is so busy jumping back and forth within its timeline it takes too long to piece together what’s actually going on, and you can add a few dream sequences to further complicate the narrative. 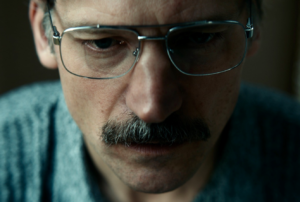 The bulk of the film is set within the brutalist architecture of the Hotel Aurora with Max and his fellow guests contemplating their fates while wearing all the rage in Alpine prison wear — striped flannel pyjamas. It’s amusingly bleak and absurd in a way that taps into Yorgos Lanthimos by way of Scandinavian moodiness — and I say that with all the pride of a half-Dane — but the film takes a turn in the last act, channeling something more like Logan’s Run than anything especially serious minded. 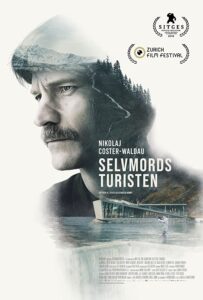 The real problem is when the plot flips into thriller mode it brings judgment about medically assisted dying that undercuts any possibility of a progressive vision, and here in Canada that conversation’s been had.