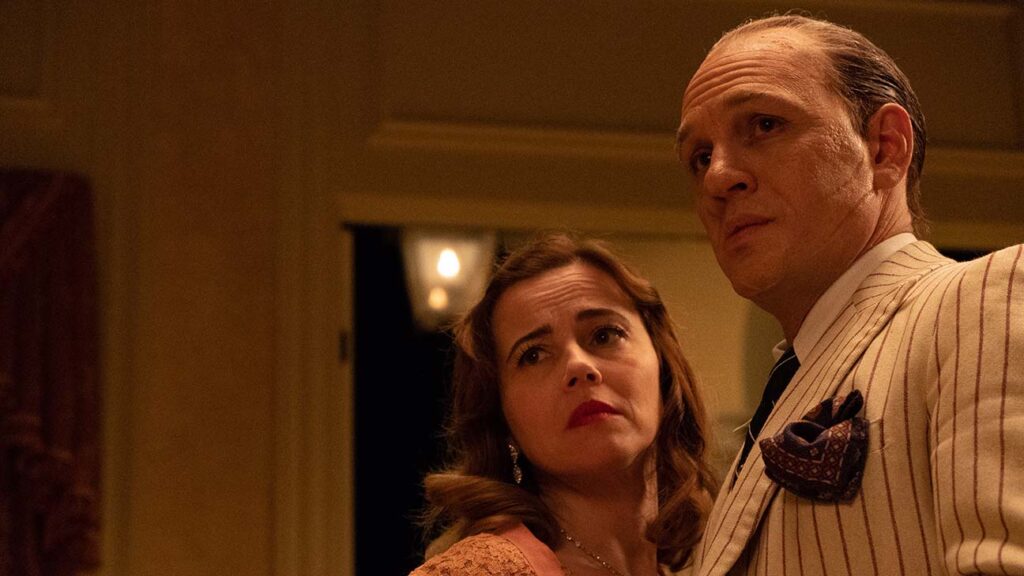 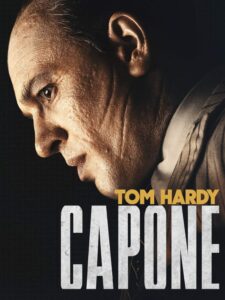 What Pixar did right twice, Josh Trank screwed up majorly, once — telling the story of a family of superheroes. You don’t get to direct a massive tentpole movie, then sabotage it via social media on the eve of its release, and expect to work again in Hollywood. But somehow, despite that disaster, Trank has earned another shot at filmmaking. This time he’s delivered a smaller budget indie picture, but with one of the most in-demand actors working.

Tom Hardy’s performance is stuck at 11 throughout — he’s gone beyond Bane or Bronson with his depiction of the world’s most notorious gangster in his twilight days, living in Florida. I was reminded of the Samuel Johnson quote, which may be Hardy’s true north as a performer: “He who makes a beast of himself gets rid of the pain of being a man.” 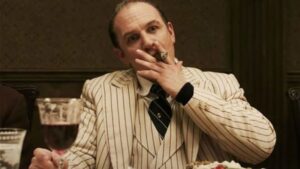 Hardy in RL is 42, while Matt Dillon, who plays Capone’s old chum, is 56. But Dillon hasn’t aged in 30 years, while they’ve got Hardy in some of the most distracting clown make-up I’ve seen since they painted up Johnny Depp in Black Mass. He seems to be channelling William Hickey’s Don Corrado from Prizzi’s Honor — a cartoonish amount of growling, hacking, and spitting.  Hardy is never less than magnetic, but in this movie the audience isn’t much more than a voyeur to his volcanic rage and suffering, which has the gravity of a black hole. Not even light can survive. 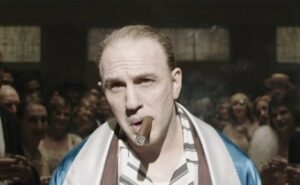 The film is concerned with whether Capone — who everyone calls Fonse — is losing his mind to syphilitic dementia, or if he’s faking. There’s a subplot  about ill-gotten gains he might’ve squirrelled away before they sent him up the river for tax evasion the decade previous, but he can’t remember where he put it, and the film is too busy indulging Fonse’s delusions, horrific memories of violence, and incontinence, to care very much — there’s not actually much suspense around whether he’s faking. The film is a mess — a character study where we barely get to know the character — and neither Kyle MacLachlan as his doctor, secretly employed by the Feds, nor Linda Cardellini as his wife, Mae, can do much to clean it up. 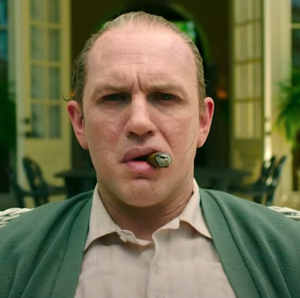 It’s tempting to think of Capone as Trank’s effort to remind people that despite his cinematic crimes in Hollywood, despite being cast out for past mistakes, he’s still a potent and dangerous storyteller. Based on the evidence here, I’m not sure I buy it. The appearance of danger isn’t the same thing.