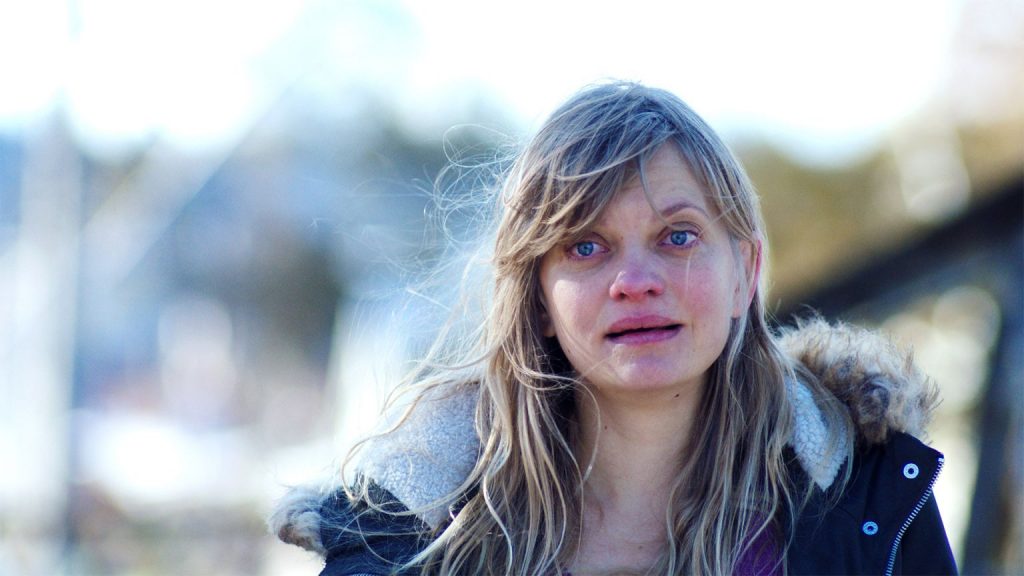 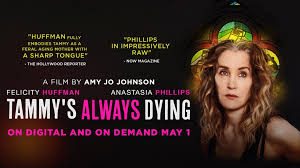 I feel for the creative team on this one for having hitched their project to a lead who is now radioactive. I do my best to ignore the tabloid storm around a performer, but the zeitgeist-goosing news of Felicity Huffman and the college admissions scandal and what it said about the inequities in America in 2019 was too big a story. And I won’t deny there’s a perverse irony of Huffman here playing someone on the skids, and even convincingly so.

The distraction’s a shame, because lines like, “Killing herself would be the least selfish thing she’s ever done,” have some real bite, and the rest of the movie is entirely watchable — until it isn’t. 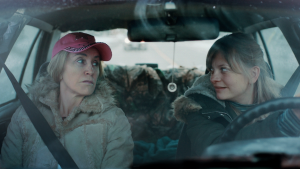 It starts well: Tammy MacDonald (Huffman) is an alcoholic who once a month climbs up on a bridge over a rail line and threatens to kill herself, and her daughter, Cathy (Anastasia Phillips), has to talk her down. When Tammy’s diagnosed with stage four cancer, Cathy’s got to come to terms with her relationship with her selfish and self-destructive mother, as well as her own identity — she’s dating a married man (Aaron Ashmore) whose wife (Jessica Greco) is clued in to the affair with plenty of rage. 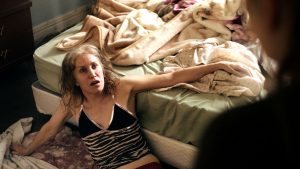 The first act plays out well — much credit to Daniel Grant’s cinematography, bringing grit and nuance to the interiors, and in the exteriors revealing the apocalyptic face of lead location, Hamilton, Ontario. The performances are universally solid, especially Phillips who ends up carrying the whole thing. The film reminds us what a warm presence Clark Johnson is on screen. He’s Doug, a friend to both mother and daughter, and Cathy’s employer at his bar. 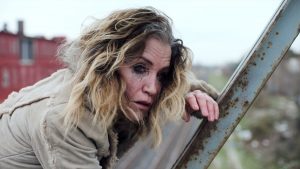 But things go south in a far too-hurried final 20 minutes. With a Canadian film, and one clocking in at less than an hour and a half, I wonder if budgetary restraints are to blame.

A subplot involving a daytime talkshow (featuring Lauren Holly as the producer) is indulged and then left hanging, and from there everything feels rushed or trite, from the sudden, tear-jerking departure of one character to Tammy’s come-to-Jesus moment, where she ends up saying all the things the script should’ve shown but left unsaid.