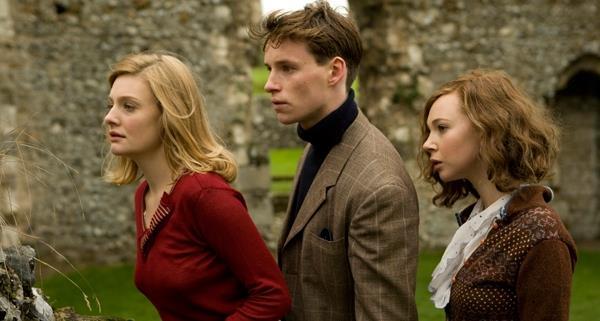 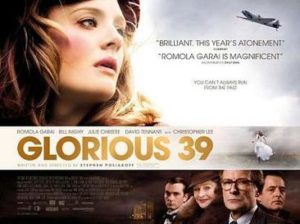 It was the sterling cast that drew me to this otherwise unknown 2009 British historical drama. How is it that a feature starring Bill Nighy, Juno Temple, Eddie Redmayne, David Tennant, Romola Garai, Charlie Cox, Jeremy Northam, Julie Christie (!) , Jenny Agutter, Hugh Bonneville, Corin Redgrave, and Christopher Lee (!!) could have no cultural profile at all?

Poliakoff helmed the controversial incest drama Close My Eyes back in 1991, starring Alan Rickman, but is best known these days as a director of classy miniseries. 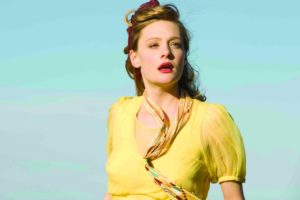 This film very much has series aura — with the presence of Bonneville and Cox and the upper-crust family dynamic not a far cry from the Crawleys with a bit of Hitchcock thrown in for mystery’s sake, with Garai’s icy blonde, Anne Keyes, and plenty of staircases helping drive home those Hitch overtones. 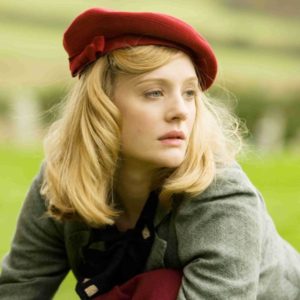 It’s all about Anne, the adopted daughter in this Keyes family, discovering government recordings temporarily stored in the massive Keyes estate, which suggest secret efforts to appease the Nazis and staunching Churchill’s rise to power. Hints of conspiracy coil around Anne as she feels increasingly out of her depth, the drums of war beating and her family under pressure. As usual, Bill Nighy is a standout in a stellar ensemble as Anne’s beloved adoptive father. 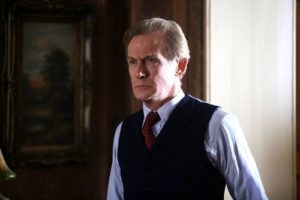 The remarkable cast and gorgeous costumes and sets do a lot to maintain the interest as the thriller elements slowly bubble up, but there’s something unfocussed in the script through the midsection. By the third act things take a turn for the weird and gothic-tinged, including deus ex machina children and a random pet euthanasia subplot. 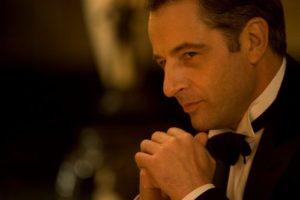 But, full marks for this drama visiting regions both unexpected and frankly, implausible. A bit of perverse plotting is sometimes enough to distinguish an otherwise unexceptional film, and that’s going on here. It might’ve started like a familiar, comforting tale of toffee-nosed aristocracy, but that’s not where it ends.