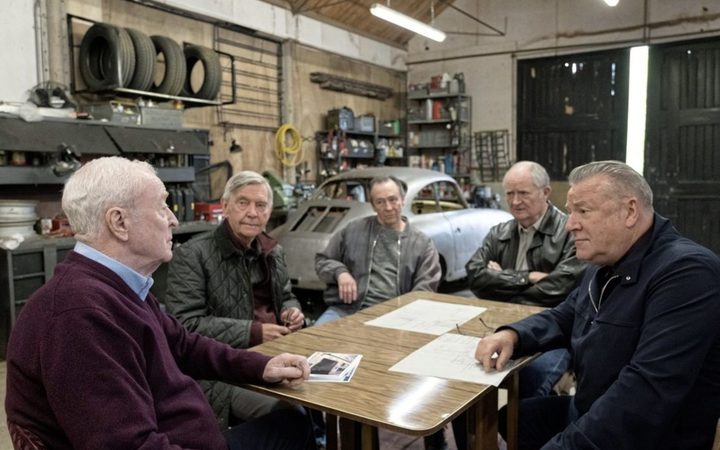 Directed by James Marsh | Written by Joe Penhall, based on an article by Mark Seal | 108 min | Amazon Prime 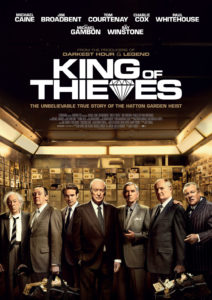 Pretty quick turnaround on this true-life heist story: It was Easter 2015 when a group of bank robbers broke into a London safe deposit company through an elevator shaft. They drilled through the safe’s cement wall and took a fortune in cash, jewels, and gold. What gives this operation a special twist is the burglars are all senior citizens, played by creme-de-Brit thesps: Michael Caine, Jim Broadbent, Ray Winstone, and Tom Courtenay,  who gets the MVP award for being the sneakiest thief in a den of ’em. 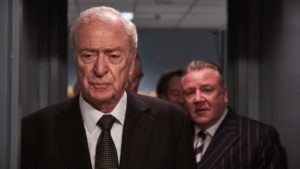 Also on board are Charlie Cox (recently on Netflix/Marvel show, Daredevil), Paul Whitehouse, and, briefly, Michael Gambon. The chemistry between these old pros is what makes it work, and they’re a nasty, venal bunch—it’s fun watching them come apart at the seams as they badly manage the biggest job of their lives and subsequent paranoia. 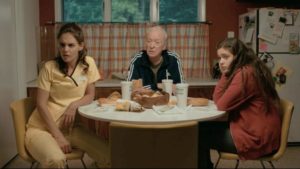 Director James Marsh cleverly borrows a page from Steven Soderbergh‘s The Limey, using footage from these actors’ earlier work and movies in the London gangster genre, like The Italian Job, Billy Liar, Sweeney!, and Villain. There’s style here, and respectful homage to the performers’ body of work. 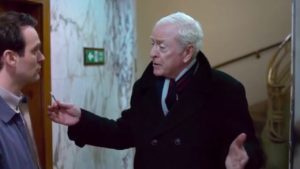 Where it unfortunately goes south is that it isn’t nearly as much fun as it should be—there’s no joy in the heist, few how-they-did-it thrills, and not nearly enough laughs in what should be more of a romp.

Still, worth a look, guv’nor.