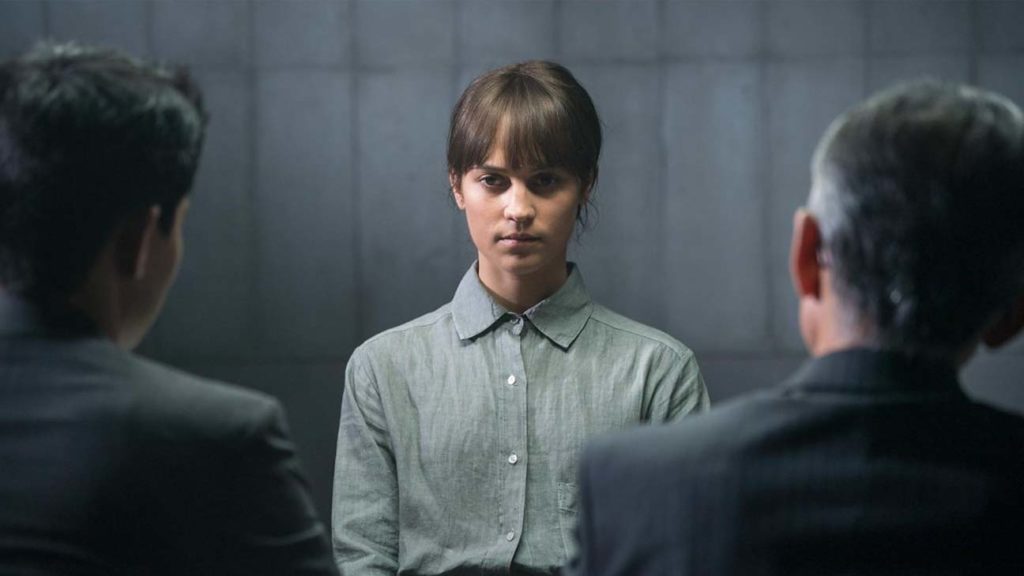 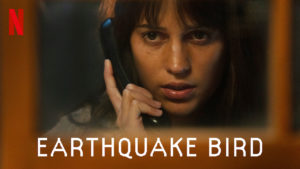 A character study wrapped up in a murder mystery, Earthquake Bird sings an odd, occasionally awkward song, but it’s never less than compelling, sustained by a flawless performance by Oscar-winning Swede, Alicia Vikander.

She’s the curiously named Lucy Fly, a translator and cellist living in Japan in the late ’80s. A woman of her acquaintance vanishes, and body parts are found. Lucy is brought in for questioning. 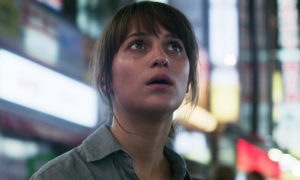 We’re then in the recent past, where Lucy meets a photographer, Teiji ( Naoki Kobayashi), who asks her out on a date. He’s cold and affected, but then so is she. Slowly we begin to see beneath her facade — she’s lonely, haunted by a curse. She’s not comfortable being close to people, but she has a friend, Bob (Jack Huston), who introduces her to an American newcomer, bartender and former nurse, Lily (Riley Keough). At first she finds Lily clumsy and uninteresting, but slowly they develop a connection, while at the same time she’s becoming obsessed with Teiji. 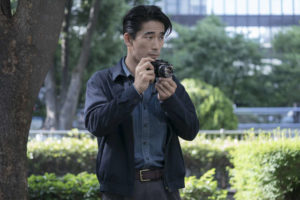 The mystery is carried by the constantly shifting perspective of Vikander’s Lucy. At one moment we’re sure this is building to a Hitchcockian crescendo of violence, but then the film seeds her as an unreliable narrator, potentially delusional. Westmoreland — whose last film was the delightful Colette — never lets anyone else usurp Vikander’s domination of the screen, which serves the story well even as Keough offers a potent distraction. Keough, who I’m regularly reminded is Elvis Presley’s granddaughter, is one solid role away from an A-List career given the star wattage she brings to every film she’s in. 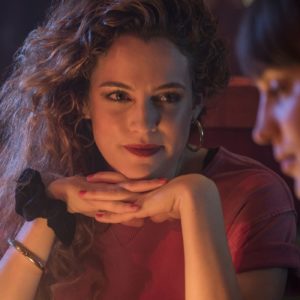 Disappointingly, a lot of my goodwill towards this picture is squeezed by a conclusion that doesn’t come close to sticking the landing — a potentially surprising twist is unwound to deliver the most obvious result. The secret aim of screenwriting in the movies: give audiences the ending they didn’t know they wanted. This is one I didn’t.

Even so, the performances, especially from Vikander, and a solid sense of style and sustained suspense makes Earthquake Bird an unsettling pleasure for most of its running time.