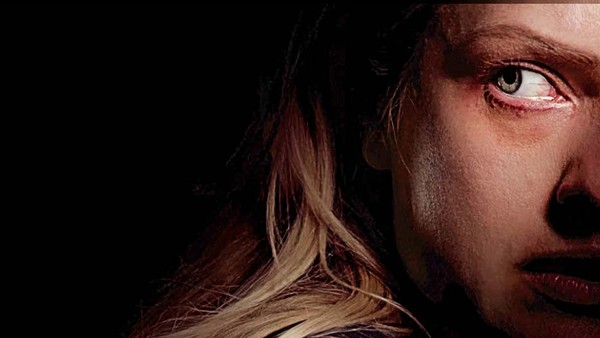 Written and Directed by Leigh Whannell, based on the HG Wells novel | 124 min | Netflix 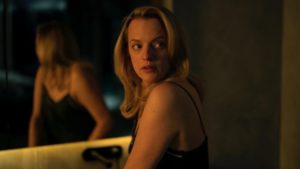 Unlikely as it sounds, this loose adaptation of the classic science-fiction story — first adapted by James Whale and starring Claude Rains in 1933 — is a wholly satisfying suspense thriller. I say unlikely because recent efforts to reimagine and reboot the Universal monsters haven’t been nearly as effective, so full marks to everyone involved this time out: the Blumhouse people and Australian screenwriter and filmmaker Whannell, who helped make multiple Saw and Insidious movies, and hit it out of the park with the terrific 2018 sci-fi actioner, Upgrade. 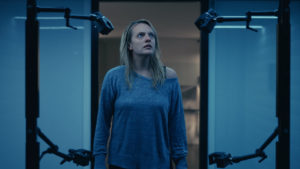 Instead of setting up Wells’ amoral lead, Griffin (Oliver Jackson-Cohen), as the protagonist, here he’s seen—or unseen—as the abusive and controlling boyfriend of Cecilia (Elisabeth Moss, terrific as always), a San Francisco architect, who is front and centre. We meet her as she orchestrates an escape from his hyper-secure modernist bunker, finding safety with her sister, Emily (Harriet Dyer), and Emily’s friend, James (Aldis Hodge), who lives with his teenage daughter, Sydney (Storm Reid). 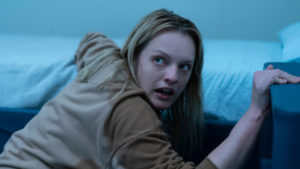 Shortly after, Cecilia learns Griffin has died from an apparent suicide. But is he dead, or has he faked his death and found a way to render himself invisible?

The title of the movie might give away that plot point. 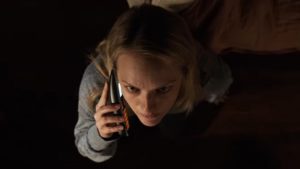 The Invisible Man doesn’t give away too much else until it’s good and ready. The first two acts are mostly Cecilia coming to grips with something she knows is happening that no one else can see. Whannell (with DP Stefan Duscio) brings a Hitchcockian confidence with camera movement, knowing just how long to linger on open doorways, when to follow Moss across the room and when to lock in on an empty chair. There’s no end to tension, but you can imagine it all working just as well without a soundtrack — the film has the storytelling grace of a silent. 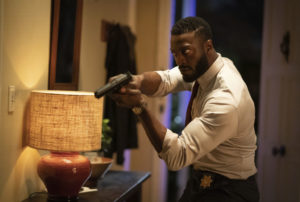 What’s especially delicious here is the payoff — after shifting, spiking jags of suspense, the science-fiction elements in the final act are fully fledged, capped by an utterly satisfying denouement. 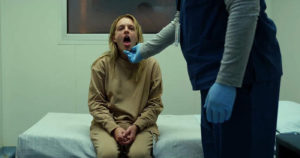 If I wanted to pick nits I might complain a little about a couple of rushed scenes in the last 10 minutes, and whisper a wish for more time for both Cecilia and the supporting cast to come to terms with a new reality. This is also not a film that cares to throw any doubt at the audience as to whether Cecilia might be delusional, but her laser clarity backs up the broader allegory at play here, about how it feels to be a victim when no one believes you, and how it feels to take power back.

If it’s true what Roger Ebert said, that movies are a machine that generates empathy, The Invisible Man makes us feel the icy fear and deep-set trauma of those who suffer from domestic abuse. It makes this version of a 123-year-old story frighteningly relevant in a way Wells could never have imagined.