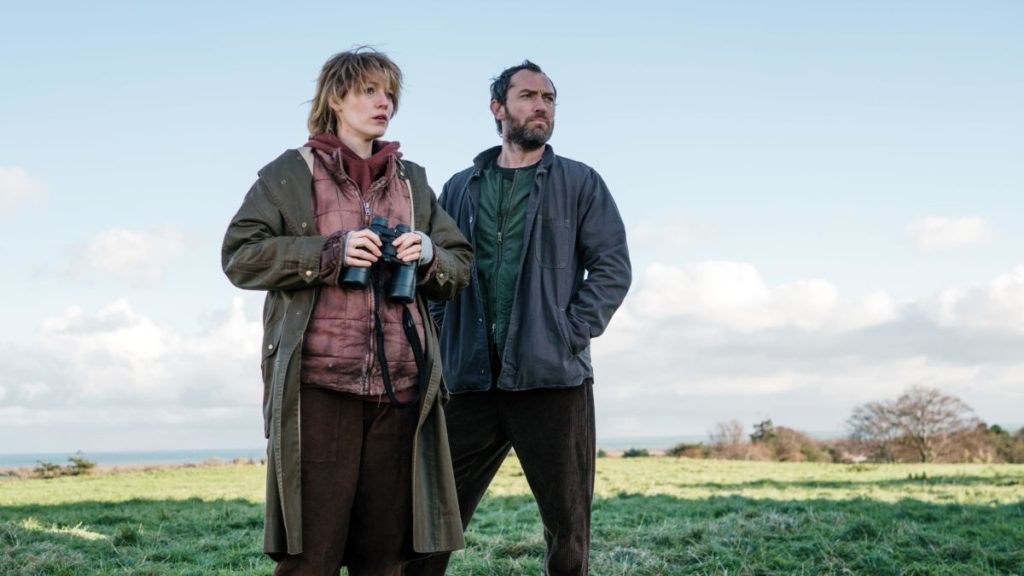 Directed by Reed Morano | Written by Mark Burnell, who adapts his own novel | 109 min 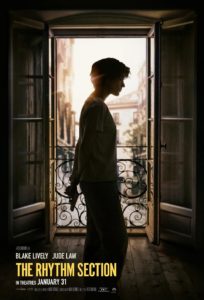 This picture is more interesting, and more ambitious, than most of the reviewers have given it credit for. In fact, the biggest problem I have with it is I keep wanting to call it The Rhythm Method, which I expect would be a very different movie.

It’s brought to us by Eon Productions led by Barbara Broccoli and Michael G. Wilson, best known for having produced James Bond pictures. The Rhythm Section is about as far away from 007 as it can be and yet still recognizable as being part of the same genre — the espionage action picture — though this is much more accurately described as a drama told within a thriller shell. 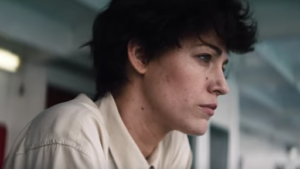 At its centre is Stephanie Patrick (Blake Lively), whose life comes apart when her family — parents and siblings — are killed in a plane crash. Three years later she’s a junkie turning tricks down one of London’s sleazier alleys. Proctor (Raza Jaffrey), a freelance journalist, shows up at her workplace with information suggesting the plane was taken down by a bomb, and before long she’s going through his classified papers and tracking down the man she thinks is responsible (Tawfeek Barhom), a student in the city.

Contrivances are part and parcel of the spy game on the big screen, and Moreno’s picture has more than its fair share. It’s hard to believe Proctor would trust the obviously damaged and addicted Stephanie with the keys to his flat, and even more difficult to understand why Stephanie would travel all the way to rural Scotland on a hunch that Proctor’s contact, retired MI-6 operative B (Jude Law, more or less repeating his mentor role from Captain Marvel last year), can help her. 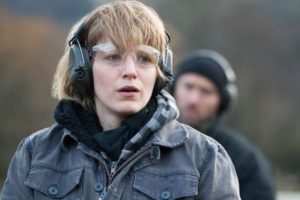 But Lively does suffering well, and while her Stephanie is often a bit of a mystery — we don’t really get to see into her pain, more the results of outward manifestation — it’s her strength and resolve that carries us forward into the meat of the plot. B offers her the basics of training and  tradecraft, with information she needs to enact her vengeance — taking her to Lisbon, Marseilles, and Tangier, where she crosses paths with another former spy (Sterling K Brown).

Stylistically, this is an ostensible thriller that doesn’t offer a lot of genre thrills, because it has something else on its mind. While Stephanie has the motivation for revenge, a few months of training doesn’t give her a lot of actual skills, and the picture doubles down on the realism of her situation as she deals with ruthless killers. She’s got to learn on the job, staring death in the face multiple times — is she up to killing someone, even when they are patently guilty of terrible acts? And what will be the longterm cost to her soul if she does? In that The Rhythm Section has more in common with Steven Spielberg’s Munich. 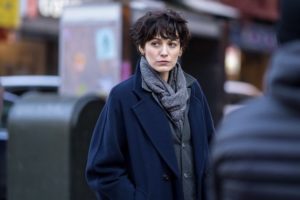 Further, cinematographer-turned-director Moreno frames a lot of her film in close-up and shallow focus, never straying too far from Stephanie’s POV, which makes the action frightening and chaotic rather than vicariously exciting. This intentionality shifts the movie away from the expected genre rules, replacing them with a country-jumping tale of one desperate woman way over her head in a deadly business. It’s a laudable ambition, though it may frustrate anyone looking forward to the gun-play and set-pieces of other actioners with a female lead like Peppermint, Miss Bala, or even Haywire. 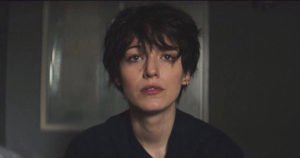 So, what you get is a thoughtfully shot if flawed drama rooted in a solid performance (under a lot of impressive wigs) from Lively, one of a few great ones from her lately, and a picture that might have functioned better as a series where more time could’ve been devoted to the character development. I’d like to see more of Stephanie Patrick — this could be a franchise starter if enough people bother to see it.