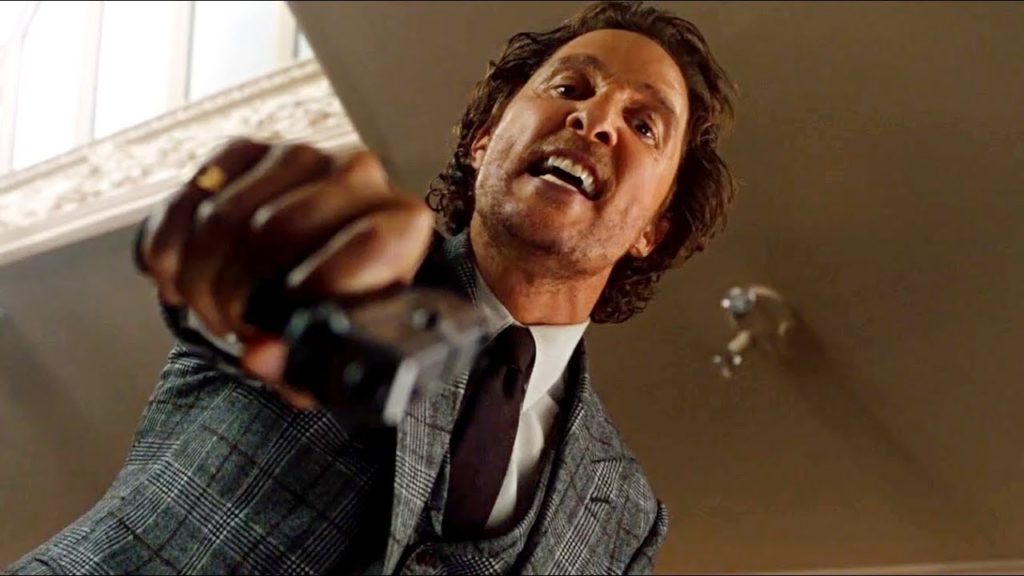 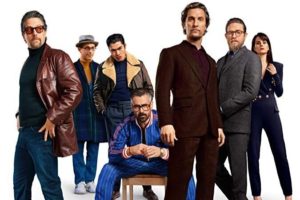 When a filmmaker tills a familiar patch of ground, it’s easy to take their efforts for granted, and, even more so, criticize when they take detours off that property. British auteur Guy Ritchie made his name with the gangster movie—Lock, Stock, and Two Smoking Barrels, Snatch, and RocknRolla—and had success with the two steampunk Sherlock Holmes blockbusters starring Robert Downey Jr. He earned less acclaim for his movie adaptation of the ’60s TV series The Man from UNCLE—though, for the record, I liked it—or his King Arthur picture, though his Disney movie from last year, Aladdin, did big box office.

The Gentlemen is right in his sweet spot—the light, London gangster picture. His broad, colourful characters, the cockney lingo, the playful and self-aware shooting and editing, it’s all in play here, though maybe at a slightly less caffeinated pace than previous work, which is welcome. 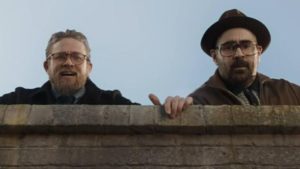 The plot, however, is typically convoluted, and Ritchie can’t help but add an unnecessary meta wrap to it. Hugh Grant is Fletcher, a sly and sleazy private investigator who explains to Charlie Hunnam’s Ray, a gangster consiglieri, the movie’s events, all told in flashback, and naturally Fletcher tells it as if he’s at a movie pitch meeting—he’s even written it all down as a script. His story is actually a blackmail scheme, with Fletcher promising to sell all he knows to a tabloid editor (Eddie Marsan), who looks like he has an office in the Tate Modern, given his view over the Thames. 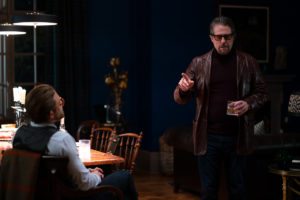 And what does Fletcher know? Ray’s boss, Mickey Pearson (Matthew McConaughey), is an American expat who happens to be Britain’s biggest weed dealer. He likes the idea of gentrification and joys of retirement—he wants out of the illegal bush game, anticipating eventual legalization—and intends to sell his business to another crime boss, Matthew (Jeremy Strong). Meanwhile, yet another gangster, Dry Eye (an unhinged Henry Golding), makes an offer for the business, and a group of young thugs/multimedia producers/boxers/rappers break into one of Pearson’s operations and lift a bunch of his plants, much to chagrin of their mentor, Coach (Colin Farrell, solid, especially in his scenes with Hunnam).

There are more players whose heads pop up in this sprawling cast, including the brief presence of Eliot Sumner, scion of Sting and a talented musician in their own right, as the junkie offspring of one of Pearson’s wealthy partners. It’s all full of zip, playful, and very foul-mouthed, stuffed with monologues and armed stand-offs and the regular, hilarious, and unintended consequences of violence. Almost everyone in it is bigoted towards every other race other than their own, which seems a little unlikely and a little tiresome, but I don’t get the sense the film itself is racist anymore than Tarantino is. The comparison between the popular American filmmaker and Ritchie has often been made, maybe even by me, though it’s a lazy one—Ritchie’s gangster pictures have their own unique genre charms, and The Gentlemen will certainly please anyone with a weakness for them. Also, for fans of classic London-based gangster pictures, look out for the nod to The Long Good Friday late in the running, with a character stuck in the back of a car, his goose seemingly cooked. 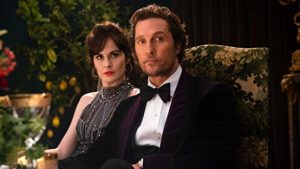 I must flag one genuine surprise amongst the cast, and one serious debit:

The surprise is Michelle Dockery as Pearson’s wife, Rosalind. Knowing her mostly from Downton Abbey , she really shines in her few scenes as Pearson’s tough, cockney confidante who also  runs her own supercar garage—the movie could use a lot more of her in it. 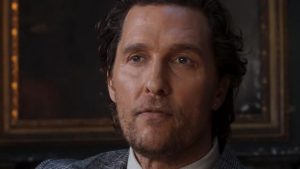 The problem is McConaughey’s louche, uncommitted performance. The McConnaissance is over, and you get the sense these days the star, for all his charm and talent, is coasting. Those Lincoln ads were a big mistake, because now his smooth, slightly stoned persona is suffused into all his roles. Leading parts in mediocre fare like Gold and Serenity aren’t helping—he needs to find a way to surprise us again, and playing a rich weed dealer isn’t it.