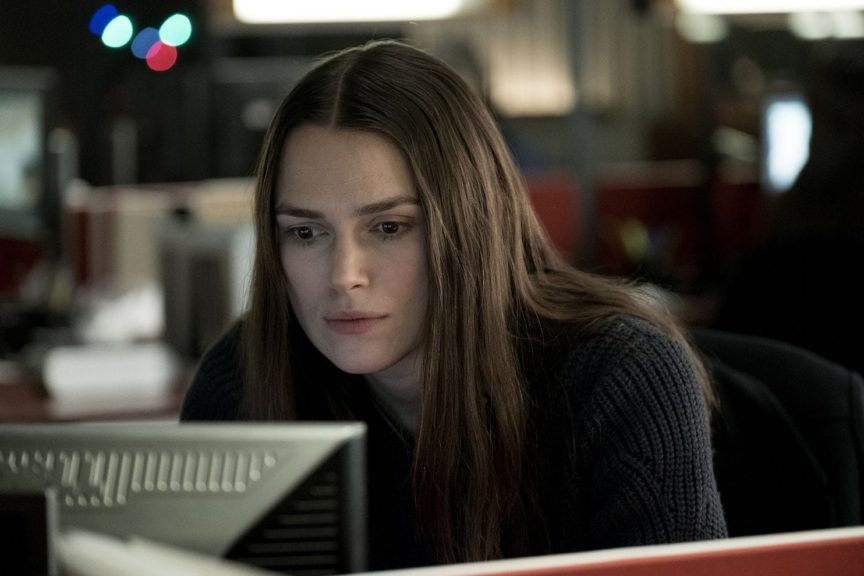 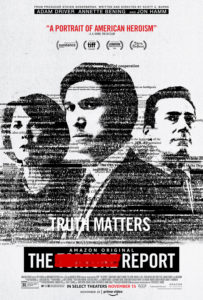 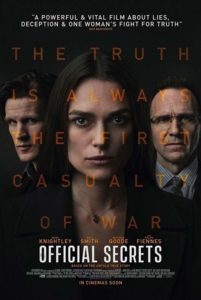 I’m writing about these two films on the same post for a couple reasons, one being I watched them back to back on an airplane without realizing there’d be a second reason, that they’re remarkably alike in spirit. They’re both inspired by true stories of individuals who revealed the overreach of western intelligence services in days, months, and years following 9/11—one a whistleblower and one a crusading investigator going through reams of confidential documents. While both films are cogent and convincing in the rightness of their arguments, I liked one a lot more than the other because one remembered to include believable, relatable characters. The other not so much.

The Report is delivered by Scott Z Burns, his directorial debut. He’s a filmmaker mostly known before this as a writer, producer, and Steven Soderbergh collaborator. He cast the redoubtable and tireless Adam Driver, also this season in Marriage Story and Star Wars: The Rise of Skywalker, as Daniel Jones, who was tasked as part of a Senate Intelligence Committee to dig up all the dirt over years on how the CIA used torture to ply intelligence from suspected terrorists. 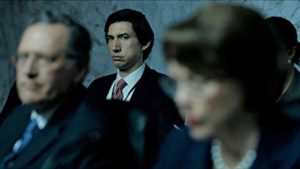 Gavin Hood is the South African filmmaker whose last picture was the drone thriller Eye In The Sky. Here he helms the tale of Katherine Gun (Keira Knightley), a British operative who in 2003 received an email from the CIA asking the Brits for help surveilling UN member nations who were going to vote on whether to support the US plans for an Iraq invasion.

Knightley’s performance is what roots this project—she believes she’s working for the British people rather than some system of deceit. She recognizes that sharing the email with the press is dangerous and illegal, but it’s also the right thing to do. Matt Smith plays Martin Bright, a reporter at the Observer who works to get a sense whether the the message is legit. Also welcome presences here are Ralph Fiennes, Jeremy Northam, and Conleth Hill, who was so recently Varys in Game of Thrones, while Rhys Ifans goes OTT as muckracker Ed Vulliamy. There’s a terrific scene in the newsroom involving a catastrophic mistake of copyediting that felt painfully familiar, and probably would for anyone who’s worked in newspapers. 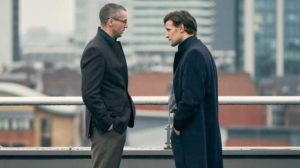 But as I said, Knightly is what makes the film work. It otherwise veers into territory that could be considered a little conventional, but she’s the emotional hinge, reacting like anyone would who makes her choice: She second-guesses her decision, she’s terrified, she’s regretful. But in the end she’s committed to what she thinks is right, which is the heart of what keeps us engaged. 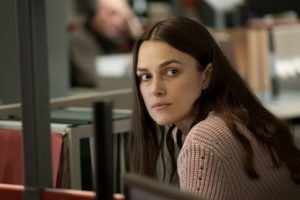 The arrival of The Report comes on the heels of conversations I’ve had recently about Zero Dark Thirty. Some suggest the film is nothing more than CIA propaganda, and its connecting the efficacy of torture and human rights abuses to gaining useful information in the American war against terror. I argue that the film depicts, but doesn’t endorse, what was going on in black sites around the world, and that the movie actually shows it was dogged investigations and pure, dumb luck that finally found Osama bin Laden. (ZDT ended up on my list of the best movies of the decade.) 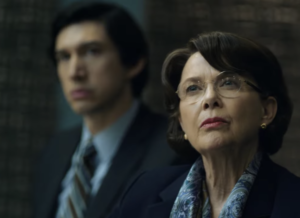 The Report takes a good swing at ZDT, showing a portion of the picture’s trailer as it’s watched by a frustrated Daniel Jones, who’s trying to change the narrative: that the CIA lied again and again about what they were doing. It was torture, and the intelligence agency (here mostly represented by Maura Tierney) was largely conned by a couple of “psychologists” of questionable authority who schooled them on waterboarding and sleep-depravation tactics, which they applied for years on more than 100 men they believed had information valuable to the cause.

All of which sounds entirely plausible—the idea the CIA tortured people has never been a surprise to me—so more the shame The Report is as about as dry as decade-old paint. Burns has a good grasp of the material, but he fails to make it thrill. 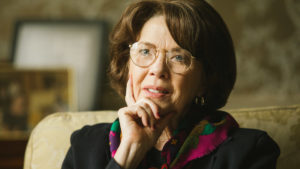 Driver’s Jones is an obsessive researcher working in a windowless room with one trait: doggedness. That he jogs is the only sign he has any kind of personality. His boss is Senator Dianne Feinstein, played flatly by Annette Bening. Around the edges of this story are capable performers such as Michael C. Hall, Corey Stoll, Tim Blake Nelson, Ted Levine, Matthew Rhys and Jon Hamm, men in suits occasionally gesticulating, but no one distinguishes themselves in this creaky, gloomy procedural. Burns makes his case for getting to the truth, but without much else to recommend it this film won’t be troubling my lists for the decade or the year. 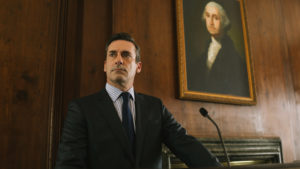 The final connective tissue between The Report and Official Secrets is that they both feature scenes of meetings in car garages, but only Official Secrets recognizes that as a trope worth having a little fun with, more than 40 years since All The President’s Men.