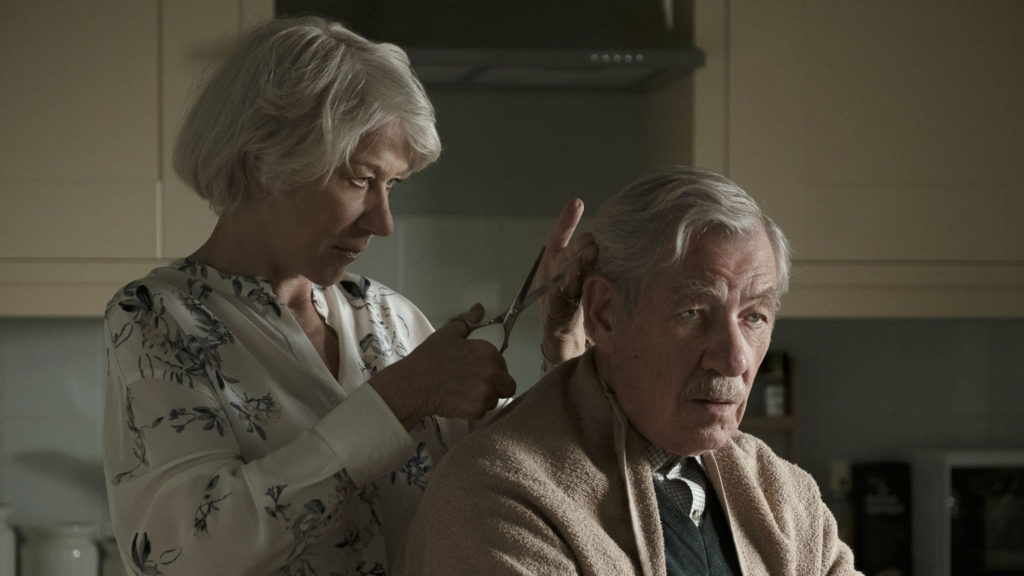 Directed by Bill Condon | Written by Jeffrey Hatcher, based on the novel by Nicholas Searle | 109 min | Crave Plus 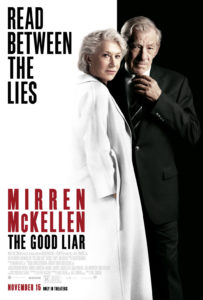 Roy (Ian McKellan) is an 80-year-old con artist, a man for whom lying is as common as breathing, looking to swindle recent widow Betty McLeish (Helen Mirren) of her life’s savings. He’s an enterprising sort, already pulling a con with his pal Vincent (Jim Carter, on screen this fall as Mr Carson in Downton Abbey) on some other chumps looking to part with their cash in a dodgy investment scheme. Roy has that particular English charm that speaks of breeding and kindness, but he saves his nastier remarks in confidence with Vincent, while Betty is somehow both soft and brittle under the watchful eye of her over-protective grandson (Russell Tovey). 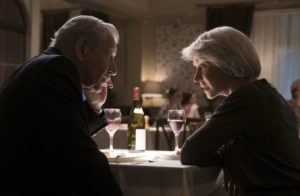 If you think the con-artist isn’t himself somehow getting swindled by easy marks, you clearly haven’t seen many of these kinds of mysteries. The only real question is how he’s getting conned, and why.

When the answer finally arrives, it’s just bonkers. For some reason, Condon and his collaborators don’t bother to seed any of the third-act twists in the slightest. It’s not to say he needed to leave an obvious trail of narrative breadcrumbs, but it sure would be great if The Good Liar provided just a little foreshadowing, a little teeing-up, to its outrageous reveals. 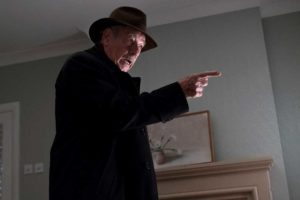 Instead, we get two awful flashbacks that provide a bucketload of information, info that feels like it was dumped on the story like bird shit from a great height or maybe some other movie altogether. It’s worse than implausible, it’s ridiculous and infuriating. How did this clumsy plotting make it past the script’s second draft? 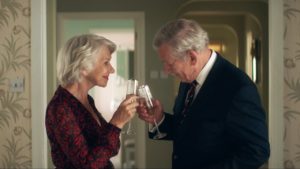 I wish I could say that that Condon,—who’s produced work both solid (Kinsey, Mr Holmes) and forgettable (Dreamgirls)—does something fresh with this Hitchockian potboiler material in his directorial choices, but what may have been an intriguing premise, with the warm possibility that love will win out over greed and venality, goes badly off the rails. If he’d chosen to be playful with the material it might’ve even been fun, but instead it’s so self-serious he ends up wasting the remarkable talent arrayed in front of the camera. 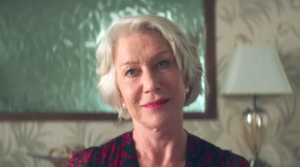 And what of that talent? You might expect the wily veterans, Mirren and McKellan, could go some way to save the picture. They are always watchable—I’d have easily sat through and hour and 40 minutes of them just going to posh shops in London like Lock & Co. to try on hats—but even their talent and experience (working together for the first time, apparently) can’t raise the level beyond the mildly interesting before The Good Liar takes a turn for the turgid.