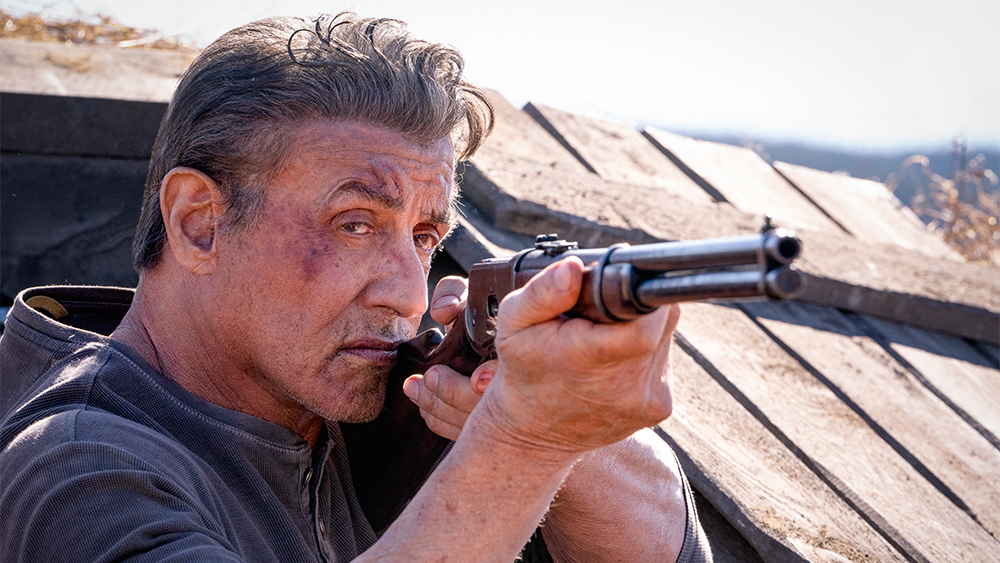 Directed by Adrian Grünberg | Written by Sylverster Stallone, Matthew Cirulnick, Dan Gordon, based on the character from the book by David Morrell | 89 min 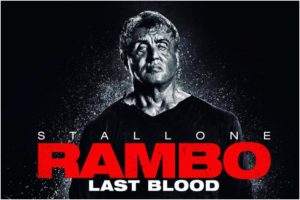 When the author of the book that was the source of inspiration for your movie franchise says he feels “degraded and dehumanized” by your most recent sequel featuring his character, there’s something wrong. There’s so much wrong with this fourth sequel to Ted Kotcheff’s 1982 original—which still holds up, incidentally—it’s hard to know where to start.

Sylvester Stallone has had a remarkable career, actor, writer, and director, Oscar-nominated for iconic characters, responsible for multiple franchises (including The Expendables and Escape Plan) and multiple comebacks to public favour. While the Rocky franchise has gracefully ceded the ring to Ryan Coogler and Creed, offering Stallone the chance to bring nuance to Rocky Balboa without having to beat the crap out of some other dude, the Rambo series has been nowhere as successful.

The first film, which depicted a lonely Vietnam vet with “a special set of skills” was an action thriller with its heart in the right place, sympathizing with soldiers who weren’t welcomed back by the country they served. 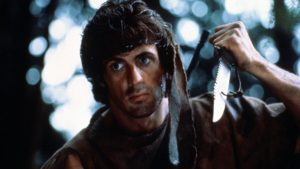 It’s still the best of the bunch, while the Rambo: First Blood Part II turned John Rambo into a pumped-up, explosive-arrow shooting, Reaganite superhero, rescuing MIA American soldiers left behind in Vietnam. He was even more of a cartoon in Rambo III while helping the mujahideen in Afghanistan against the Soviets. 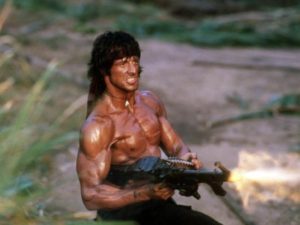 Stallone left the franchise alone until 2008, when Rambo returned a wreck of a man living on a river in Burma, still carrying the weight of years of violence and pain. Having become a human weapon, I appreciated the idea that he needed to live a solitary life, where he could do the least damage. This is the most violent entry in the franchise, with the possible exception of the new one. 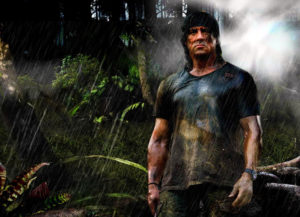 The first thing that’s wrong with Rambo: Last Blood is it wants us to accept John Rambo has returned to the United States and maintains a semblance of a normal life. (This was also the structure of Homefront, a grim little action picture Stallone wrote years ago that was supposed to be a Rambo sequel but was turned into an unremarkable Jason Statham vehicle.) The only thing genuinely weird about this damaged vet is he’s constructed an elaborate latticework of tunnels under his ranch property, doing a little metalwork, the whole deal. You think this is gonna be important later? 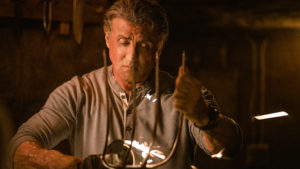 He’s got a 17-year-old niece, Gabrielle (Yvette Monreal) who he dotes on. Her father was a bad man who abandoned her when she was a child, and now that her mother has passed away, she wants to find him and get some answers. He lives in (what the movie wants you to believe is) a hive of scum and villainy, Mexico.

That’s another thing that’s wrong with this picture—it’s a Trumpian wet dream. Rambo warns her against trying to find her father, but she won’t listen. 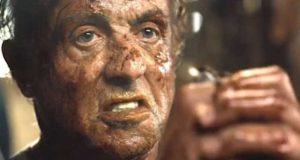 Naturally, she’s abducted and sex trafficked in some unnamed Mexican city, and Rambo has to go down there to break and tear the collarbone right out of the skin of some fellow who’s partly responsible, and then stab a bunch of others, getting a modicum of help from a local journalist (Paz Vega), who doesn’t really need to be in the picture at all. 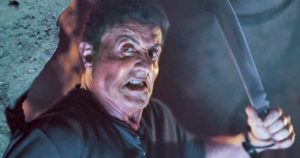 This is a terrible movie. It’s poorly written, acted, and Stallone, at 73, no longer moves in a way that convinces as an action star, and is barely intelligible. Beyond that the movie is politically abhorrent, ridiculous, and, except for about 10 minutes in the last act when a lot of people die, dull. Whatever problems the other Rambo movies had, at least they weren’t dull.

So, that’s what’s wrong with it. For starters.