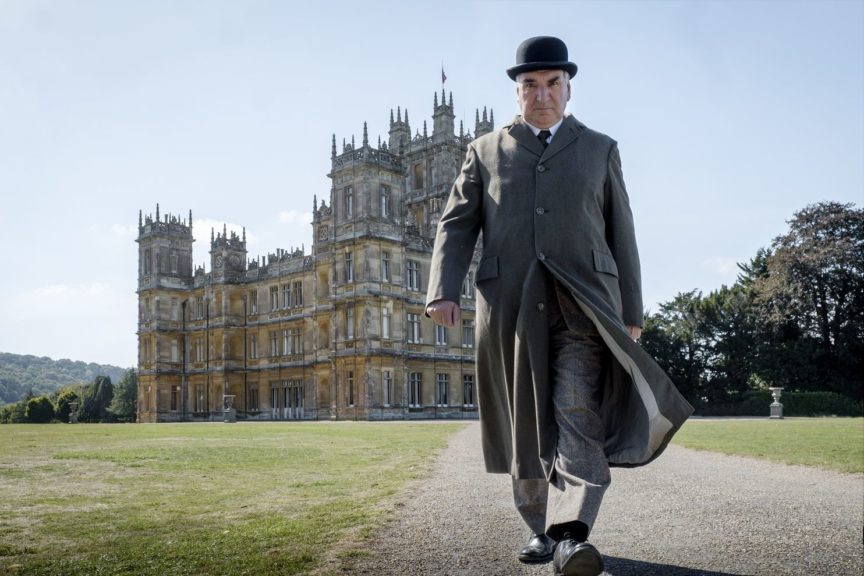 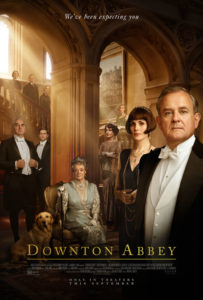 Television series that make the jump to the big screen usually manifest in one of two ways: they wrap up plot threads that the series wasn’t able to knit before the show ended—the Firefly movie Serenity is a good example of this—or they serve as a reunion of the cast in an extended, bigger-budget version of a series episode. That second possibility describes the Downton Abbey movie to a cup of tea. 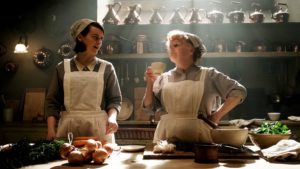 It’s 1927, and we’re back at Downton, the regal Yorkshire estate and seat of the Crawley family, led by Robert, the Earl of Grantham (Hugh Bonneville) and his American wife, Cora (Elizabeth McGovern). Their two daughters, happily married off in the series, are also present, Lady Mary Talbot (Michelle Dockery) and Lady Edith Pelham (Laura Carmichael), and Irish republican and former mechanic, Tom Branson (Allen Leech), who was married to their other daughter, Sybil (who passed away back in, I think, Season Three), and elevated from his “below stairs” status. 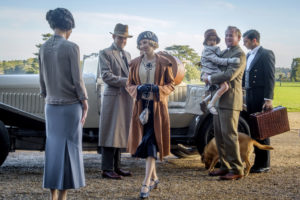 OK, deep breath. I’ve only mentioned about a 10th of the full cast of this sprawling ensemble. I promise I won’t offer detail, or even name, every character in this thing. Remember, this was written by Julian Fellowes, who also wrote the Robert Altman classic Gosford Park. This is a guy comfortable writing a lot of people moving around the board. 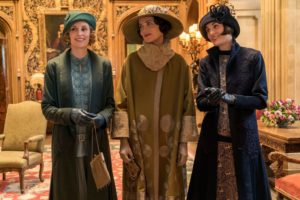 The plot pivots on the arrival of King George V, Queen Mary, and Princess Mary (it’s hard to keep track of these royals with the same names) to the estate for a luncheon and a parade, but it’s not the upper-stairs people who are truly inconvenienced, it’s the staff below—by having their positions displaced by stuffy Buckingham Palace functionaries—including (I must mention some of them, it’s only fair) Mr and Mrs Bates (Brendan Coyle and Joanne Froggatt), kitchen staff Daisy and Mrs Patmore (Sophie McShera and Lesley Nicol), and housekeeper Mrs Hughes (Phillis Logan) and retired butler Mr Carson (Jim Carter), who gave up his post I recall due to a neurological illness, which has been forgotten here. 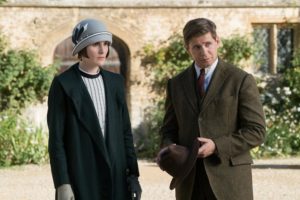 I described the Downton Abbey movie like an extended episode, but it might also be fair to call it a condensed season. The picture crams a great deal of event in its two-hour running time, from a clumsy subplot involving an attempted assassination to a night out revealing the furtive good times had in the local gay community that also never bothers to explain the plot-convenient absence of one character at a key moment. For fans of the series, none of this will feel awkward, only that the movie insists on shifting between so many different subplots that, if the show had instead committed to another season on TV, it could’ve easily filled it with many more hours of compellingly soapy entertainment. 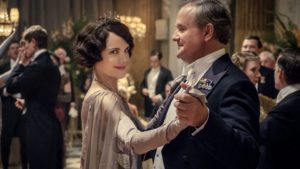 Welcome are a couple of genuinely interesting characters: Imelda Staunton appears as Maud Bagshaw, both a part of the royal entourage and also another branch on the very leafy Crawley family tree. She has a long standing beef with Cousin Violet, the Dowager Countess (the always wonderful Maggie Smith, who naturally gets the best lines here), but the most intriguing mystery is around the disposition of Maud’s ladies’ maid, Lucy Smith (Tuppence Middleton), and a possible romance developing between her and Mr Branson. 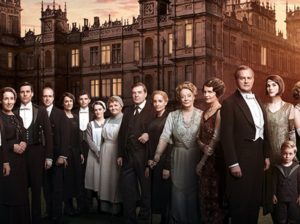 All of it is fine. Ask me if I’d have rather seen another season of the show, even a truncated one, and I’d have waved a pearl-handled cane in that direction. We’ll take this in the absence of the other. Who knows what people who haven’t watched the series will make of it—I wish them well piecing it all together. 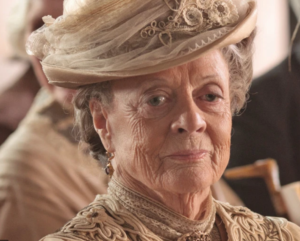