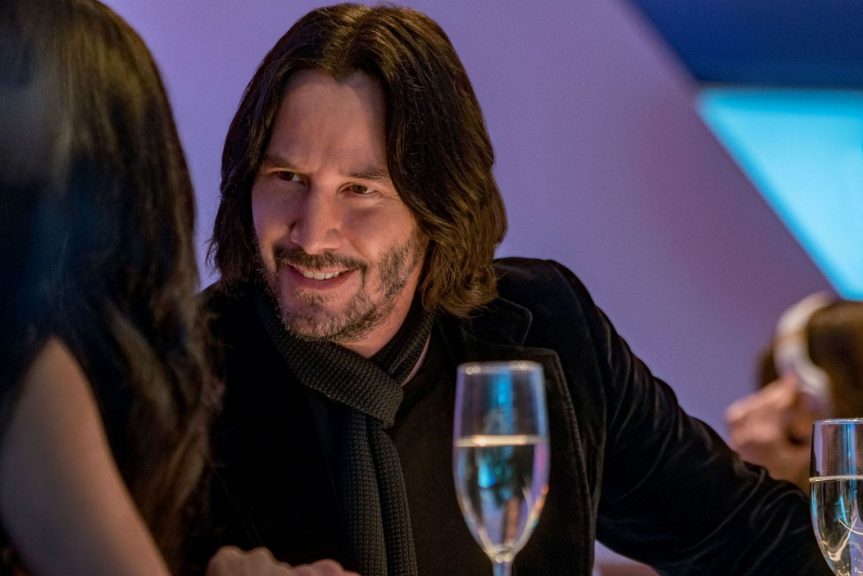 Knock Down The House | Netflix 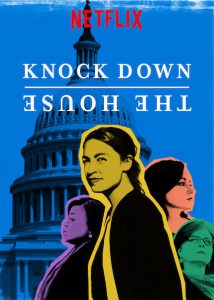 The inspirational documentary offering evidence that there are still leaders in the United States whose motivations are respectable, responsible, and righteous. The film follows the primary campaigns of four progressive Democrats, all women, all very different from different states, and all of whom are looking to make a difference in their community for personal reasons. Alexandria Ocasio-Cortez is the star—and she would’ve been even if she hadn’t won—but the others, Amy Vilela, Cori Bush, and Paula Jean Swearengin, are all fascinating in their own ways.  The documentary doesn’t dwell on their policies as much as their grassroots spirit, and their need to help working people improve their lives. With the possible exception of the oligarchs in power, almost anybody would be inspired by that. This is an immensely moving film, and coming at a time of such cynicism and hopelessness, it’s a potent shot of optimism to see there are still people in a political system so corrupted by money and influence who are willing to work for change.

My Dinner With Hervé | Crave/HBO 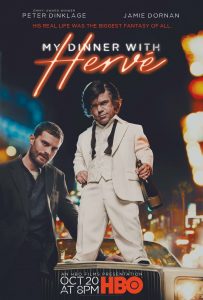 A delightfully trashy biopic of the French-American actor Hervé Villechaize, written and directed by Sacha Gervasi, the script based on Gervasi’s own encounter with the star of The Man With The Golden Gun and Fantasy Island one night in 1993. Danny Tate (Jamie Dornan) is an Irish celebrity journalist working for a London newspaper who heads off to Los Angeles for an interview with Gore Vidal, and when it goes south, Tate conducts a combative interrogation of Villechaize (Peter Dinklage) through the night, complete with attendant strippers, a stretch limo, and inebriated Hollywood Hills confessions. The flashbacks to Villechaize’s glory days on TV (Andy Garcia makes a credible Ricardo Montalbán) and life-of-the-party excesses are the best bits, while the the “present day” stuff only keeps the interest in fits and starts, with a tendency to steer too deeply into Hollywood fame cliche. Dinklage shines throughout and the irony is vivid and obvious: he has many times the talent of the man he’s portraying. That fact makes the whole production feel a little like Tim Burton’s Ed Wood, a work of compassion.

Don’t Worry, He Won’t Get Far On Foot | Prime 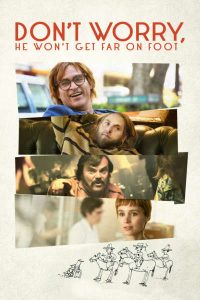 Based on the true story of John Callahan, the Oregon-based cartoonist who became a paraplegic in a car crash, and later found fame through his frequently controversial work. The picture flashes forward and back, to the day of the crash, and to his various alcoholic binges, the hospital, the therapy, the humiliations, the self-pity, and the eventual confrontation of demons and professional success—it achieves a wonderful exchange between sentiment and complete, clear-eyed honesty. As Callahan, Joaquin Phoenix does incredible work, showing multiple sides of this troubled man while surrounded by a host of solid support from the likes of Jonah Hill, Rooney Mara, and Jack Black, and a few musicians-turned-actors, Beth Ditto, Kim Gordon, and Carrie Brownstein. The MVP here is director Gus Van Sant, who for years has been providing in his films a distinct and impressive style, and the very thing that’s crystalized here—a deft tonal balance. 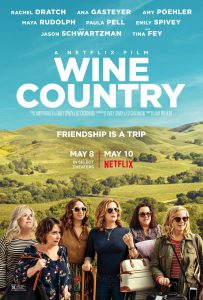 It isn’t perfect by a long ways, and plays fast and loose with formula tropes about middle-aged women and Millennials, but I haven’t laughed this much at any other movie this year. Amy Poehler’s feature debut has a comfortable, lived-in feeling, and a cast that owns it. Six women (Rachel Dratch, Ana Gasteyer, Maya Rudolph, Paula Pell, Emily Spivey, also a co-writer, and Poehler) who’ve been friends since they were in their 20s get together for Dratch’s character’s 50th birthday in Napa. They’ve each got some kind of life challenge they’re wrestling with; a bad marriage, bad health, bad job, no job, or just getting old—but the cast, all of whom are veterans of Saturday Night Live, either in front of the camera or the writer’s room, deliver all the humour that’s required, with support from Cherry Jones and, in his first genuinely adult role, Jason Schwartzman. A disappointment—aside from a silly scene in the third act where the group falls down a hill—is Tina Fey, playing the woman who owns the house they’re staying in. I dig Tina, but here I didn’t believe her for a second. 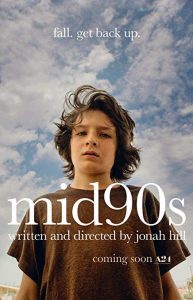 Written and directed by Jonah Hill, this scrappy little indie was shot on 16mm, and feels like a nostalgic look back at the filmmaker’s youth. Sunny Suljic is 13-year-old Stevie, who hangs out a Los Angeles skate shop circa 1995. His brother Ian (Lucas Hedges) gives him a skateboard, and he spends all his time learning how to stay on it so he can be cool like the other skate kids. The home life is rough, mostly because Ian is miserable and takes out his anger on Stevie, who’s also into self-harm, while Mom (Katherine Waterston), tries to hold it all together. Despite the domestic darkness, the film has a breezy, hang-out charm, and more than a little humour. I enjoyed the golden-hour light in most of the scenes. Heavy on the nostalgia in the music, and that great score gives it a dreamlike haze, with Hill making a few fun directorial decisions. It’s weird to see Lucas Hedges playing the obnoxious, muscle-bound brother, this movie’s version of Chet from Weird Science, instead of his usual sensitive soul, but you can see he’s carrying his own kind of pain. Full marks to Hill’s skate-punk cast and their painfully inane conversation, including Na-Kel Smith, Olan Prenatt, Gio Galicia, and Ryder McLaughlin.

Always Be My Maybe | Netflix 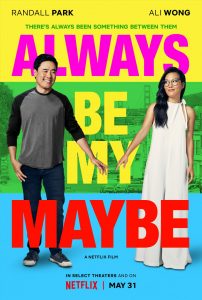 Last year Crazy Rich Asians broke ground as a mainstream romcom with an entirely Asian cast. This one capitalizes on that market breakthrough, a charmer that subverts a few the typical genre conventions with sharp observations of Asian-American society. San Franciscans Sasha and Marcus (Ali Wong and Randall Park) were childhood friends who lost their virginity with each other, which soured their friendship. Years later, Sasha is a celebrity chef while Marcus still lives with his dad, installs air conditioning, drives a 25 -year-old Corolla, and sings in a band called Hello Peril that’s objectively awful. Everyone in the movie thinks the band is great, which seems like one of the movie’s weirder jokes—fortunately the rest of the script zings. Sasha and Marcus are actually pretty miserable, and they don’t make each other much happier. Their friction is welcome, and the gender switch, where she’s the successful one, is a nice twist. Why he’s so reluctant to embrace change isn’t really explained, but otherwise there’s a lot to enjoy here.  The highlight is an appearance by Keanu Reeves, who stars as a space cadet asshole version himself. It’s something to see.