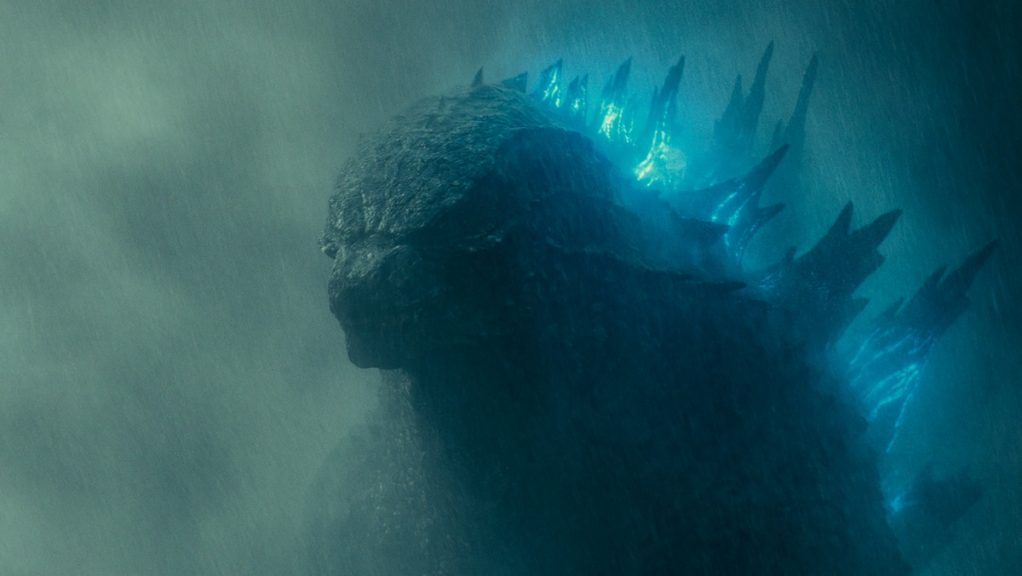 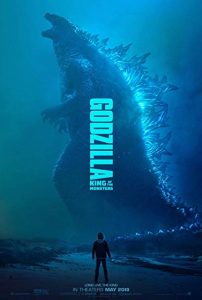 It rains a lot in this new Godzilla movie.

It’s a sequel to the last (American) blockbuster starring the gigantic, radioactive lizard—not the excellent Toho Godzilla picture from a couple years ago—and connected to a cinematic universe that includes that recent King Kong movie.

As I was saying, lots of rain. Coming out of the cinema, it was like walking into the movie, given the chronic rain we’ve been seeing here in Halifax. The amount of rain we’ve had lately, it’s totally Godzilla: King of The Monsters-esque. I tweeted about the endless grey skies back in April, and the sun has shone maybe four or five full days since then. I think that’s right. Like, four or five times in the past six weeks. It’s amazing we aren’t all killing ourselves from sheer, concentrated Seasonal Affective Disorder. 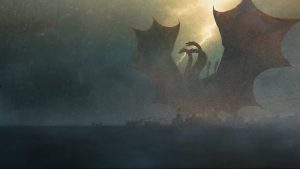 Given the confused and confusing plotting in Godzilla: King of The Monsters, it’s entirely possible that’s what’s motivating many of the “titans” in the movie. At one point, Mothra, the gigantic moth monster, shines with an inner glow, and the guy Kyle Chandler plays in the movie, fuck knows what his name is, is dazzled by the giant moth monster. I remember what the sun looks like, and it looks like Mothra.

Would the actor, Millie Bobby Brown, have had any exposure to Godzilla before this movie? Seems unlikely. If she hadn’t, I’d point her to that excellent Toho Godzilla picture from a couple years ago. 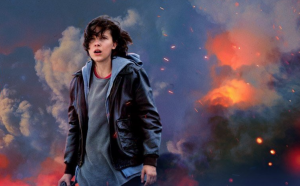 I wouldn’t point her to the movie she’s in, because a lot of it is just shit.

All of the human elements, including hers, are badly scripted, don’t make a lot of sense, and even go so far as to contradict what was previous established. Vera Farmiga’s character, I think her name might be Emma, has an opportunity early on to explain herself—she has some kind of Thanos-esque idea to cull the lives of millions while she grieves the death of a child—and provide a thematic thrust to this effort, but after that, it is just shit. Her motivations change when her intent conflicts with her daughter’s (Brown), but it’s never clear who’s worth rooting for here. There’s Farmiga and the always welcome Charles Dance, who want to release the monsters, there’s the people in Monarch, the mysterious government entity, who want to release the monsters but only in controlled circumstances, and then there’s the military, who want to kill the monsters, but at one time or another, they all seem to be working for the same outcome. If they’d chosen to make it Millie Bobby Brown’s film, where she was the real star of the show, that would’ve been great, but instead she’s just one of the humans making bad and/or inexplicable decisions.

Ken Watanabe and Sally Hawkins have the good taste to look slightly embarrassed, while Bradley Whitford gets a bunch of sarcastic lines before he helps blow up Atlantis. Actors spend 90% of their screen time looking up in terror. 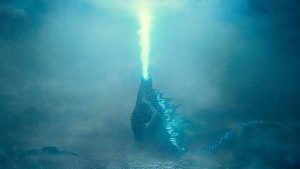 The monsters are fun, though, as they fight each other in the rain. And, that one time when Mothra shines through the clouds like the sun.